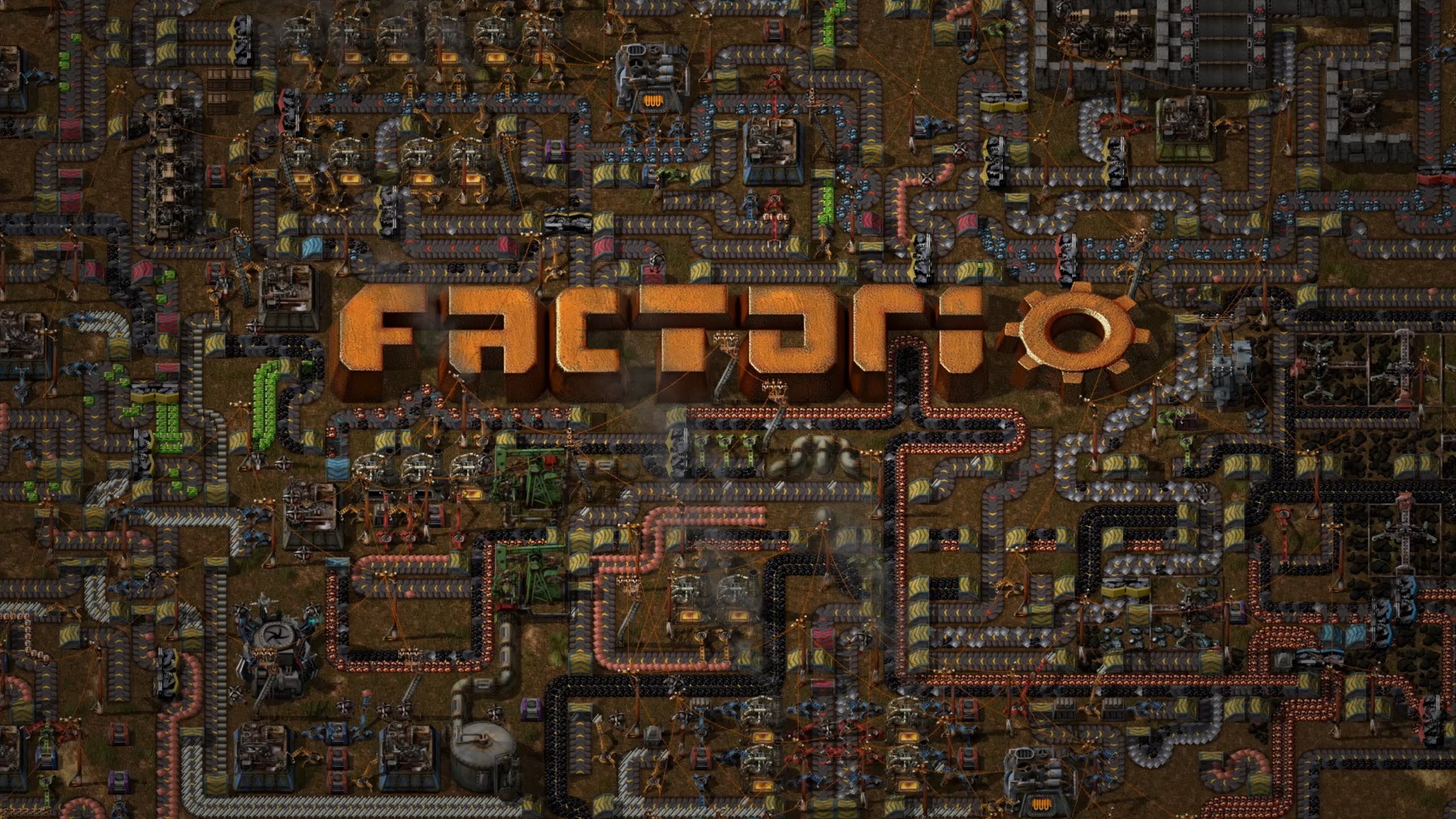 Factorio is a game in which you build factories and support their work.

At the initial stage of the game, you will manually chop trees, extract ore and create simple manipulators and conveyors, but after a while you will finally be able to climb up to the energy industry with huge solar farms, distillation and oil refining, build robots and deploy a logistics network, configured for your resource needs.

But the hard exploitation of the resources of the planet will not be left without attention of local residents, so you will have to be ready to stand up for yourself and your mechanical empire.

Combine forces with other players in the Network game, together create huge factories and distribute tasks between your friends.

Add modifications for every taste, from the smallest improvements to the complete change of the game. Support for mods Factorio allows you to create new content with interesting or unusual features.
The main mode of the game is the sandbox, however for fans to cope with interesting and complex tasks there is a set of scenarios available as free DLC.

And if existing maps and scripts are boring, you can create your own using the in-game map editor. Arrange objects, enemies, customize the terrain and add your own scripts to diversify the gameplay.

After payment you will receive a licensed copy of the game to your STEAM account. The game is sent by gift through adding to friends in the incentive. ‣ This item can only be sent if the country of your Steam profile is RUSSIA.
‣ The game can not be placed in inventory.
‣ Delivery is carried out in manual mode (usually a couple of minutes).

Raft (Steam - only for Russia)