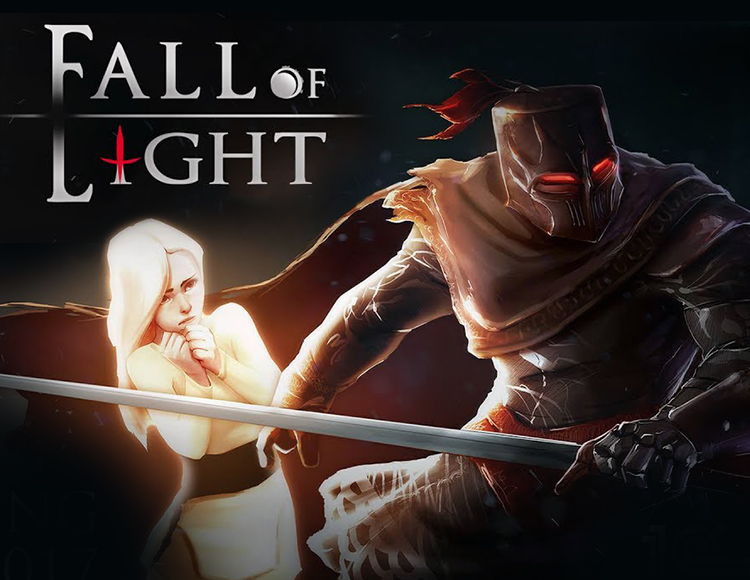 Uploaded: 02.10.2021
Content: fall_of_light_0006.txt 0,02 kB
Loyalty discount! If the total amount of your purchases from the seller servicesoft more than:
If you want to know your discount rate, please provide your email:

After payment you receive a link on which you can get the license key of the game Fall of Light from the official supplier - the company "Buka", for activation in the STEAM system.

Description:
Fall of Light takes us to a world of darkness, where the protagonist, an elderly knight, leads his daughter to show her the last remnants of the world. Only together they will be able to defeat the creatures of darkness that stand in their way. Lack of light and stylized graphics underscore the gloomy atmosphere of both the above-ground world of Fall of Light and the underground, where the cradle of evil lies, threatening to destroy all life.

Inspired by games like Dark Souls and ICO, RuneHeads created an interesting and believable story. The plot of the game should lead to an eternal confrontation of light and darkness, good and evil, to a logical conclusion. However, the hidden truth remains to be found.

"In the beginning there was only a crying emptiness, in which writhing souls, imprisoned in non-being, wriggled. Then Lutz pierced the darkness, and warmth and order came. It is time for people and it lasted many eras. But the fourteenth of them became the time of Darkness ... "

The main character of Fall of Light, the elderly defeated warrior Nix, is in the dark corridors of gloomy dungeons. He makes his way through the insidious passages of the above-ground world, battling with messengers of darkness in abandoned temples. The player has to overcome many mysteries and deadly traps to achieve the goal - to bring his daughter Eser to where there was still light on Earth.

Fall of Light will be a real gift for those who love exploring the world. Meet unusual characters, look for hidden secrets in every secluded corner, and learn more about the history of the gloomy world around you. Find the best combination of melee weapons, crossbows and shields, the best fighting technique and be ready to face the hordes of cunning enemies. And most importantly, protect your daughter from enemies, for she is your ray of light piercing the darkness, and the key to forbidden passages.

Features of Fall of Light:

• 7 classes of melee and ranged weapons;

• Accompany and protect your companion, Eser, an indigo child;

• Fight with dusk, soldiers of darkness and underground bosses;

• Uncover the many secrets and change the world around you.