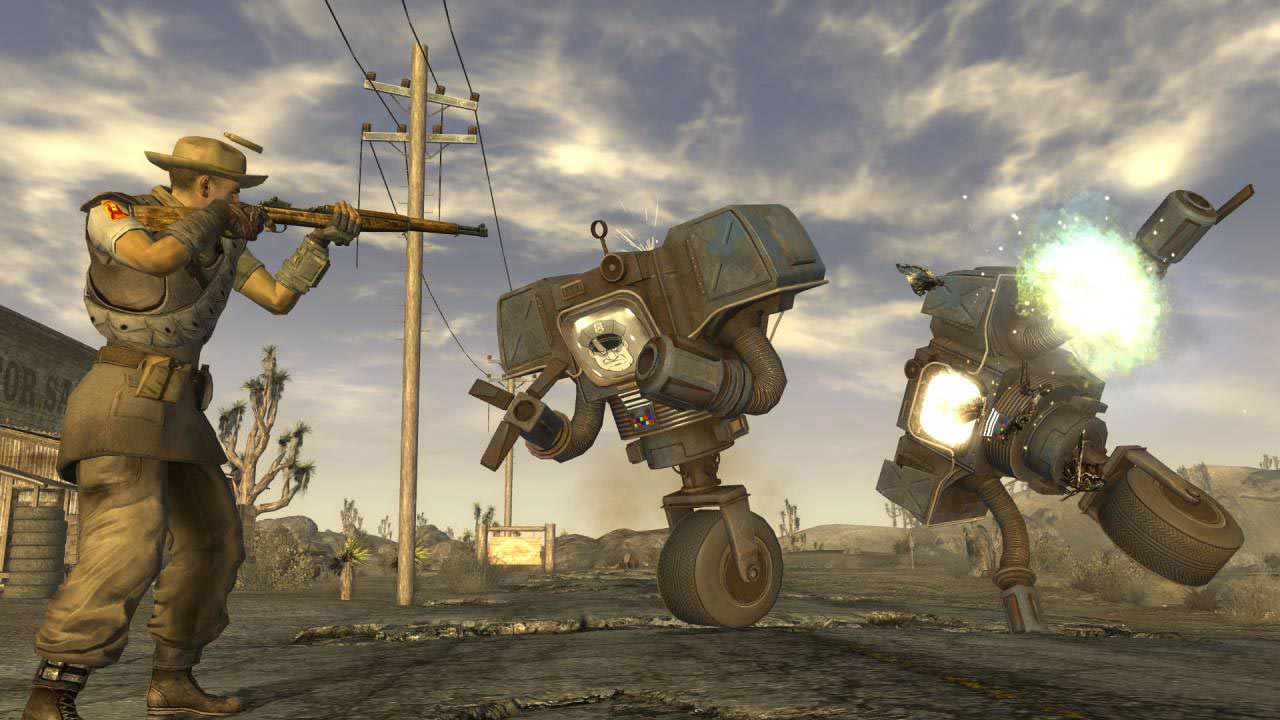 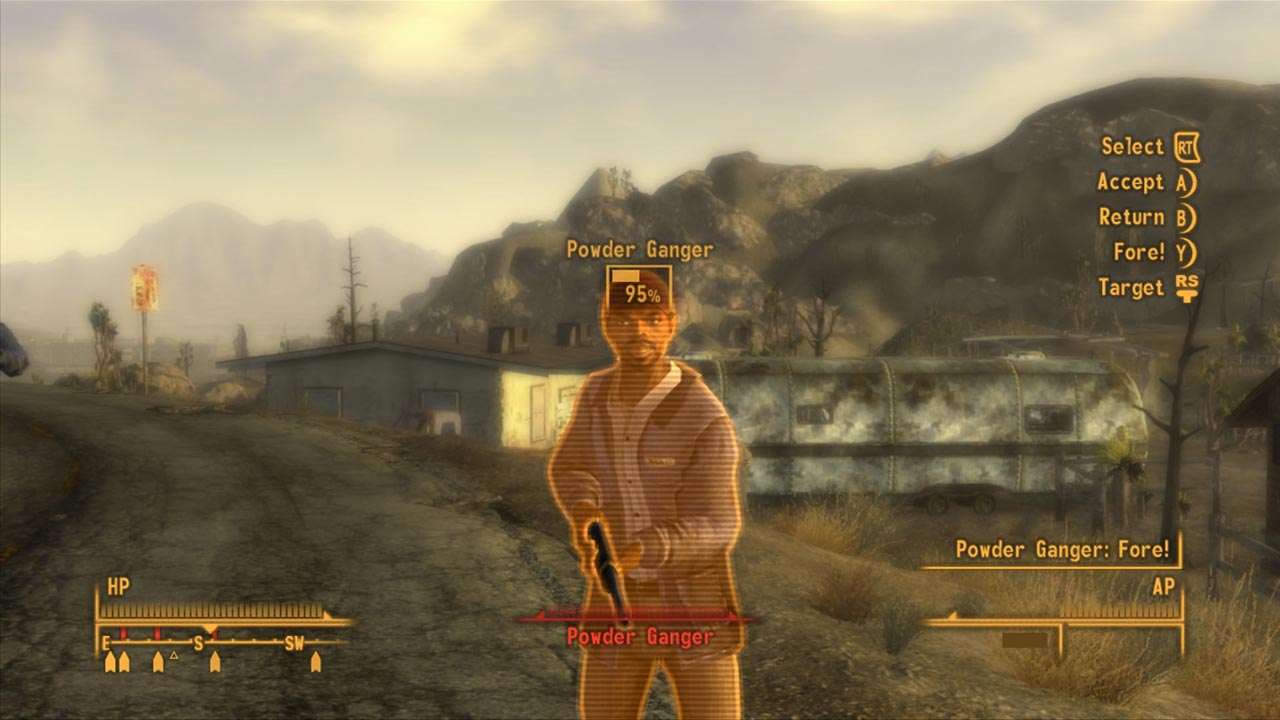 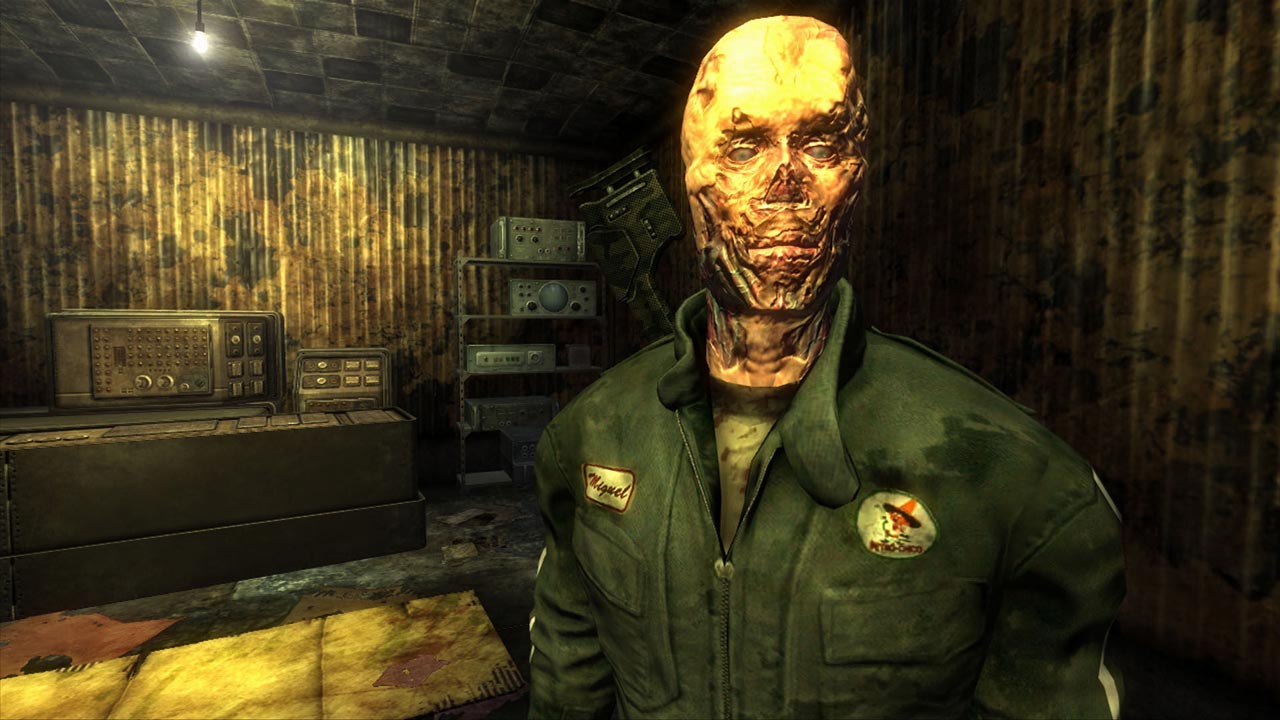 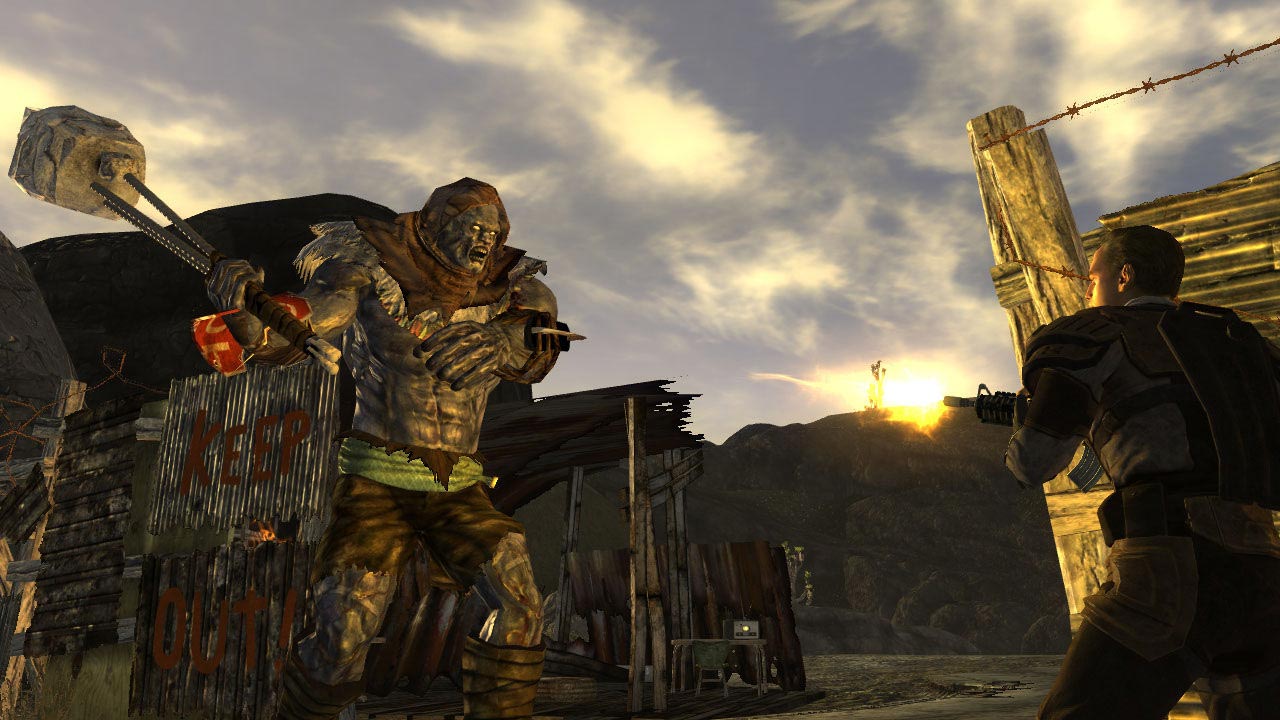 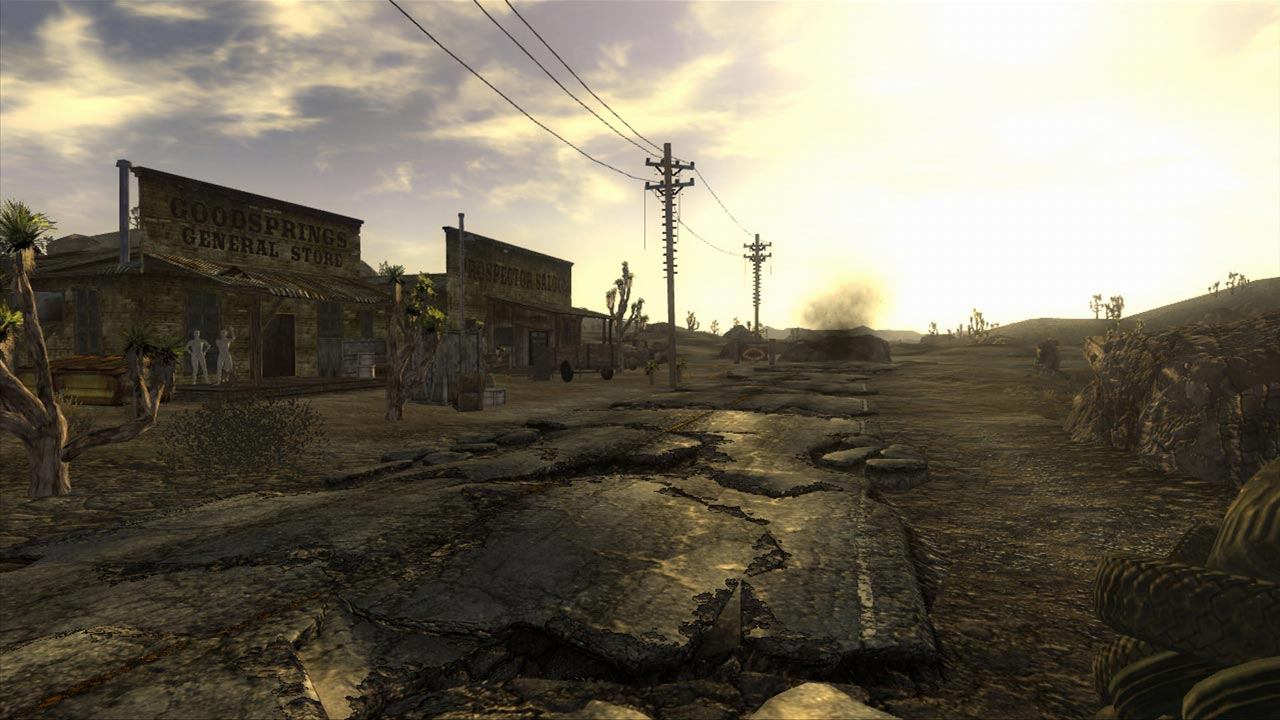 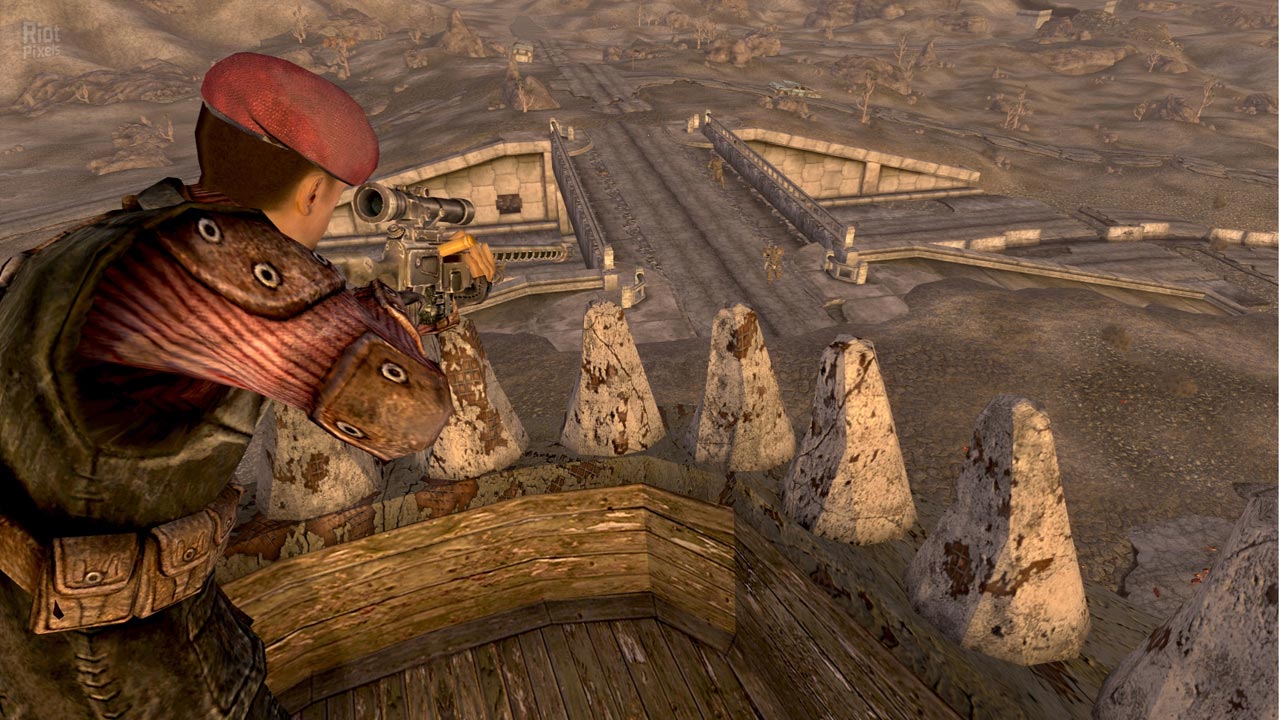 =======================================
Welcome to Vegas. New Vegas.
Then you have to dig your own grave beforehand, because before the death the brave will not drink tequila ... well, it´s just flowers. Vegas is a city of dreamers and thugs, whom the warring organizations have sent here to finally take over this, as they say, an oasis in the middle of the desert. This is the place in which the right person with the right cannon can do a lot of any work for those or other people, so as not to let some loser stand in his way.
Battling in the vast wilderness of Mojave, Hoover´s colossal dam, or in the neon strip of Vegas, you will gradually find out completely new people, get acquainted with greedy organizations, find special cannons, a bunch of mutated creatures, and much more. Choose your side in the war with the motto "The winner takes everything" and declare yourself the King of New Vegas in the continuation of the best game of 2008, Fallout 3.

• Feel the vibrant life of New Vegas! Even the fallout did not reduce the amount of dirt, deception and lust in the City of Sins. Discover new latitudes of deserts: start with small villages in the wasteland of Mojave, and then head into the beckoning Vegas Strip. Look at the Great Southwest as much as he would in Fallout
• Warring organizations, characters with a deep history and a crowd of enemies! Between rival organizations boils the war, which, afterwards, should change the life of every visitor to the New Vegas. Your choice will affect which characters, creatures, friends and enemies you meet and, in the end, affect the outcome of all this epic zavarushki
• New systems! Experience new sensations in Fallout: New Vegas with things such as the Companion Wheel, which will allow you to easily manage your team-mates; The reputation system influenced by each of your actions, and, finally, the great and terrible Hardcore mode in which you can find out whether you are a weakling or a thunderstorm of all life on Earth. In the melee system, new attacks were added, which bring a new meaning to the phrase "close and clear." Use V.A.T.S. to stop the battle, aim at certain parts of the enemy´s body and build a chain of punches, or fight immediately, without any courtesies and benefits in real time
• Arsenal with amazing new cannons! With a choice of weapons that are 2 times larger than Fallout 3, you´ll find a thousand and one ways to end your enemies. In addition, Vault-Tec engineers invented and implemented a new weapon tuning system that will allow you to make your "toys" real monsters right here and now
• Let´s have fun! In this huge open world with an incredible amount of its features, you can either join on someone´s side, or be a harsh lone wolf. Be a peacemaker or a dangerous daddy, the court of the establishment or a wild cowboy - everything is in your hands