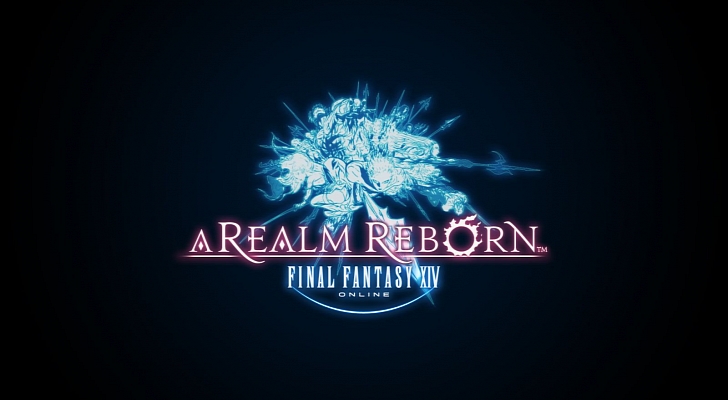 
Every second buyer (in random order) of all our products leave positive feedback - receiving one of more than 40 different games to Steam. What? This you know, when you get your gift in the mail.

It can be activated in the "Steam".


For a gift you must:

2) to leave positive feedback with a comment "I want a gift," and specify it your E-mail

Warning !! Gambling Review - You warrant that you have read all the conditions for a gift, and if something is not clear - ask.

The structure of the publication is:

This key can be used to create an account on the European servers only Final Fantasy XIV: A Realm Reborn.


The legendary Final Fantasy series from the company Square Enix returns to the vast online. The update of the saga unfold role in the world Eorzii where the real war begins.


In an effort to take over stocks of precious crystals Garleanskaya Empire sent a huge army to capture the land of its southern neighbor. The commander of the invasion forces, obsessed with thoughts of destruction, decided to tear down the moon and bring it down to the ground. Attempts to stop the madman were not successful, and the whole world was in the grip of ancient Bahamut, the embodiment of the universal horror. But the servants of the gods had the strength to open the portal, which found refuge bravest heroes Eorzii. It´s time to go back and challenge the forces of chaos! Final Fantasy XIV: A Realm Reborn has been redesigned to meet the wishes of millions of players. Single and group quests, improbable characters development opportunities, unique races combined with great graphic design. Updated interface, role-playing system, which allows at any time to change the class character and plot, in which you want to dive for a long time - all this puts Final Fantasy XIV: A Realm Reborn on a par with the best online games of our time. In addition, owners of personal computers and video game systems PlayStation 3 will be able to fight in a single universe, without any restrictions. In cities and towns there is something to do even the most demanding players. Fans will be able to quench the thirst of wandering profit, destroying countless hordes of monsters and monsters. Fans of more peaceful occupations will create a unique magical artifacts and plenty can go fishing in a stunningly beautiful rivers and lakes. And if you want to have fun with all the heart, this will always help Lalafell baby!

- One game on two platforms! Play with your friends in a single universe. Full compatibility between the versions of the game for PC and PlayStation 3.

- System Armoury. Unique role-playing system, which allows at any time to choose one of the nineteen classes for your character, simply by changing gear.

- Dynamic events FATE Eorziyu Change, attended the opening battles and trials that could affect the world around us.

- Your class, your rules. Due to the special approach to the races, classes and character attributes inherent in the series Final Fantasy, you´ll get a variety of occupations. Choose your style of play!


\u003cdelivery\u003e This product is distributed through the digital distribution, it represents the only pin and does not contain any packages and boxes. \u003c/delivery\u003e


Instructions on how to activate the key:

1. Go to this page - https://secure.square-enix.com/account/app/svc/register

3. Select your country and continue the registration process.

4. Accept the user agreement and enter your E-mail address.

5. Press Temrorary Registration. You mail will be sent, click the link in it.

6. Enter all remaining data and complete the registration process.

7. If you did everything right you will come to the post a message.

2. Go to the patch "Select Service" and select the game "FINAL FANTASY XIV".