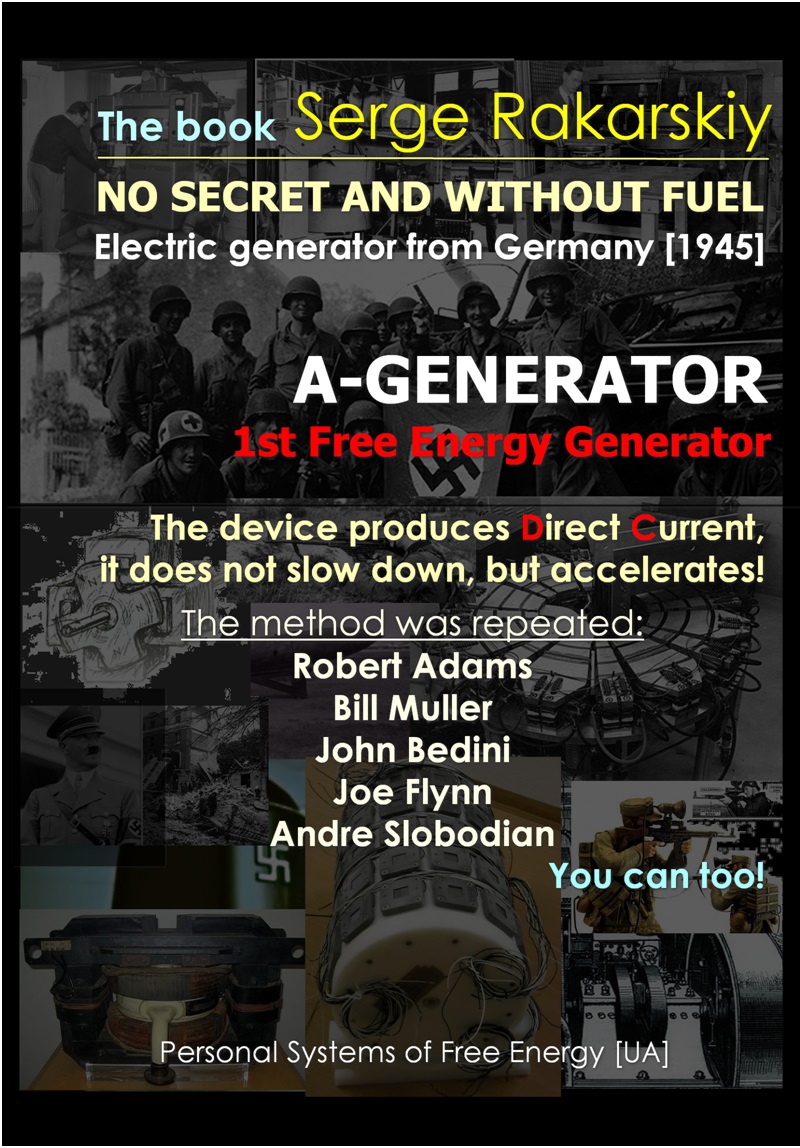 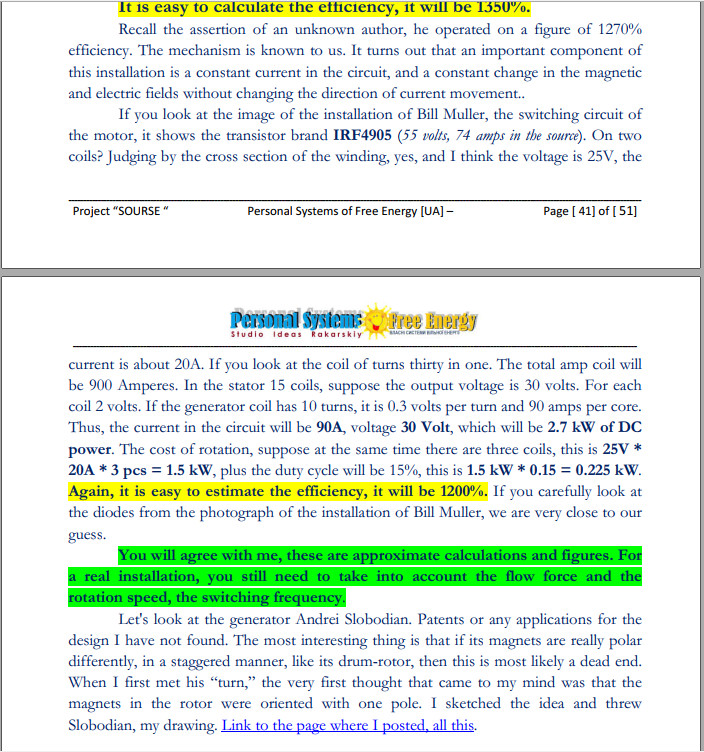 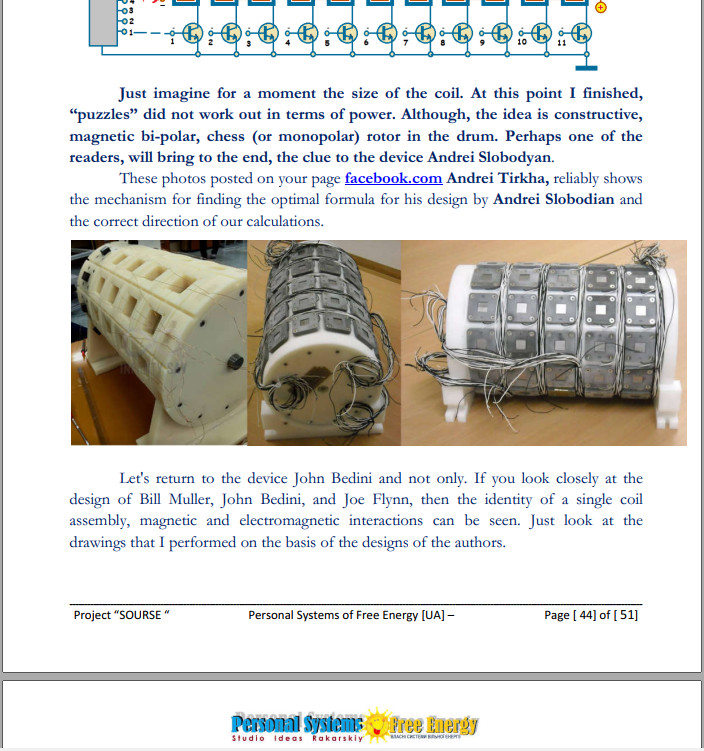 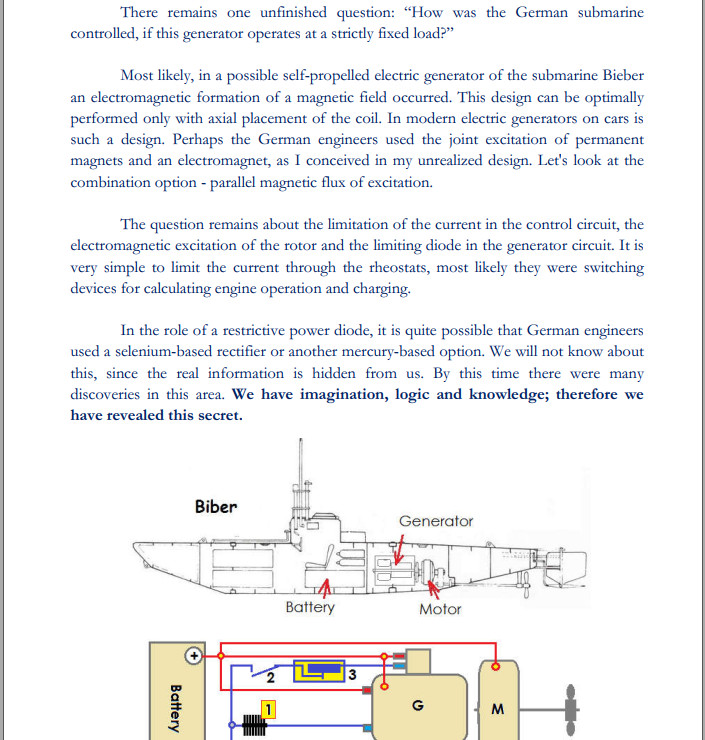 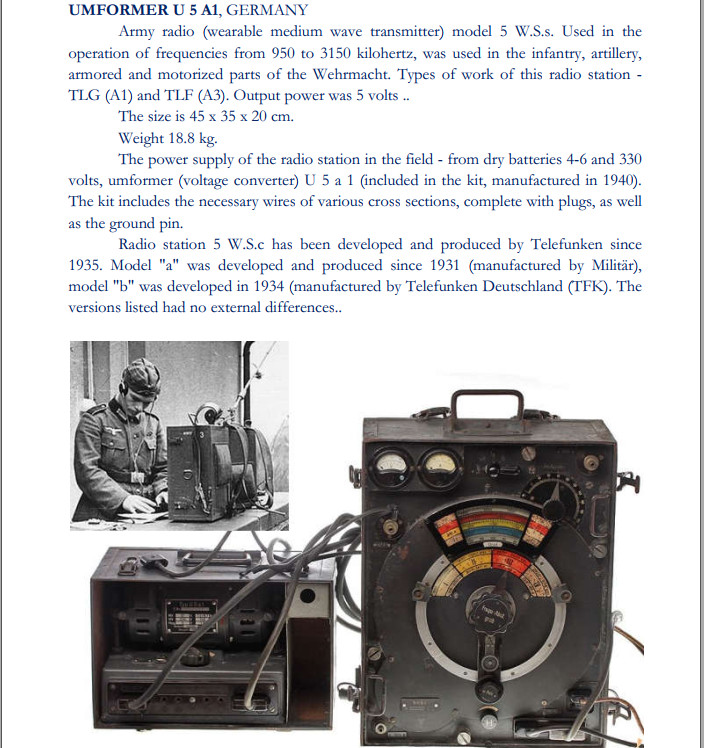 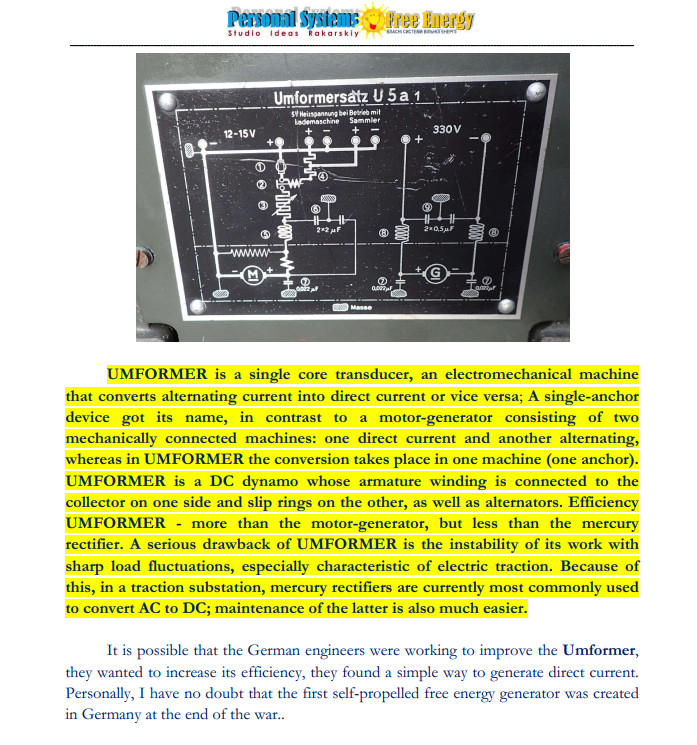 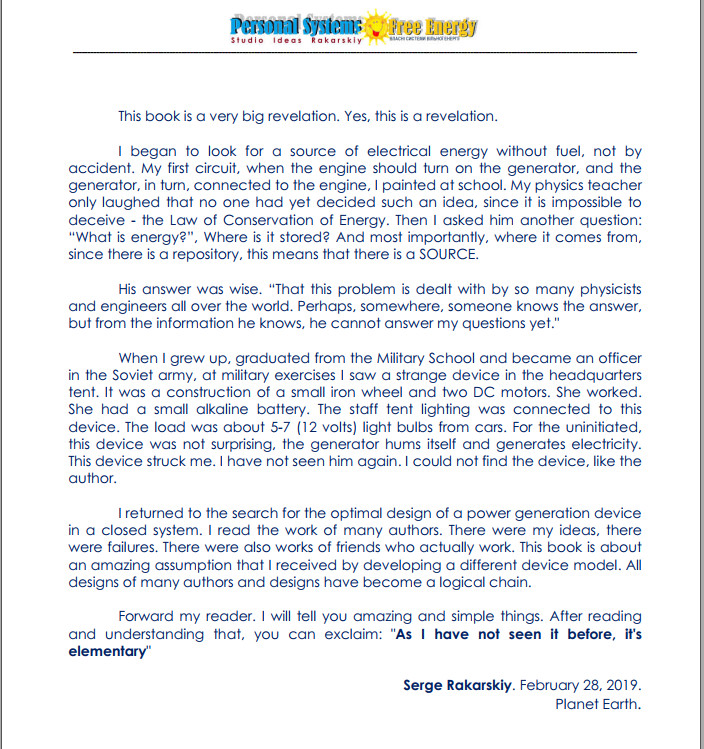 NEW! The book is in English.
The method without fuel, the generation of electric energy, which really works according to all the laws of classical physics.
The main thing is that this is a very simple circuit and a combination of magnetic switching.
The greater the load, the higher the speed of rotation of the magnetic rotor. The system provides DC. Legs grow out of the simplest device from Germany during the Second World War!
The network is not very, like to talk on this topic. Small notes Bedini. It is very likely that acquaintance with this project determined the further goal of creating the devices of radio engineer John Bedini. According to the works of Robert Adams and Bill Muller, these people are far from amateur in the world of electricity.
But, as rumors, about two German all-electric submarines. captured by the Russians at the end of the second world war? You can search for evidence, or unravel the device, I prefer the second option.
Devices can achieve efficiency of more than 1000%, and this is not a joke!
Learn how the method intersects when building Andrey Slobodyan.
After getting acquainted with the method, you will have only one reaction: “How elementary it all is!”

The book is in English. The book is sold "as is" Format PDF, 51 pages

No Mysteries and No Fuel, Free Energy A - Generator