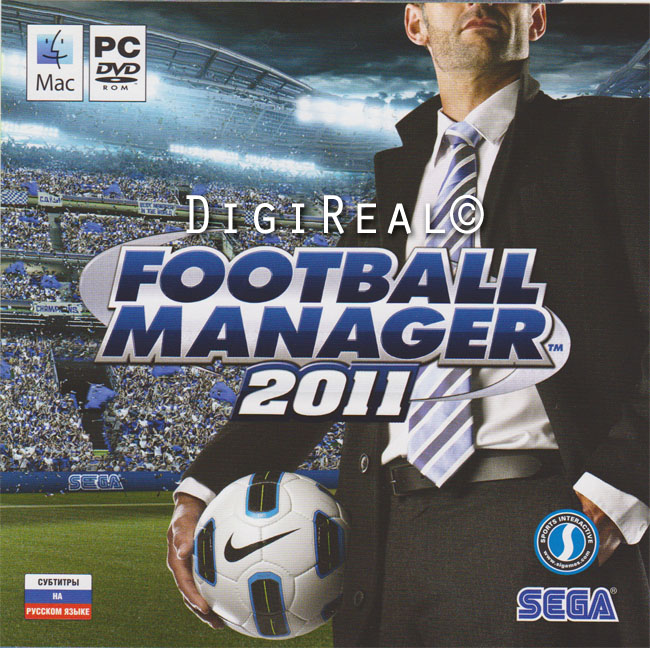 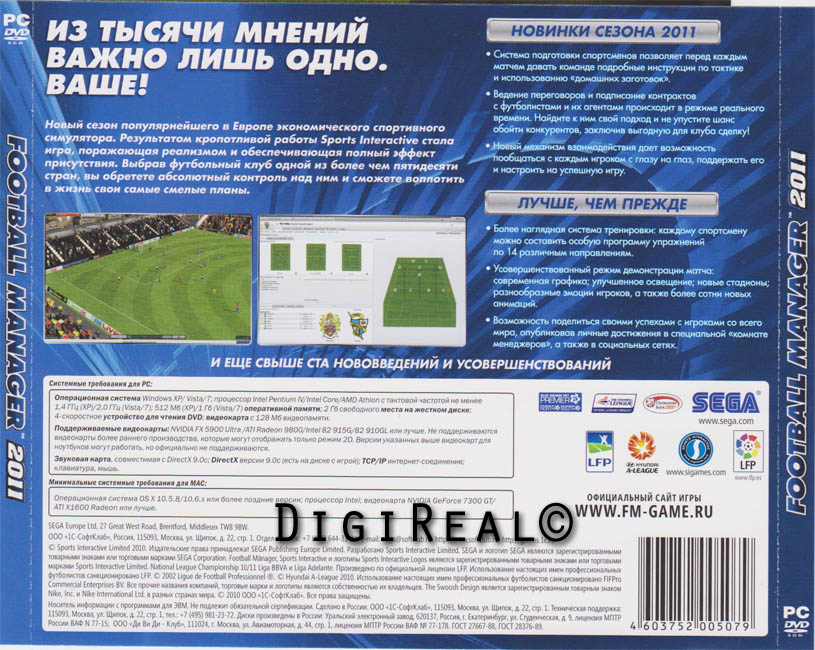 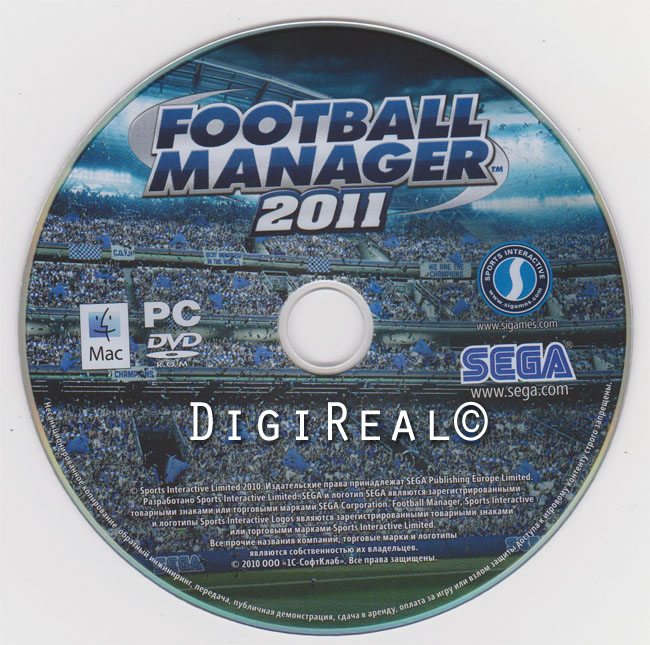 You buy the official activation key scan for Steam, Football Manager 2011 as a scanned image of the box with the licensed game from 1C.

Football - a game that won the hearts of millions and enjoying the same success - and as a professional sport, and in the format of virtual entertainment.

However, not all dream of laurels Lionel Messi, Cristiano Ronaldo and Andrei Arshavin. For those who see themselves not primarily a striker or goalkeeper, a "soldier and" efficient and able manager, is this game. Take any team under its wing: type players, conduct training and matches, transfer agreements and take part in international tournaments.

Do not miss the opportunity to look at football is not from the penalty and, on the edge of the field, to take control of your favorite team and lead it to the championship title!

Features:
• European hit - now in Russia. Football Manager - the most popular football game in Europe. Over its history, he has sold over 6 million copies and topped the charts for a long time sales, for example, in the UK.
• Russia - forward! . Now you can celebrate our country in the international arena. Choose your favorite Russian team and lead it to glory!
• The key to success - in communication. For the first time in the genre of football simulation economic managers can enter into contracts with players in real time. The developers studied in detail the working processes of sports agencies and as accurately embodied them in the project. Not all agents can easily go to the co-operation: each of them will have to find its own approach, while being careful not to lose precious time.

Caution
After activation serial key in the steam, the key becomes not valid, ie, re-use it is no longer possible, so be sure to remember all the details of your account! Without them, you will not be able to gain access to active games in the future.