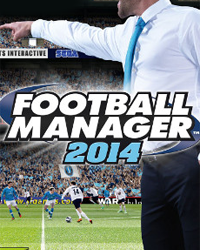 After the order, the system automatically (without us) instantly send you
mail license activation key games: Football Manager 2014 EU Region free * Multilanguage
to activate the system Steam
* Attention !!! To activate a key, in some countries, such as Russia, China, Singapore and so on podtrebuetsya
IP in such countries as the United States, or Germany, or France, and only in this case you can activate this code
* ATTANTION !!! Some countries (Russia, China, Hongkong, Singapore ..) need an ip USA or UK, Germany, France
to activate then region free mutilang

Game description:
• Football Manager 2014 is created on the new engine, 3D Match Engine. In Game
advanced artificial intelligence, lighting, animation athletes
it became more natural behavior of players in different situations on the field.
• In Football Manager 2014 update of the module was subjected to transfer. Henceforth
competing teams and their managers are more realistic transfer.
In addition, the game added a lot of options for transfers, existing
reality, such as the ability to return the player at the time of the club, from which
it was bought, or offer for the interests of the money and football players
his club.
• Even more believable began contract negotiations: Now
managers and board of the club can make their concept of the development team -
both the initial interview, and when discussing the renewal of the contract.
• Improved interaction between players, managers, and their rivals
media. For example, now the coaches make proposals
concerning the reserve players junior teams based on their impressions of their game.
• In Football Manager Classic managers can now choose to play longer
the three countries, which makes the gameplay even more fun and increases the sense of presence.
In the "quick game" came the last day of the transfer (Transfer Deadline Day),
Scheduler matches (Match Plan wizard), as well as a host of new unlockable materials.

!!! We take full responsibility for the products sold by us and give 100% quality guarantee!

!!! Thank you for your purchase! We will be glad if you become our regular customer
Left you a review of the acquisition of goods is very important for us !!!