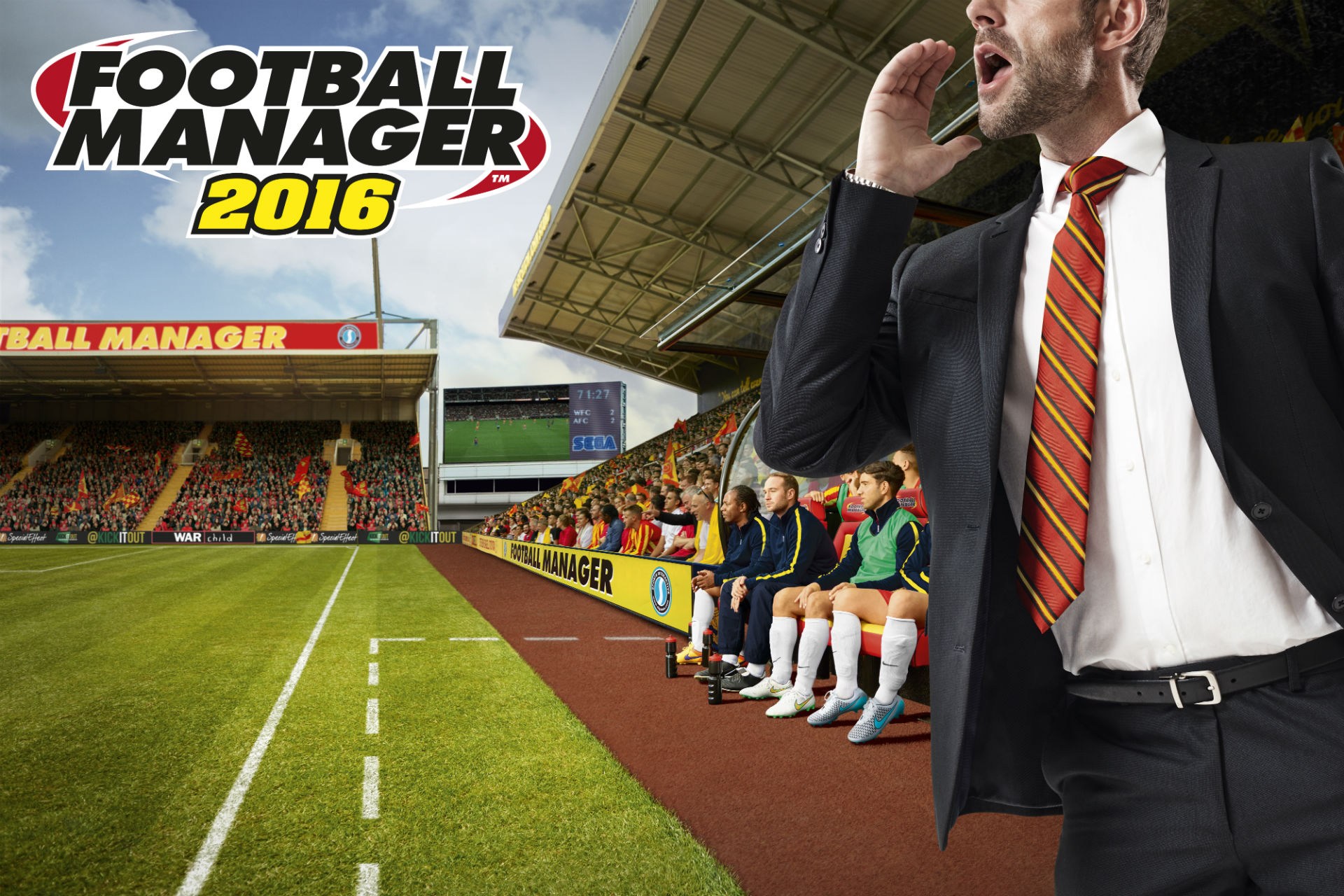 Football Manager - by far the most realistic, versatile and exciting economic simulator dedicated to football. A little more, and it will be completely identical to reality. Football Manager 2016 will offer to take control of the team from more than 50 countries. Only you will depend on who will come out on the field, and who will remain on the bench, he would write about your club and how the press will be solved the problem of athletes. That is, you define the behavior of the tactics on the field, instruct the team enter the game substitutions and give advice to the edge of the field during the match.

Features:
- New game mode - Create-A-Club. For the first time in the history of the series Football Manager 2016 will allow players to create their own club in any league available in single-user mode, Create-a-club. You can think of a name, choose the composition and even choose the colors of the club.
- New game mode - Fantasy Draft. Create a team of your dreams and come to a victory in the mode of Fantasy Draft. In the context of the same starting budgets every manager to create a team from scratch, competing with others for the best contracts and then proves the correctness of his choice in the mini-league.
- The manager at the front. Find yourself even closer to the epicenter of events - from now on you will literally be present at the edge of the field during the match, shouting advice, giving orders and, of course, celebrating success with the team.
- Improved matches. The game will be over 2 thousand new animations will also be enhanced graphics and artificial intelligence. All this will make the matches in Football Manager 2016 the most vivid and memorable.
- Key points. Sets the key points make it easy to return to the important episodes of the last matches (both its own and others´) to keep abreast of world events.
- Analysis of the matches Prozone. Strategic partnerships Sports Interactive and the leading sports research company Prozone possible to completely renovate in-game analysis system, adding many new features and facilitate its use.

Dear customers! We kindly request that if there are any problems with the purchased product, it does not immediately leave negative feedback. Write us a message in the correspondence (purchase page on the site Oplata.info). We will try to respond to your message as soon as possible and solve the problem promptly. It is noteworthy that the reason for exchanging or returning a purchased key (key) is that you must make an activation error, which can only be related to the purchase process and the attempt to activate it (a prerequisite is that the record should not contain signs of change).

Instructions on how to activate the Steam Key:

1. Install the Steam client http://steampowered.com/about (if not already installed).
2. Register a new account on Steam or go to the existing https://store.steampowered.com/login/
3. Open the Steam application on your PC and in the lower left corner select the item “Add game”, then “Activate on Steam”.
4. Enter the key.
4. After activation, the game will be displayed in the list of games that you can download at any place and at any time.