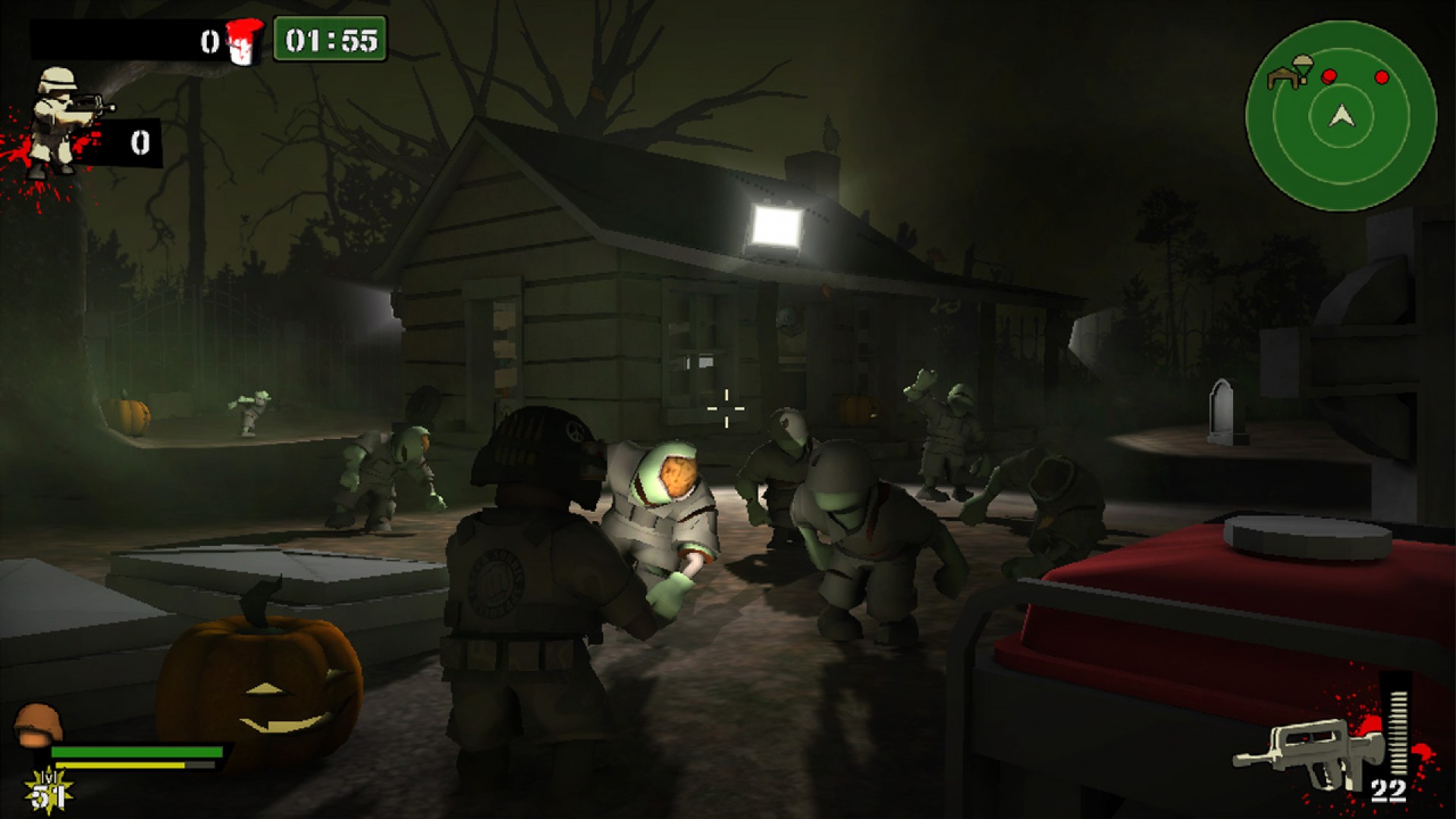 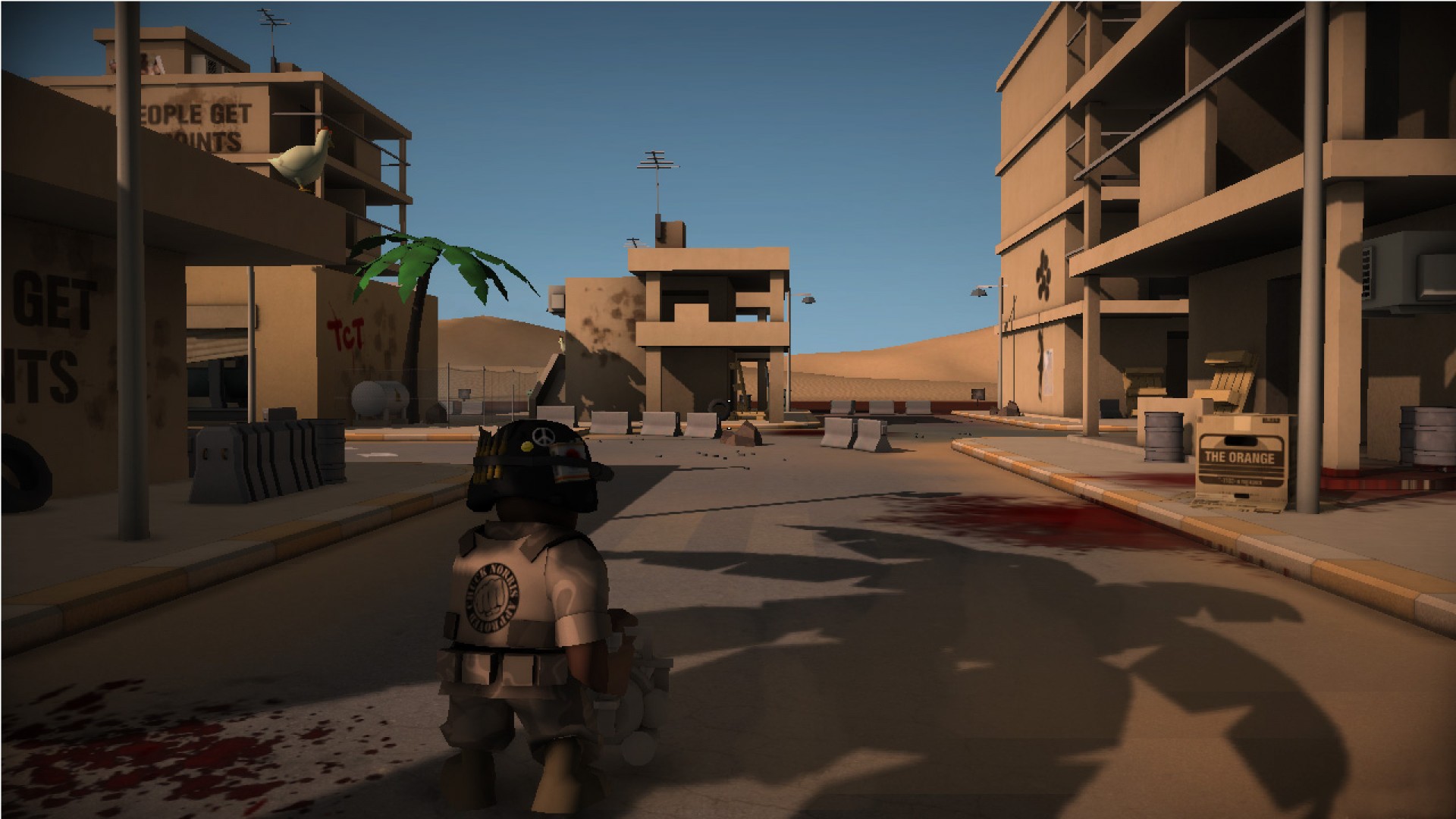 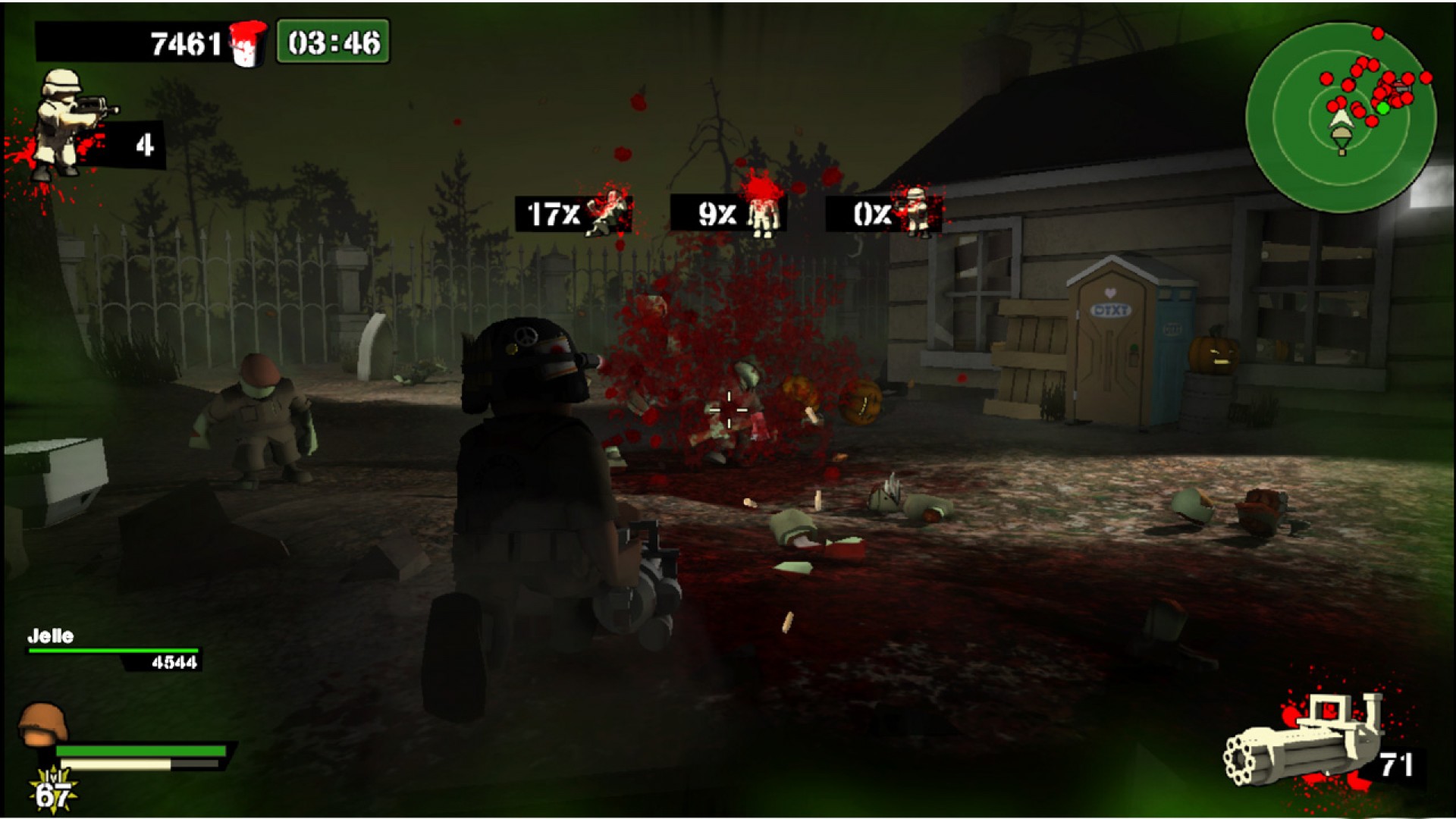 Foreign Legion: Multi Massacre is the (far too) long awaited follow up to Buckets of Blood. Now you can continue the cartoon-style third person battle online and battle your friends, enemies or even frenemies across 6 maps and various modes. Reduce the never-ending army of a non-descriptive country to a bloody, meaty pulp (with extra zest!) as legionnaires of an even less described country.

So what are you waiting for, get ready to make mince meat of other players, battle endless forces, determine the biologic equation, host a nice pick nick or swim in the ocean.

KEY FEATURES:
Battle waves of enemy AI with the 4 player co-op or go head to head up to 8 players in the team deathmatch or domination mode.
6 map mix of classic BoB action and brand new environments.
Steam achievements like the assclown where all your friends can see that you spent time honking your clown nose 500 frigging times.
Own Foreign LegionBuckets of Blood? Sync your steam cloud save and import your progression into the game!
Using the steam friends system, you can easily invite your friends to a not so friendly game or use the open lobby system to insult and play with other players you will never meet.
DJ TRILT soundtrack featuring new and remixed songs of the original game.
PC and Mac can play together or fight to determine which is the better OS
18+ game and we made sure to get that rating. So expect everything you might expect with a rating like that ;)