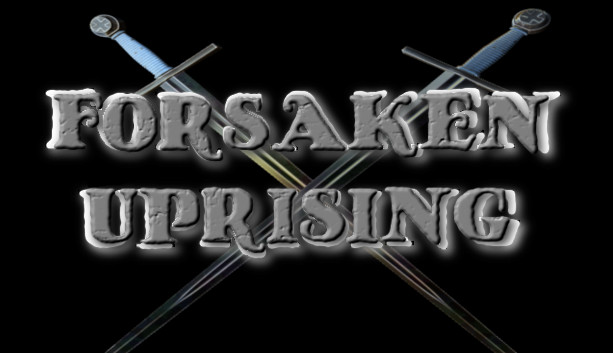 
Forsaken Uprising a new MMFPSG (Multiplayer Medieval First Person Survival Game). The game centers on a wide variety of craftable goods and building components that vary in strength and usability. The combat system is very fast paced with a 3 tier stat system based on stamina, strength, and health. The player can literally run until they fall dead of exhaustion.

Digital Homicides developers wanted to create a game that combined all the elements of games we enjoyed since there wasn´t anything in the market that was giving exactly what we craved. You will have to build your castle, grow crops, and keep your livestock alive so that you can defend yourself from other players or for the brave venture out and lay siege with catapults and take others riches for your own. The following list will be Key implemented features in our release weeks from now.

1. First Person Multiplayer Perspective
2. Piece by Piece castle construction system (including a spike wall to hang the corpses of your vanquished foes on)
3. In depth crafting system
4. Fast paced aim required melee / ranged combat system
5. Stamina / strength / hp stat system to make in combat decisions matter. When stamina empties strength substitutes, lowering strength results in less damage dealt. If strength empties hp substitutes meaning you can actually kill yourself from exertion. The gameplay depth this will provide to combat will be awesome.
6. Catapults to blast open enemy castles and pillage their chests
7. In depth farming system tied into livestock (captured cows will produce manure needed for growing crops and as a fuel source for creating top tier equipment.
8 Farm plots and animal pens are placed the same as the castle system, design your castle how you want. Protect your crops and animals with a layer of stone walls to protect them while your offline.
9. Many more features planned including a feudal system tied into an overland map, where each server is its own hamlet, the ruler of multiple servers "hamlet" will own a "county", the ruler of multiple counties will own that province, all the way up to who is king of the game. The intent is to bring RTS strategy into a First Person perspective. Many more features to come.