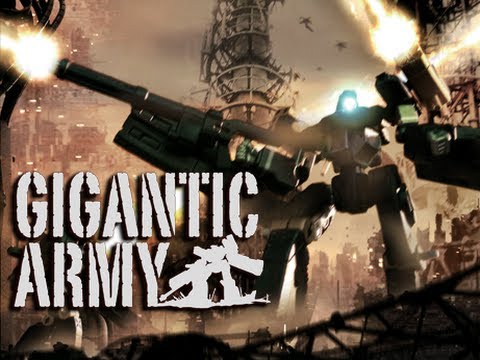 The Earth is at war with an alien race called Ramulons, which has decided to stop the advance of mankind in outer space. The confrontation reached Ramulon planet and now you, as a pilot fighting robot "GMR 34 Saladin" must save humanity.
In the 21st century, people began to explore space much in search of other worlds. In 2009, they came face the threat - huge robots that marked the beginning of the battle between the human race and race cars. Gigantic Army - is a 2D action game in which the player will guard the border driving space robot. The game is given a choice of several standard types of weapons, as well as superrakety and shield. Gigantic Army is a cool old school gameplay, graphics and sound effects.
Features:
- 6 stages of intense action shooter
- 12 levels with bosses
- 4 levels of difficulty
- Customizable weapons
-------------------------------------------------- -----------
Gift it is impossible to give and add to itself in an inventory, only activating on the account.
game (Gift / link) activation is added directly to the library, in the inventory can not be put off ...