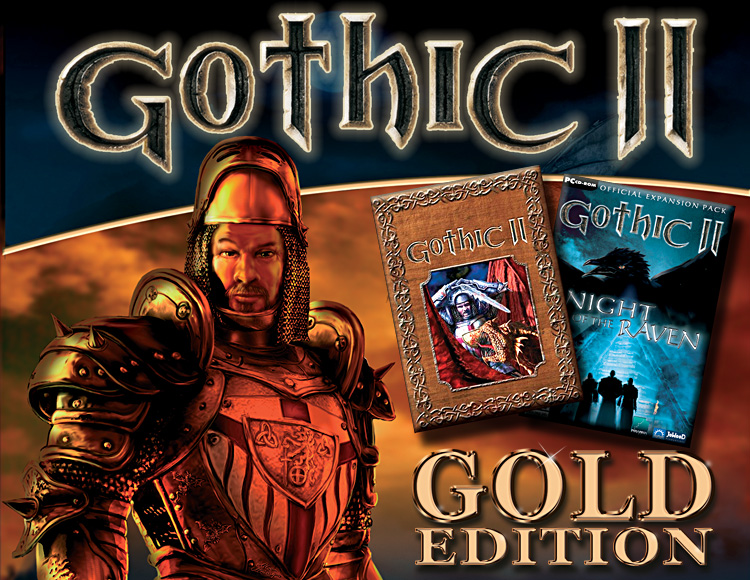 Uploaded: 10.03.2021
Content: gothic_II_gold_edition_0329.txt 0,02 kB
Loyalty discount! If the total amount of your purchases from the seller servicesoft more than:
If you want to know your discount rate, please provide your email:

After payment you will receive a link where you can get a license key with the game Gothic II: Gold Edition from the official supplier - Buka company, for activation in the STEAM system.


Description:
Gothic II: Gold Edition includes the original Gothic II game and the official Raven Night expansion!
You have destroyed the magic barrier and freed the prisoners of the Valley of Mines. Former prisoners escaped to freedom began to terrorize the vicinity of the city of Khorinis. The city militia has too little strength to fight criminals outside the city. But the worst thing is that rumors began to circulate about the return of mythical dragons.

Over 100 exciting missions.
Living environment including more than 500 different characters (each of which lives its own life).
The player himself chooses how the story will develop.
Use in battle more than 200 different types of weapons and spells.
The duration of all dialogs of the game is more than 12 hours.
Includes the official Raven Night add-on.