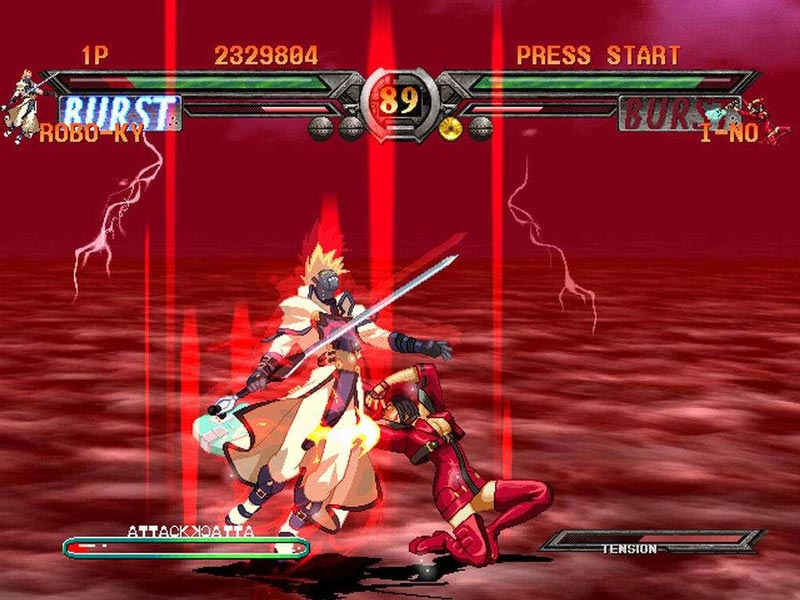 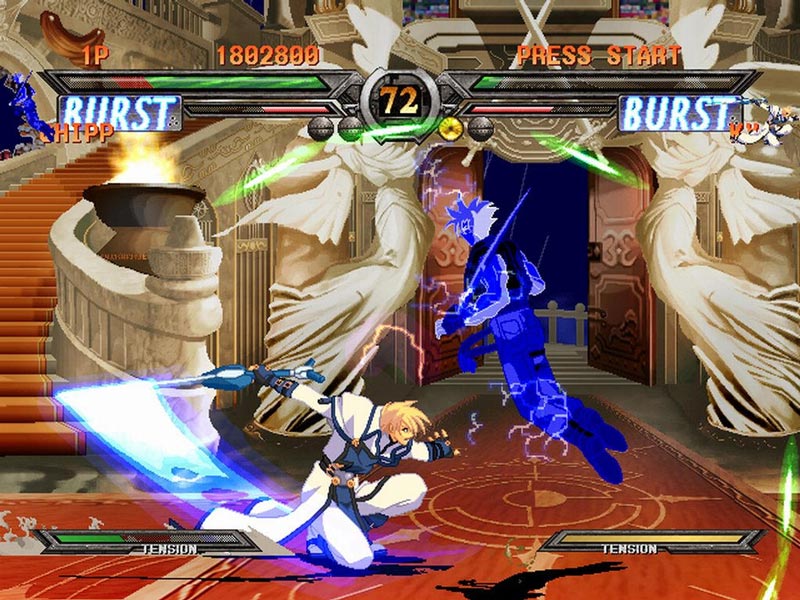 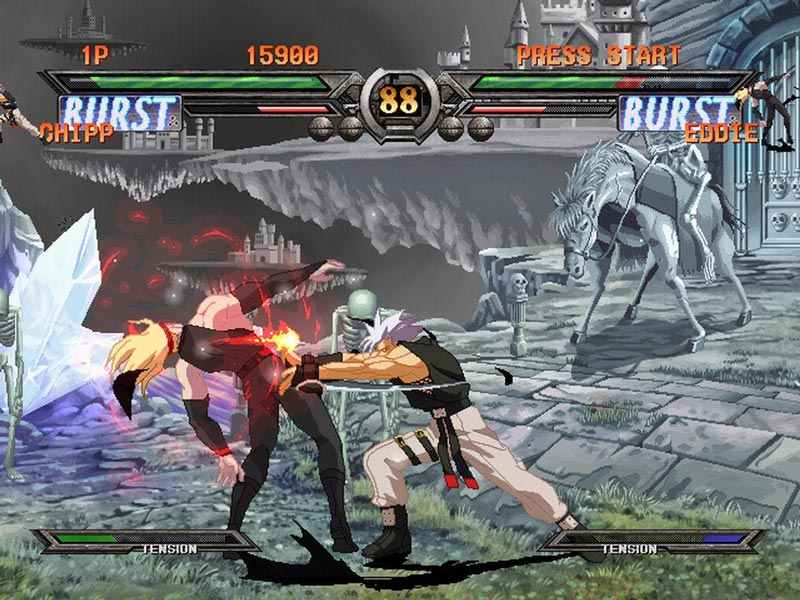 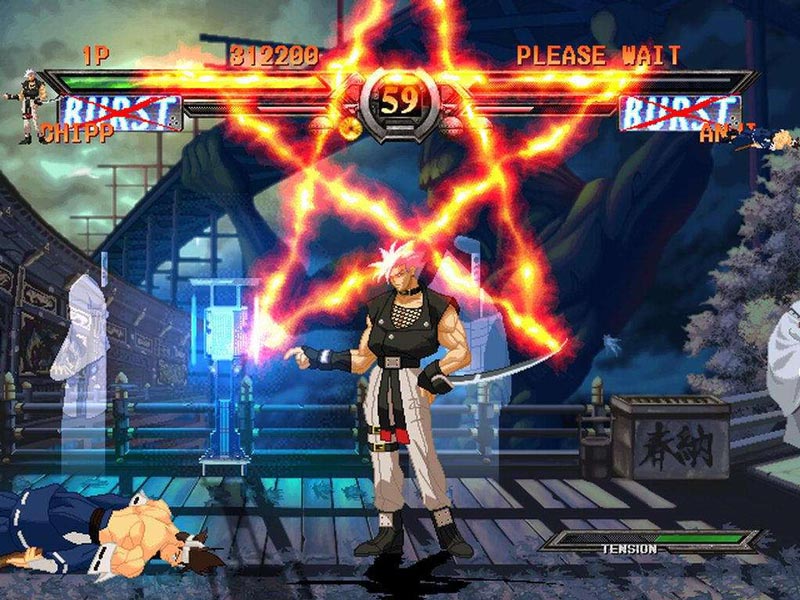 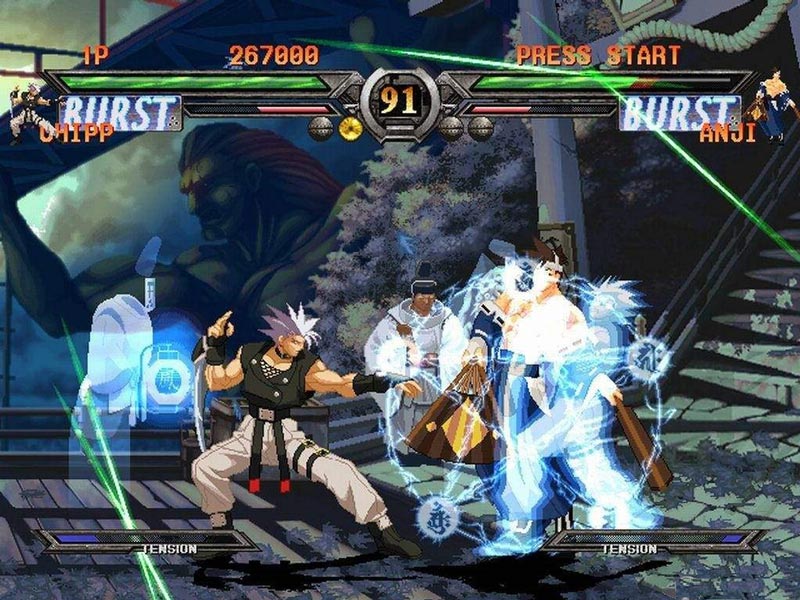 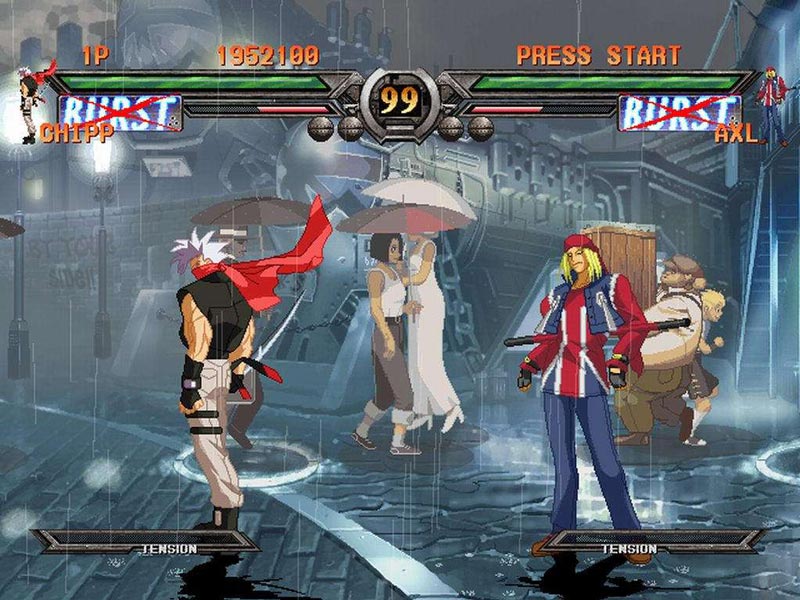 ======================================
The best fighters converged on the scene of universal massacre. No rules, no mercy ... The victory - only a step towards a new battle. Each of the characters has its own arsenal and a set of original methods and can destroy one opponent held fast combination. The perfect balance and the diversity of protective and attacking techniques transform each match into an exciting show. Hurricane action is accompanied by musical compositions Daisuke Isivatari in the genre of Japanese rock music. The graphics in the style of anime and colorful special effects create a unique atmosphere. In Guilty Gear Reload nine game modes, among which should be noted «Mission» - single task of varying difficulty. After passing a certain number of missions are available secret mode where devices operate in a new way, and opponents have phenomenal skills (such as unlockable attacks or infinite energy). For those who want to compete with your friends, a mode "duel" on a single computer.

• 20 fantastic men: each with its own arsenal and a set of techniques, including the instant murder.
• 9 game modes, including Mission - about a hundred tasks of varying difficulty.
• duel one on one to two players.
• Bonus and secret game modes with unrealistically powerful foes and updated methods.