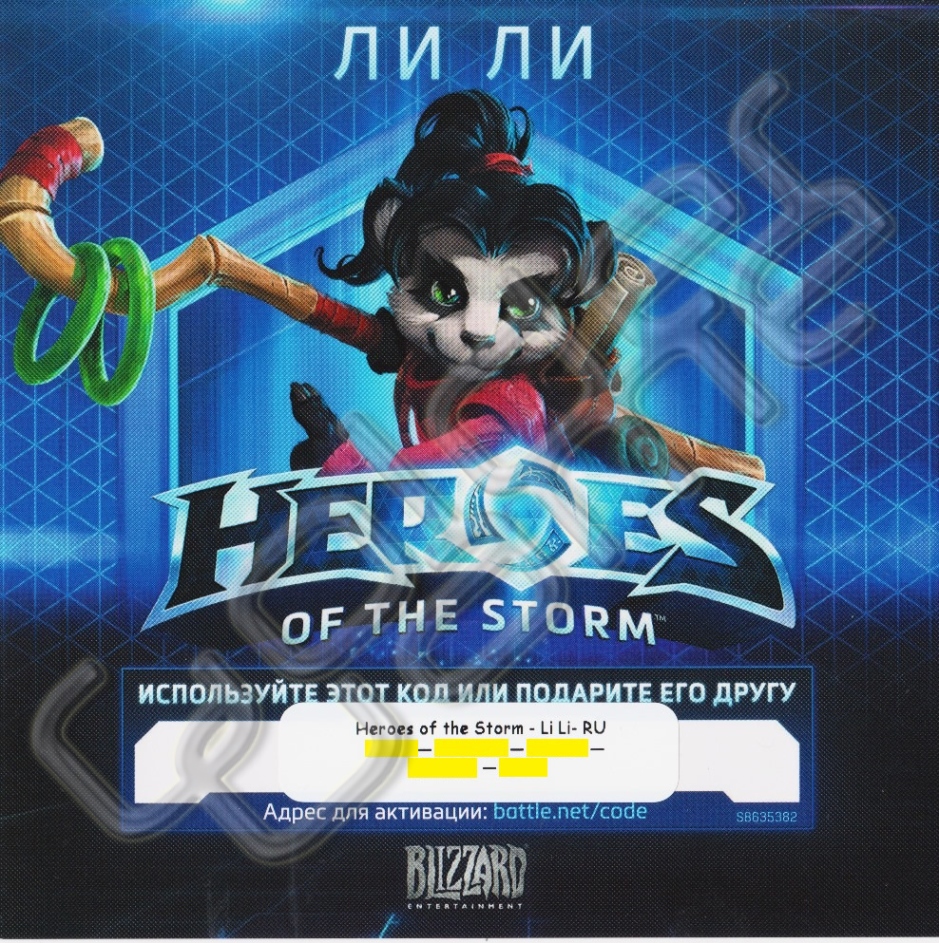 Uploaded: 20.03.2017
Content: P1560979.JPG 26,23 kB
Loyalty discount! If the total amount of your purchases from the seller GolderGame more than:
If you want to know your discount rate, please provide your email:

Paying this product you get the license key activation PHOTO hero "Li Li" in the game "Heroes of the Storm".
Key collection takes place automatically, immediately after the payment.

Li Li was born on the island to wander (which in fact - not an island, and a huge turtle Shen-Su Tszyn). Her life was calm and measured, until one day it is not caught the eye of his uncle Chen´s record. Li Li captured the irresistible wanderlust. She loves adventure, journey, new earth ... and annoying heroes in the Valley of the Four Winds.

Specialty hero - SUPPORTERS
Support Heroes can heal and strengthen their comrades on the battlefield, and to some degree in control of the battle and disrupt enemy plans due to the effects of immobilization and stunning. Heroes of support should always be actively involved in the team battle to help his team gain an advantage over the enemy.

● HEALING decoctions - Heals ally with the smallest margin of Health (first character) a moderate amount of health.
● cloud serpent - Calls to the aid specified allied hero cloud serpent, which automatically attack nearby enemies, inflicting minor damage. One hero at a time can help only one cloud serpent. Duration - 8 seconds.
● Blinding WIND - He throws in the next two opponents blinding cloud of wind, causing moderate damage (primarily enemy heroes). Defeat the enemy for 4 seconds. They can not hit the target the following two auto attacks.

● JUG THOUSANDS mugs - Quickly throws ally with the lowest margin health healthful broth (primarily heroes) for 6 seconds. restoring him to a significant amount of health.
● Water Dragon - Summon Water Dragon, a moment later, striking the nearest enemy hero, and all nearby enemies to him, inflicting considerable damage and reducing their movement speed by 70% for 4 seconds.

!!! ATTENTION !!!
This switch is designed to enable the Russian-speaking European Battle.net account
and it is intended for use only on the territory of Russia and CIS countries.


Other products for the Heroes of the Storm: