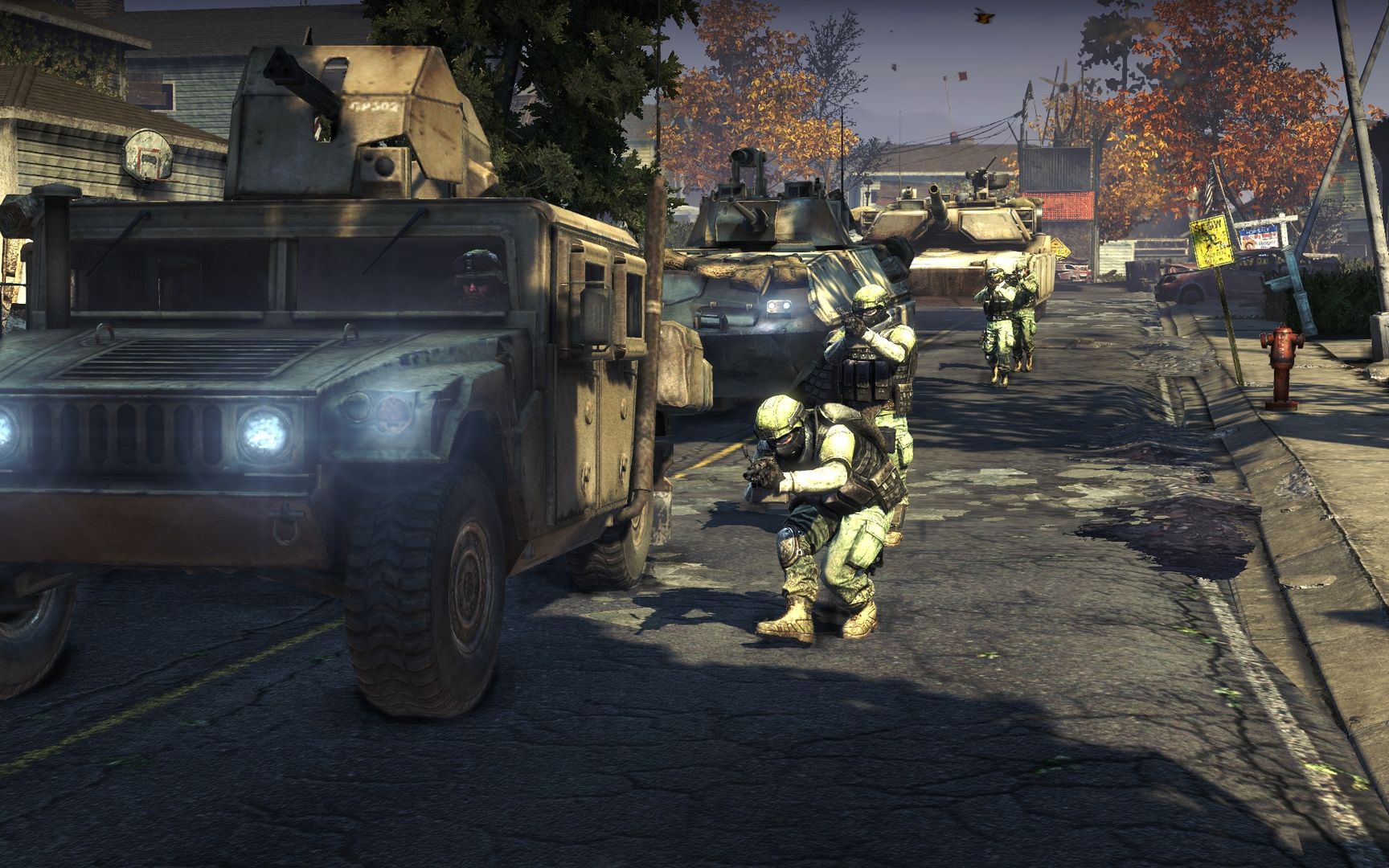 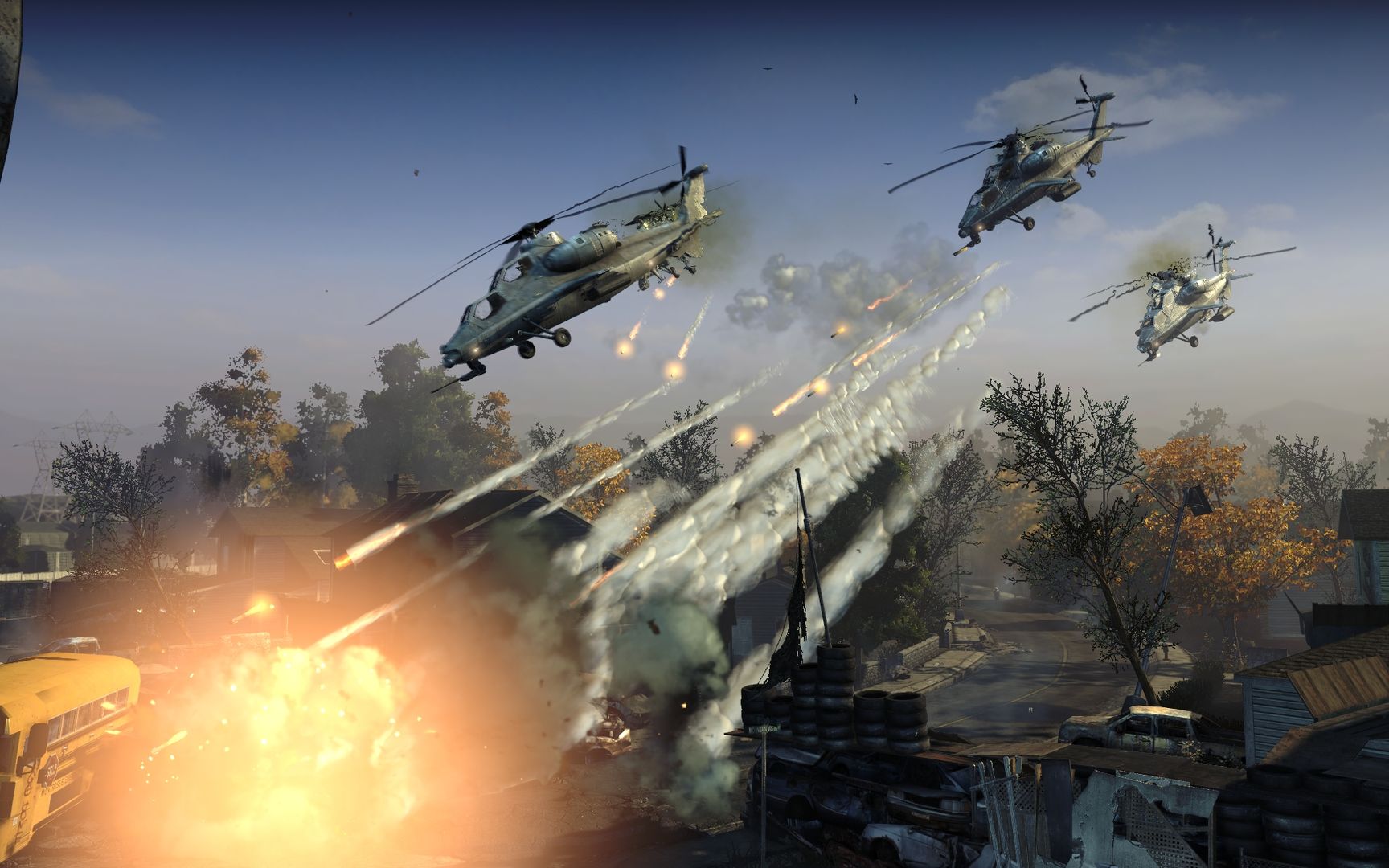 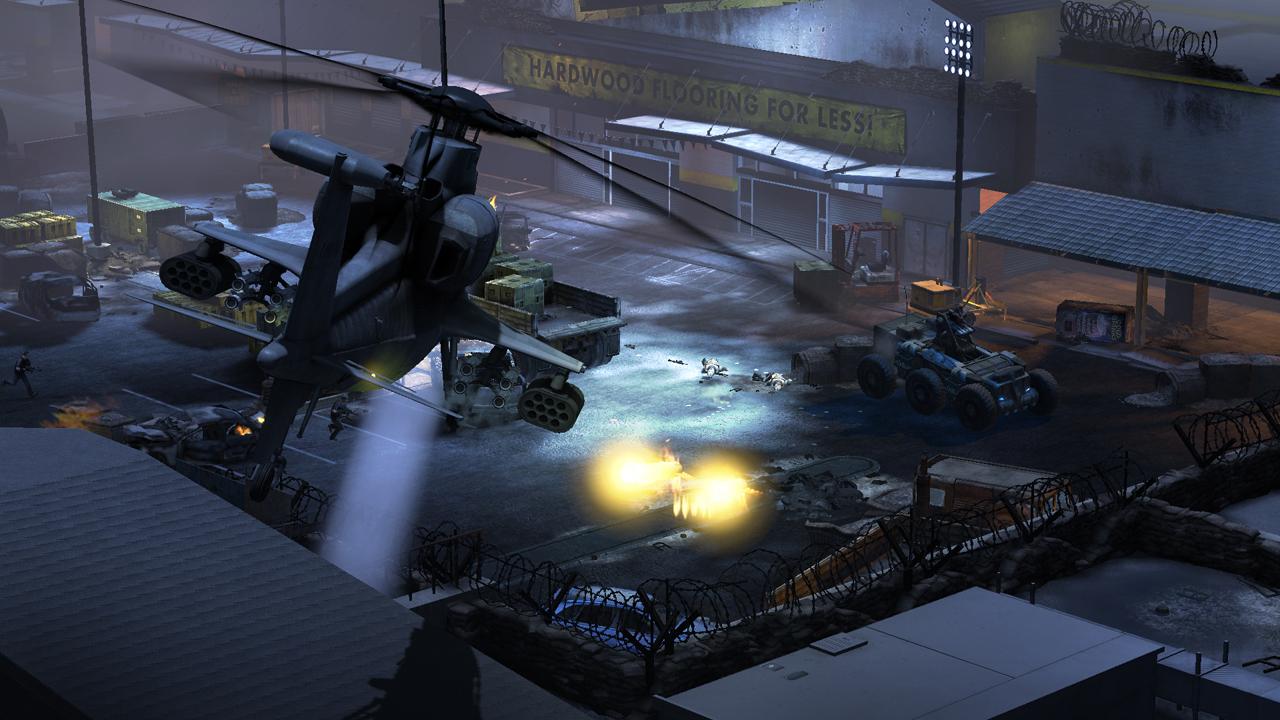 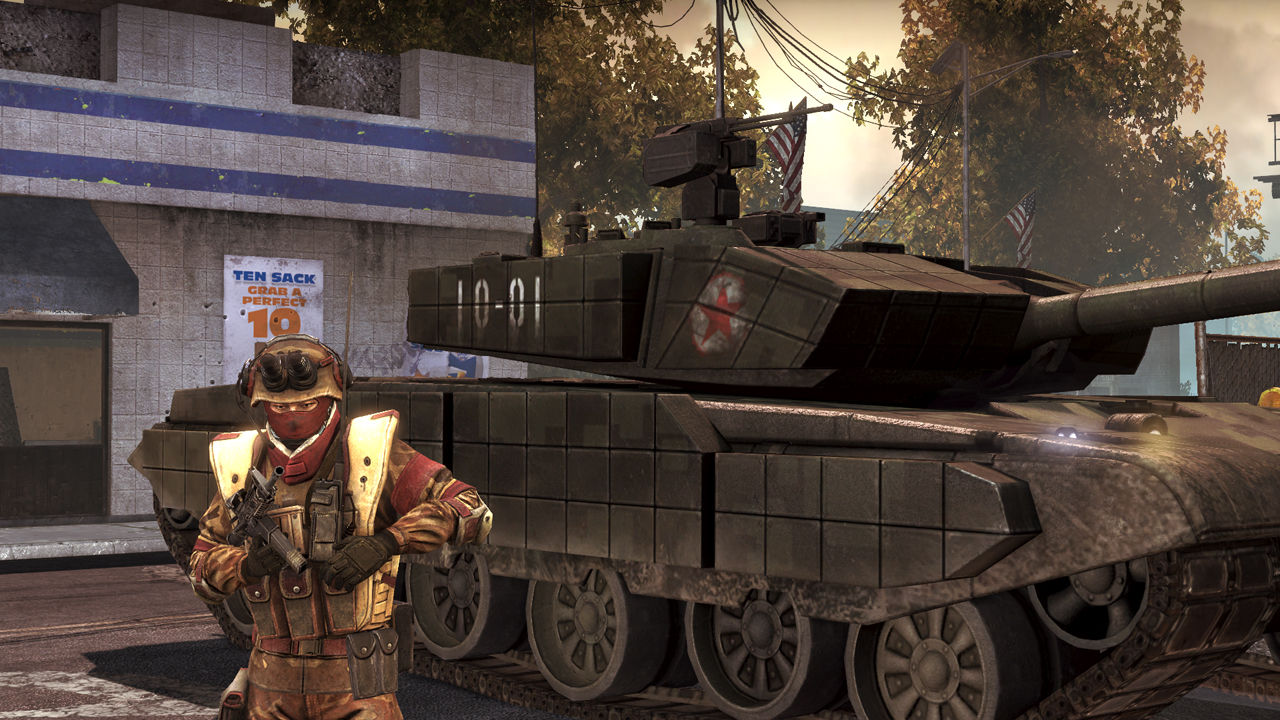 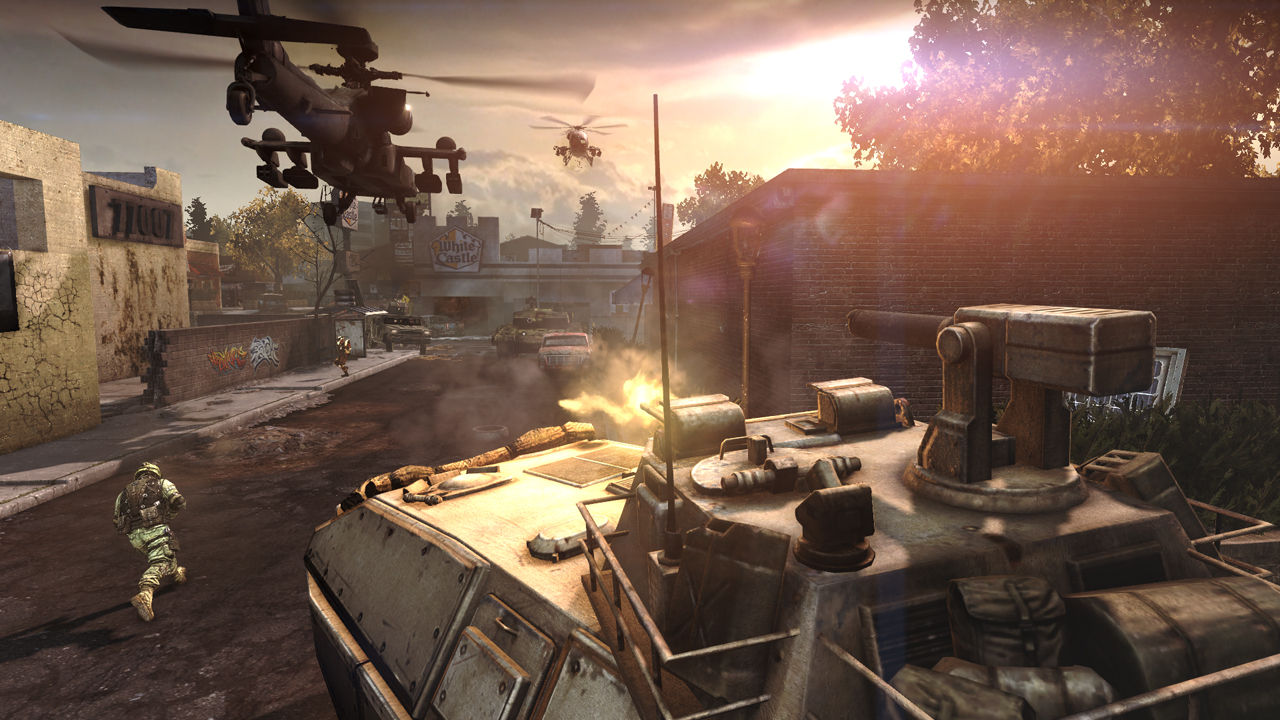 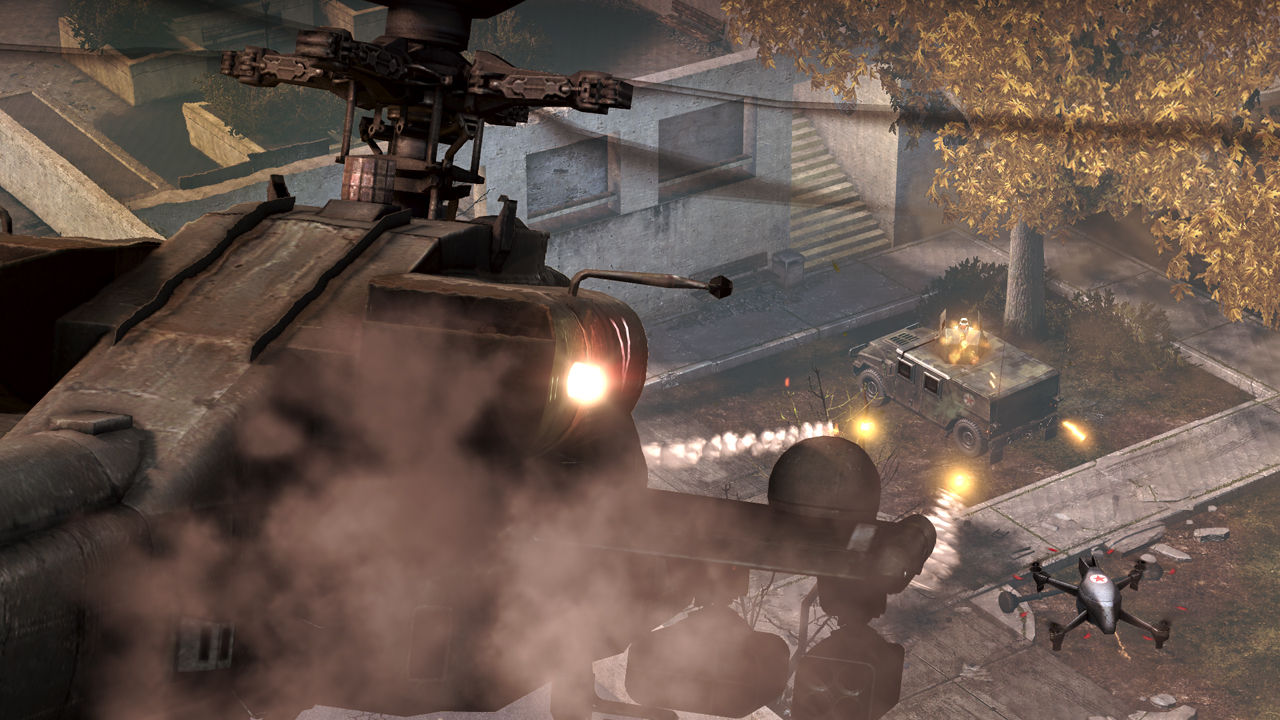 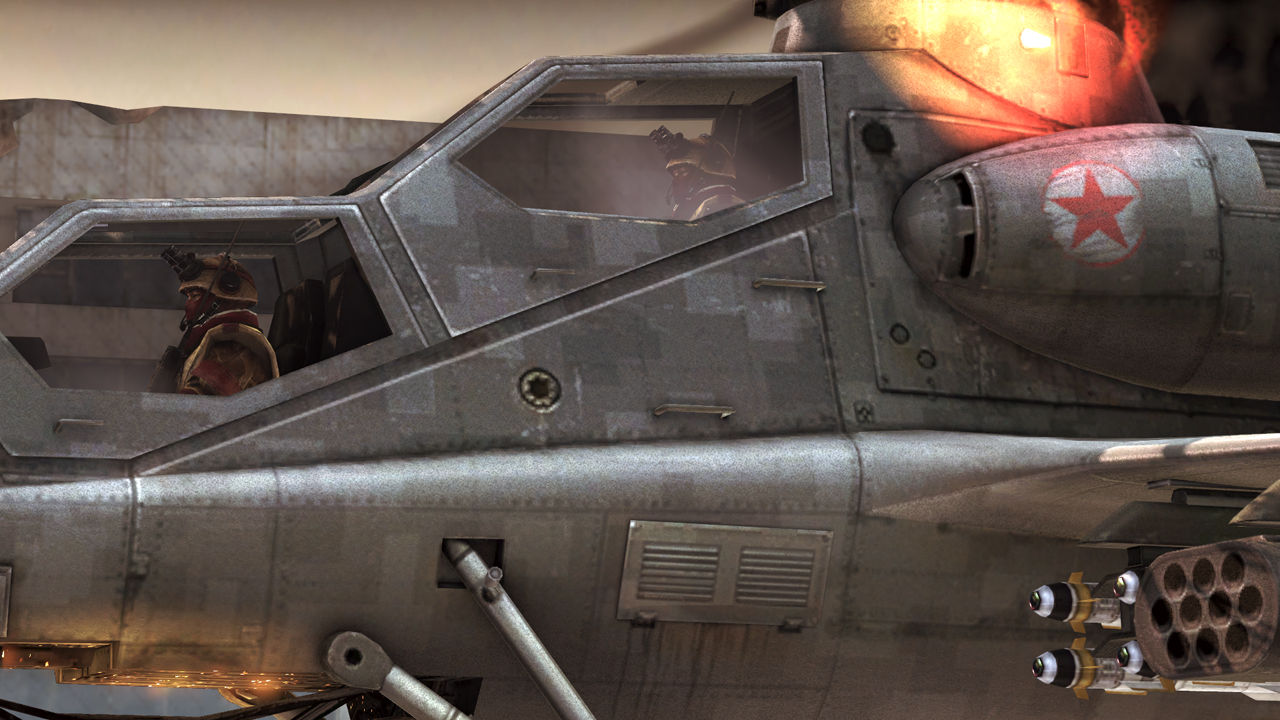 The year is 2027. The world as we know it is unraveling after fifteen years of economic meltdown and widespread global conflict over dwindling natural resources.
A once proud America has fallen, her infrastructure shattered and military in disarray. Crippled by a devastating EMP strike, the USA is powerless to resist the ever expanding occupation of a savage, nuclear armed Greater Korean Republic.
Abandoned by her former allies, the United States is a bleak landscape of walled towns and abandoned suburbs. This is a police state where high school stadiums have become detention centers, and shopping malls shelter armored attack vehicles. A once-free people are now prisoners… or collaborators… or revolutionaries.
Join the Resistance, stand united and fight for freedom against an overwhelming military force in Homefront’s gripping single player campaign penned by John Milius (Apocalypse Now, Red Dawn). Stand alongside a cast of memorable characters as an emotional plot unfolds in this terrifyingly plausible near-future world. Experience visceral, cinematic first-person shooter action as you fight your way across Occupied USA using guerrilla tactics, and commandeer military vehicles and advanced drone technology to defeat the enemy.
Multiplayer brings epic warfare to the online arena as infantry, tanks, attack helicopters and combat drones battle across huge, open battlefields. A rich feature set offering layers of tactical depth combined with a game-changing innovation in the multiplayer space will set a new benchmark in online warfare.

Features:
• Discover a terrifyingly plausible near-future world – the familiar has become alien in this nightmare vision of Occupied USA
• Fight for a cause – join a cast of memorable characters as your resistance cell wages a guerrilla war against overwhelming military odds in the name of Freedom
• Witness the human cost of war – a gripping story from the pen of John Milius is told through immersive, interactive 1st person cut scenes
• Experience explosive FPS gameplay – battle through a dynamic mix of infantry and vehicle combat in a gripping single player campaign boasting intense, memorable set pieces
• Take the battle online – experience large scale multiplayer action like never before in epic infantry and vehicle warfare