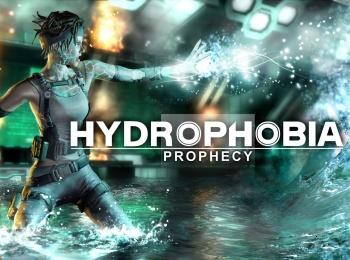 After payment you will immediately receive a key to activate the game Hydrophobia: Prophecy in the Steam and the inclusion of all network functions of the game.

Key Hydrophobia: Prophecy has no regional restrictions REGION FREE and activated in any country! Languages: English, French, Italian, German, Spanish, Japanese! Russian language in the game there, looking on the Internet.


The game takes place in the future, in the middle of the XXI century, when the world plunged into chaos Great overpopulation. Fertile lands were destroyed sea level rise and expansion of deserts, as a result of hunger and poverty spread to an unprecedented scale. Clean water is now the most precious resource of mankind.


The game take place aboard the "Queen of Peace" (eng. Queen of the World) - a giant futuristic cruise ship the size of a city built by a group of corporate giants, known as the "Five Founding Fathers"; a group of people who thrives on the "Queen" while the rest of the world suffers. At the beginning of the game the ship bombed a terrorist group known as the "Neo Malthusians," named after the political economist Thomas Malthus, who predicted that population growth will one day outpace agriculture, returning to the existence of society at a subsistence level. In Malthusians have a plan to kill the vast majority of people on this planet, so that survivors cleaning will not suffer from the effects of the demographic explosion. Their slogans, including "Save the World - Kill yourself!", Written on the walls and displays throughout the ship.

ATTENTION !!! Seller will never be to ask you to send a purchased key for confirmation, identification, receipt of gifts, etc. If you receive this letter, know that it is working crooks. Be very careful not to fall for such tricks !!!


Instructions on how to activate the key Hydrophobia: Prophecy:


VNMANIE After activation serial key in the steam, the key becomes not valid, ie, they can not re-use.

Be sure to remember, and better write down all the details of your account! Without them, you will not be able to gain access to active games in the future.


Dear Customer, to avoid blockage of these accounts to purchase goods only from official proven sellers.

BEWARE OF CHEAP suspicious code GIFT AND ACCOUNTS since They can be purchased ILLEGAL BY OR JUST CAUSE stolen and bananas.


We take full responsibility for the products sold by us and give 100% guarantee of purity of the code and that the code has not been previously activated somewhere.