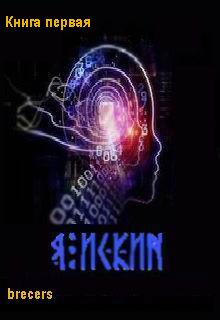 alexberg information about the seller and his items
offlineAsk a question

In the first book I am Iskin "Formation". Tim Zol (Timofey Zolotnikov) falls on the base of Jore, having actually lost everything and even his body, he finds a friend in the person of the Iskin medical department of the research base of Jore that saved him. His brain is placed in something like a capsule with a nutrient medium, where he has to be for some time. Overcoming various difficulties, having managed to create an exoskeleton in the form of a spider, finds the Shuttle and the Rescue Boat in the remains of the destroyed base, restores them. In search of fuel, it encounters Lema´s alien life (from S. Tarmashev´s book "The Ancient"). Freeing his particle from aggressive spiders, he calls this her Cheburashka as the name of a fairy tale character who was fallen in love in childhood. Cheburashka subsequently become his inseparable friend. In the asteroid belt of this system are found Arha. The only one who remained on guard in the fight against evil in the universe. Three friends rushes in search of a future home. Somewhere there all were his friends.
They will meet very soon.

Author text FB2. For reading, use the reader of books for this format. Word will not open these files.

The book about the BIOS