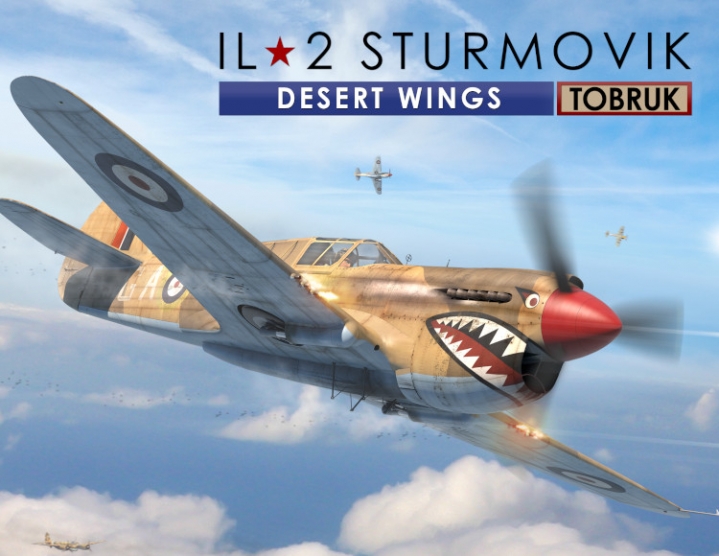 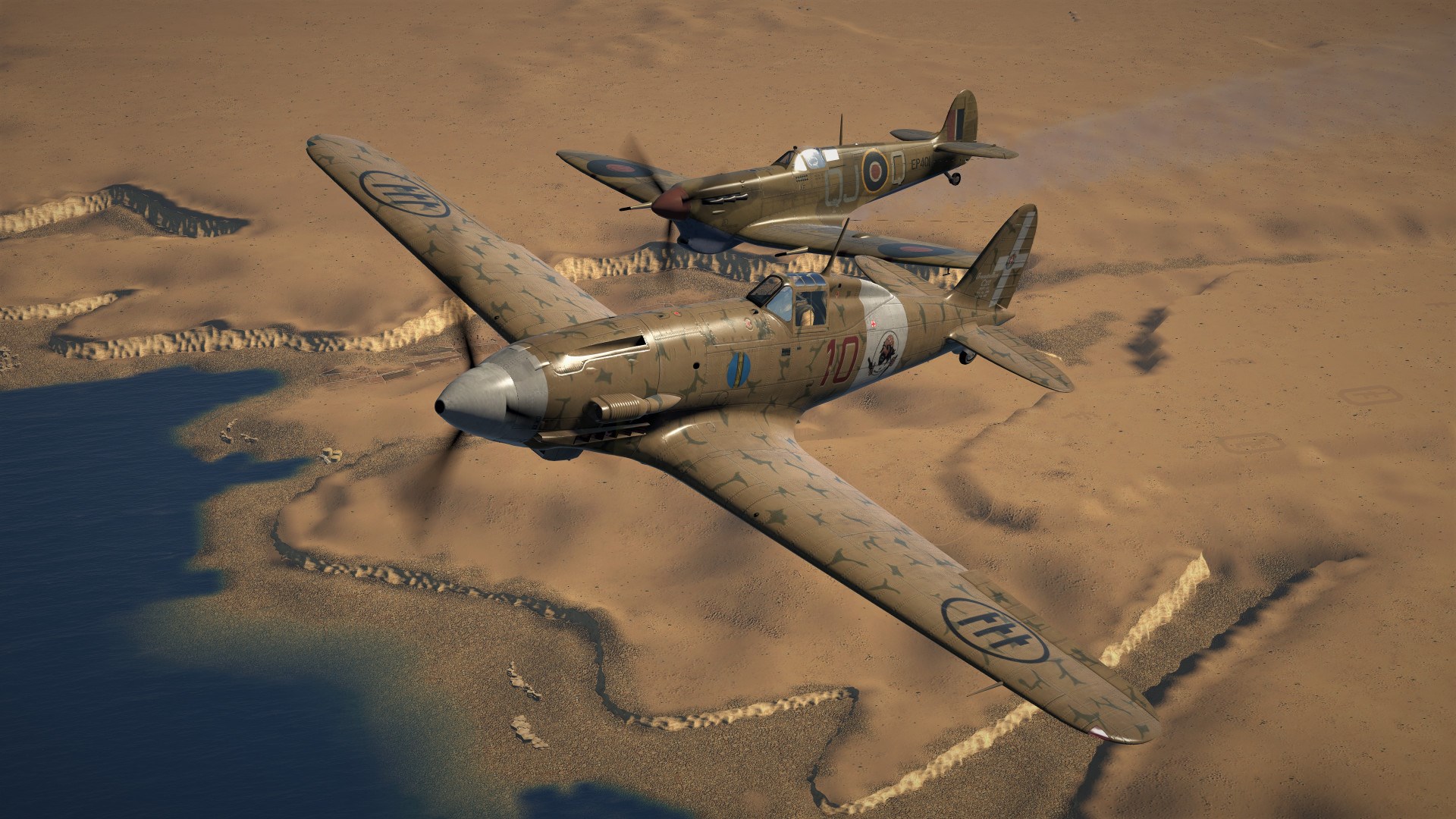 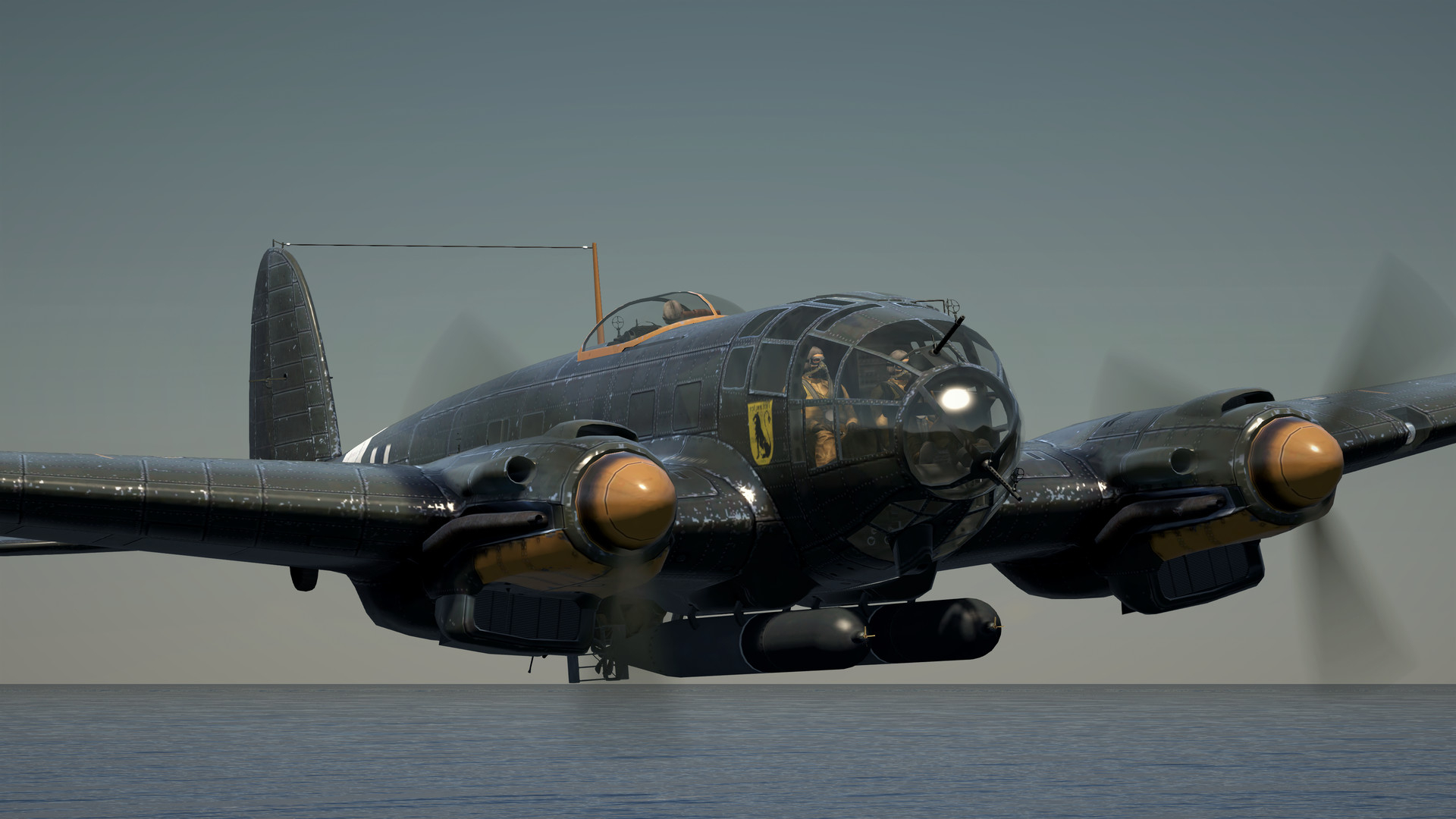 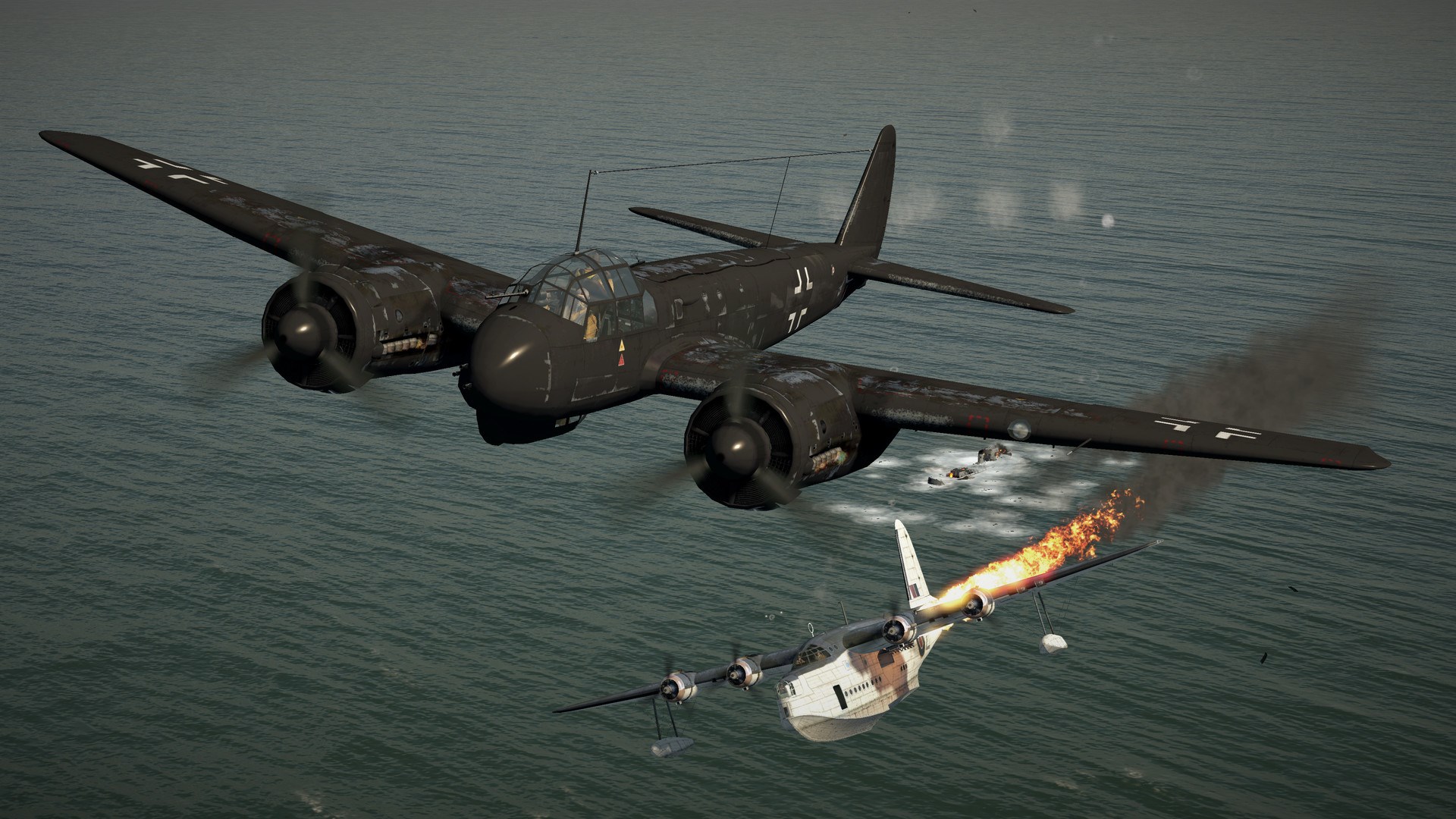 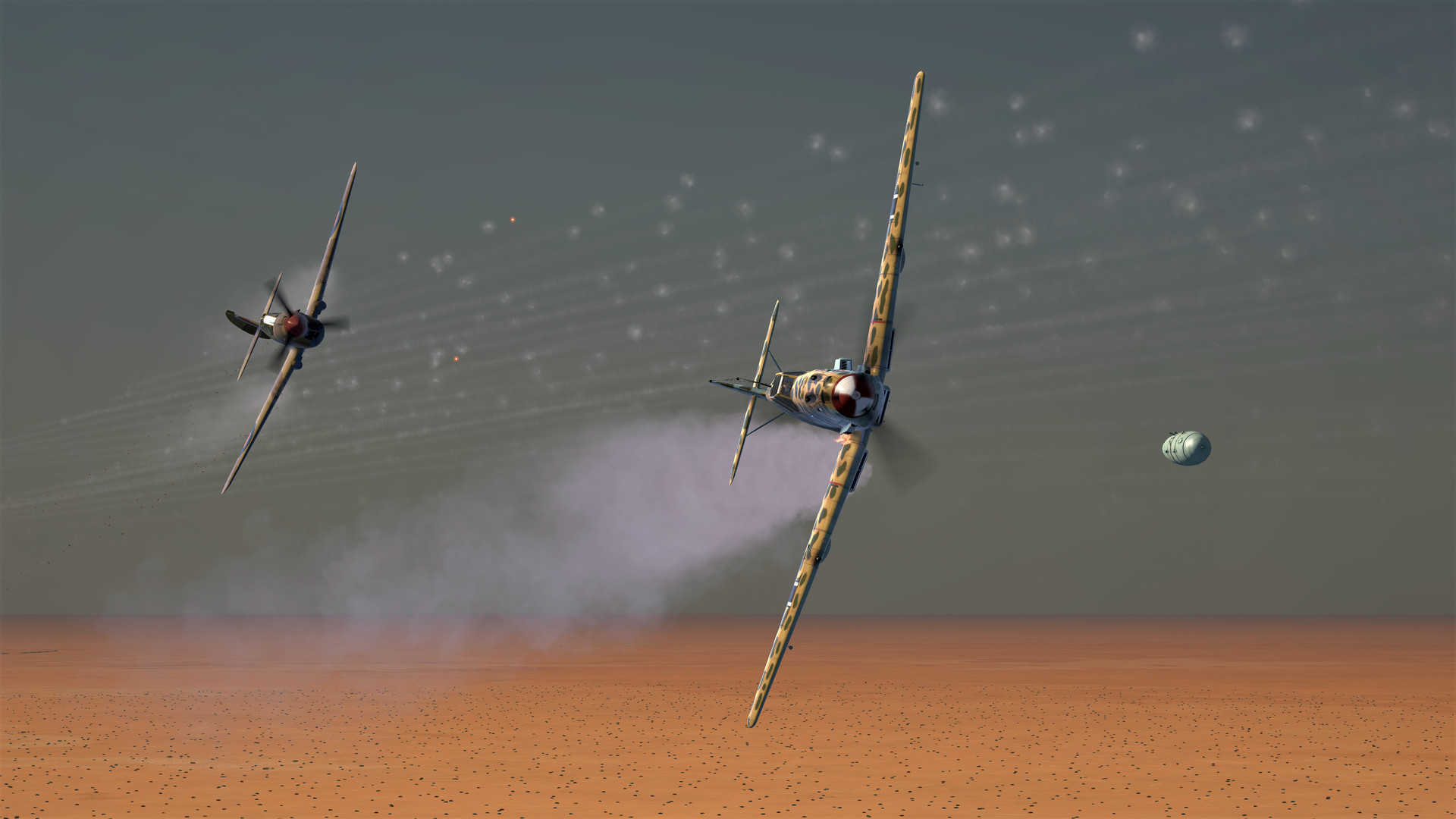 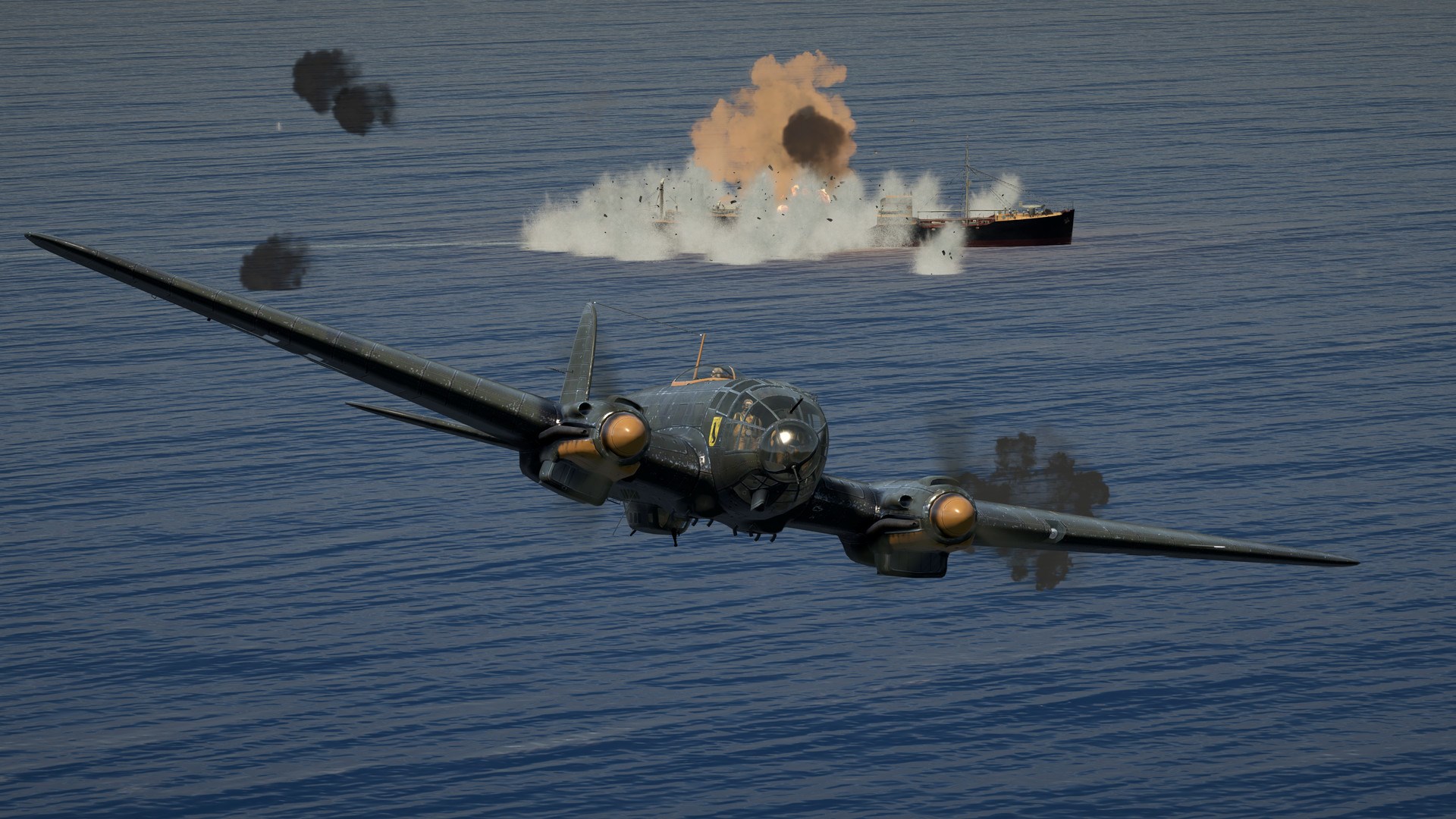 Description:
Attention! IL-2 STURMOVIK, DESERT WINGS - TOBRUK DLC requires IL-2 Sturmovik: Cliffs of Dover Blitz Edition base game.
IL-2 STURMOVIK, DESERT WINGS - TOBRUK is a challenging, fun and realistic military aviation simulator dedicated to the African campaign of World War II. Experience the legendary Messerschmitt, Macchi, Kittyhawk and Spitfire aircraft in battle. Fly over the majestic dunes and ancient ruins of North Africa and fight for control of the strategically important Mediterranean city of Tobruk. Support the advance of infantry and armored vehicles during the clashes between the Allies and the Wehrmacht Afrika Korps. Intercept enemy transports and escort friendly convoys with supplies vital in the harsh desert conditions. Such detailed and picturesque North Africa has never been seen in any other game of this genre. Desert Wings will give an unforgettable experience for every lover of flight simulators and military history! The new addition - IL-2 STURMOVIK: CLIFFS OF DOVER - BLITZ - includes the air forces of Italy, Germany and Great Britain. Fights between agile biplanes Gladiator and CR-42 of 1940 model and battles between fast-paced Macchi and reliable Kittyhawk of the later period 1941-42 are waiting for you. You will be able to pilot such legendary types as Martlet, Hurricane and Spitfire, fighting deadly Messerschmitts away from the main battlefield. Fighter pilots of all skill levels will have the opportunity to test themselves in an exciting campaign based on historical events. Lovers of heavy multi-engine vehicles will love new bombers and torpedo bombers, including several Wellington variants, the new Heinkel He-111 and the versatile Ju-88. In addition, in this add-on you will find the heavy fighter Beaufighter, as well as its German counterpart Ju-88C, which debuts in the game in four effective variants at once. \ Key Features
The DESERT WINGS - TOBRUK add-on includes over 40 new aircraft types and variants, as well as tropical modifications to existing aircraft from CLIFFS OF DOVER. This variety allows you to recreate the entire period of the campaign, from the earliest days to mid-1942.
On the map of North Africa, which measures 385 x 385 km, the fortified city of Tobruk and the surrounding area, including deserts, sea and coastal rocks, more than 75 airfields, a number of settlements and attractions, a developed road network, as well as historical fortifications, minefields and defense lines.
In addition to the desert variants of vehicles from Battle of Britain, there are over 25 new tanks, artillery pieces and vehicles waiting for you. You can recreate grandiose land battles in every detail.
The navies of Great Britain, Italy and Germany are represented by huge battleships, as well as cruisers, destroyers, patrol and torpedo boats, submarines and transport ships. The total number of new combat units in the fleet exceeds 15. Among them there are both British and Italian models, historically correct for the TOBRUK map, and ships of the German and British fleets, suitable for the original CLIFFS OF DOVER - BLITZ map.
The level of detail of aircraft has increased significantly. This includes both purely visual effects (such as engine dust), and modified models of flight, damage, propellers and engine overheating, as well as a fundamentally new nitrous oxide injection system.
Game graphics enhancements include a new anti-aliasing system, increased field of view, improved terrain modeling and increased object detail. In addition to new special dust effects specially created for the desert, reworked effects of explosions, smoke and small particles have been adde