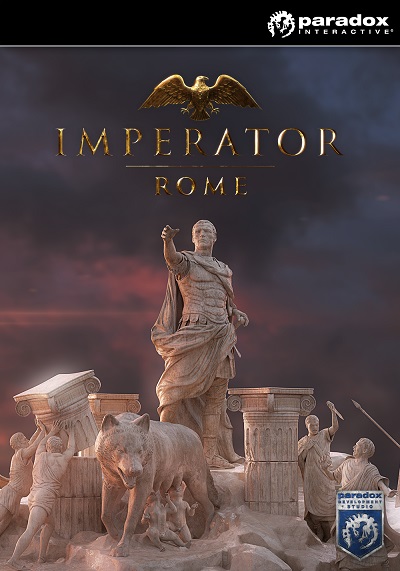 Uploaded: 09.12.2020
Content: text 19 symbols
Loyalty discount! If the total amount of your purchases from the seller RPG-MARKET more than:
If you want to know your discount rate, please provide your email:

You buy the official activation key for the game IMPERATOR: ROME. After the first purchase, you will receive a discount on all subsequent purchases of our products.

You will receive the game key Immediately after payment, in the window that will open after the payment is made, as well as a link to the page with the key will come to your e-mail indicated at the time of purchase.

Composition of the publication:
• The game Imperator: Rome.
• Paradox forum icon.
• Avatar of the Paradox forum.

Alexander the Great. Hannibal. Caesar. These great figures and dozens of their kind ruled the fate of the whole continent. Powerful kings, brilliant military leaders and self-proclaimed gods left their mark on the history of the ancient Mediterranean. The states located there were closely connected with each other and at the same time often fought with each other in fierce wars, and their cultural and political heritage became the basis of what today is called "Western civilization." But everything could have turned out very differently. Will you be able to change the course of history in the game Imperator: Rome?

Imperator: Rome is the latest large-scale strategy from Paradox Development Studio. The game spans several turbulent centuries, beginning with the division of the empire of Alexander the Great in the east and ending with the founding of the Roman Empire, and offers you to experience all the joys and hardships of the formation of a new empire in the classical era. Control citizens, beware of traitors and warmly worship the gods.

- One of the three buyers in a random order, leaving a positive review after purchasing the game, can get a gift game activation key. Which one will you know after receiving the key.
- To receive a gift, you must leave a positive review and add to it a request for a gift (Keys are sent out approximately within 48 hours from the moment of writing the review).
- A gift will be given to one of the three who wish, and not absolutely everything.
- After writing a positive review, you automatically agree to the above conditions.