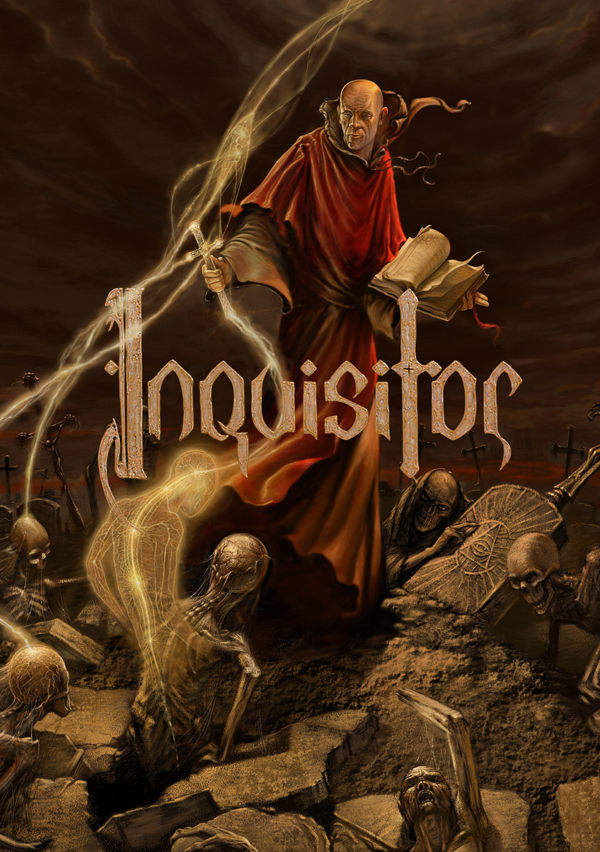 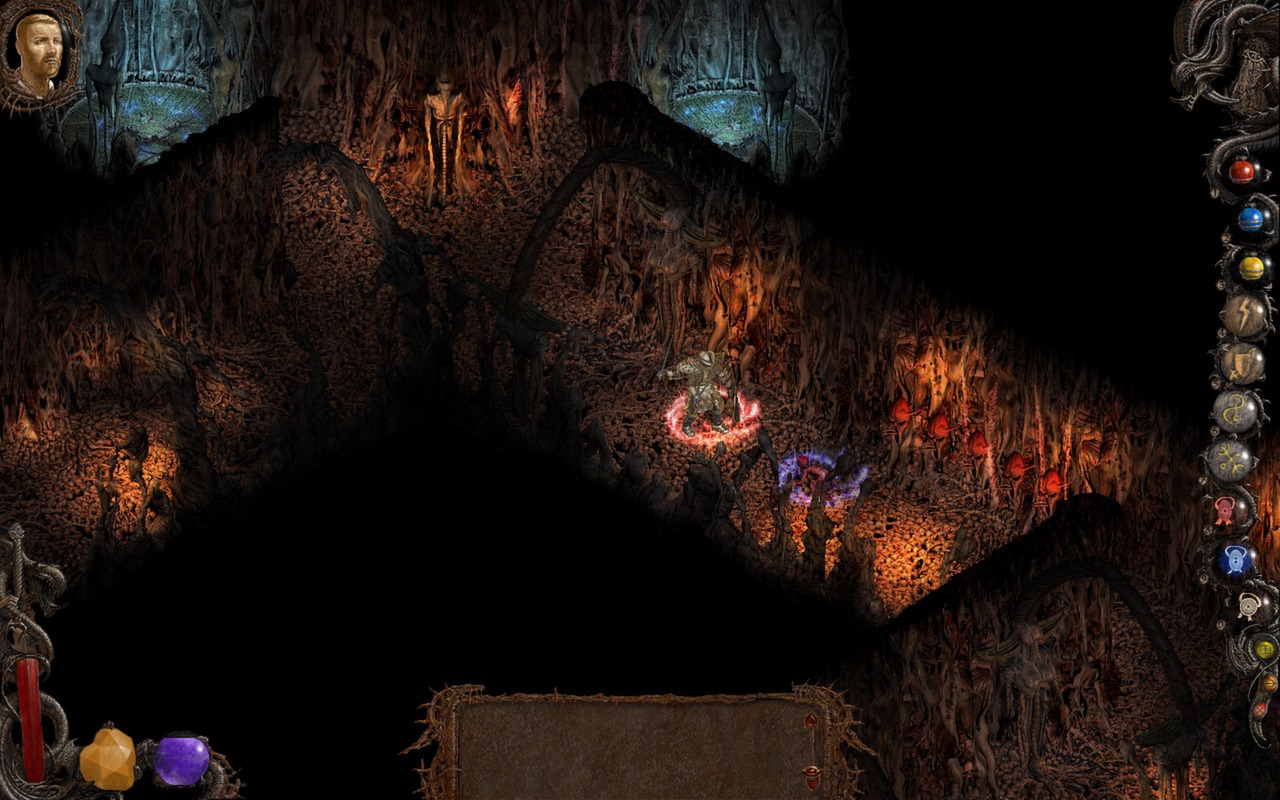 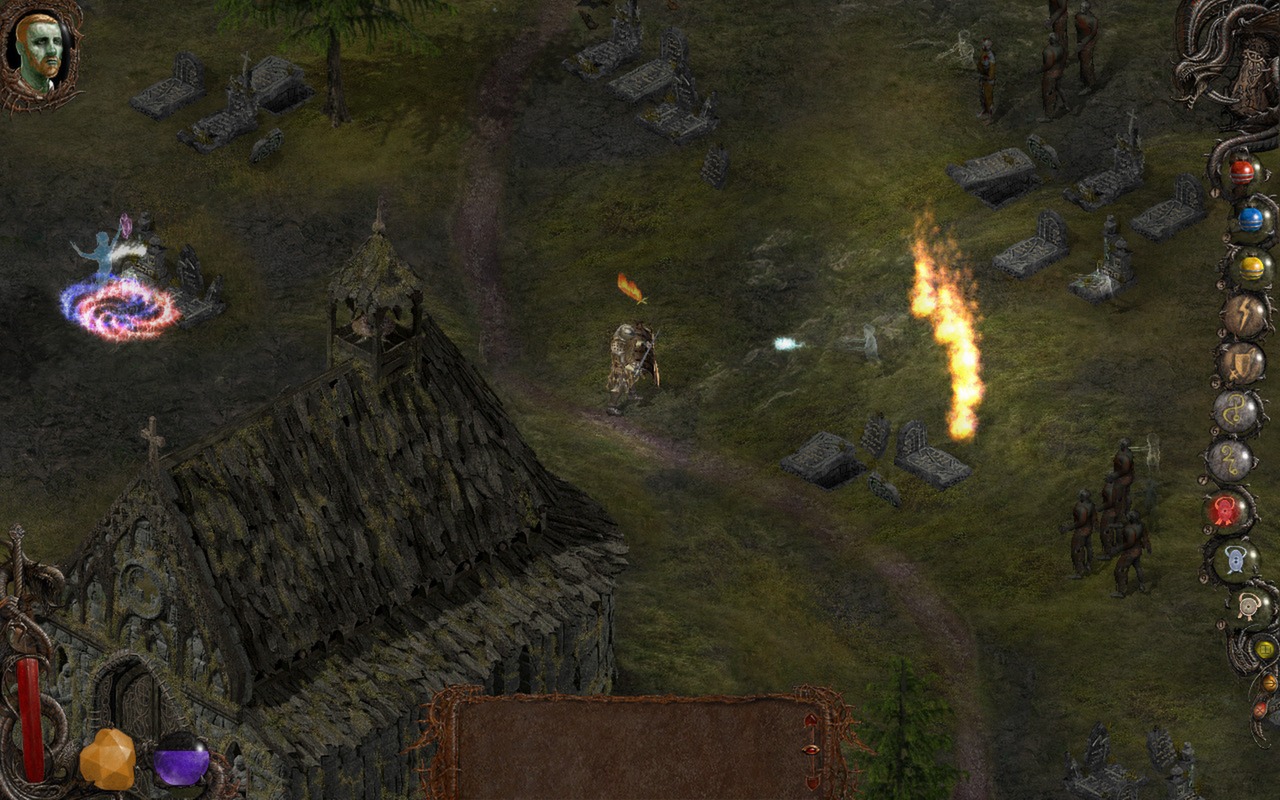 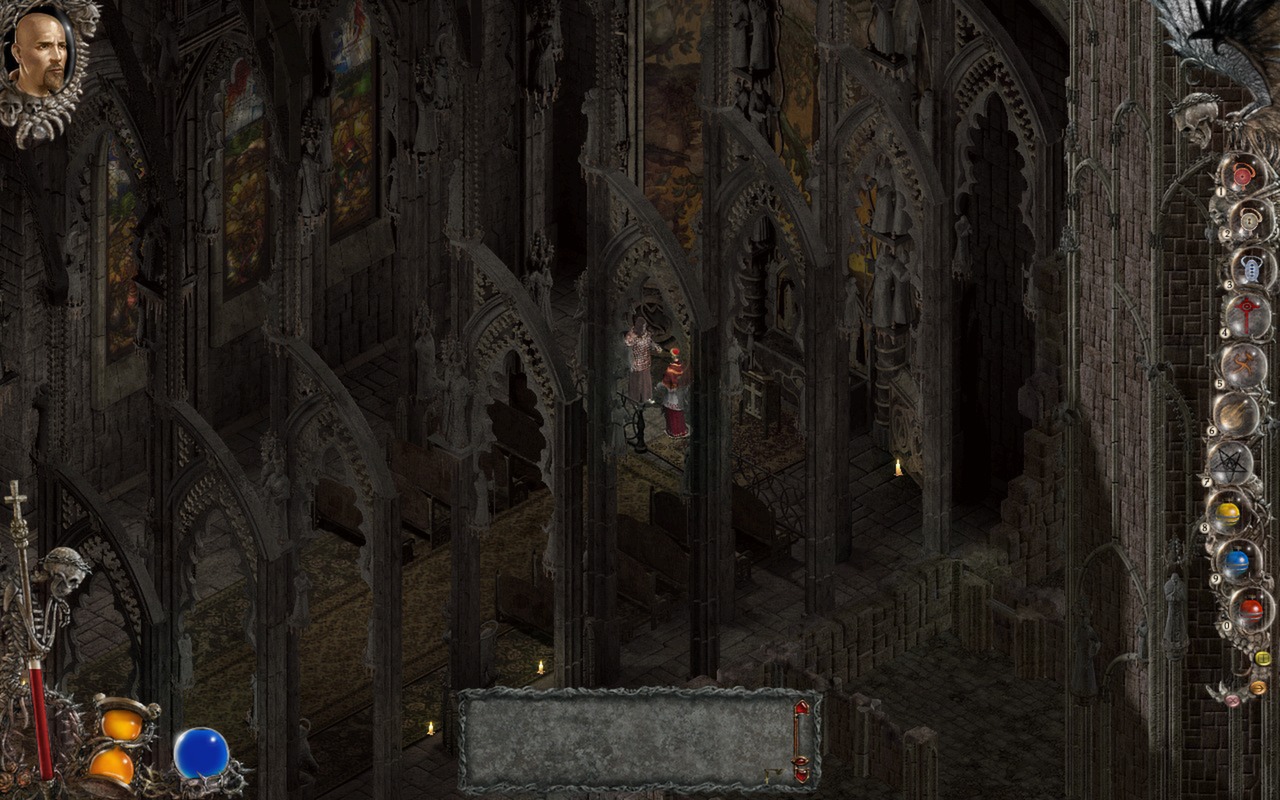 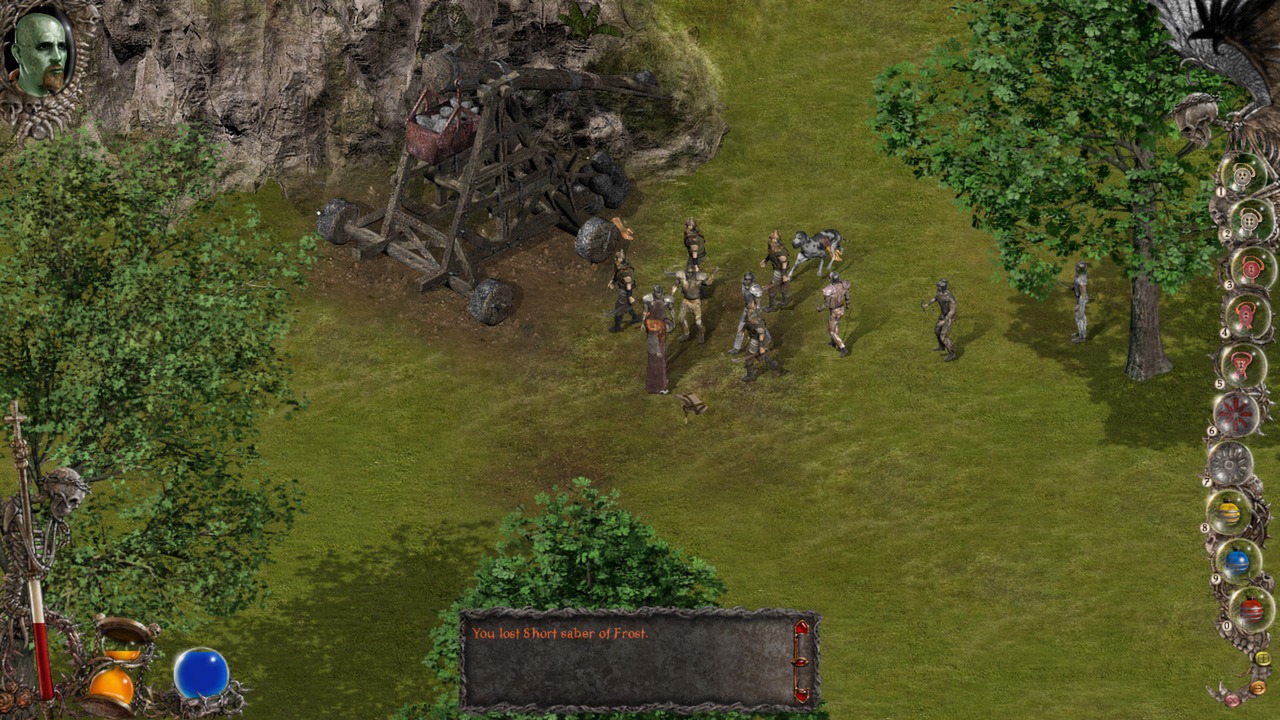 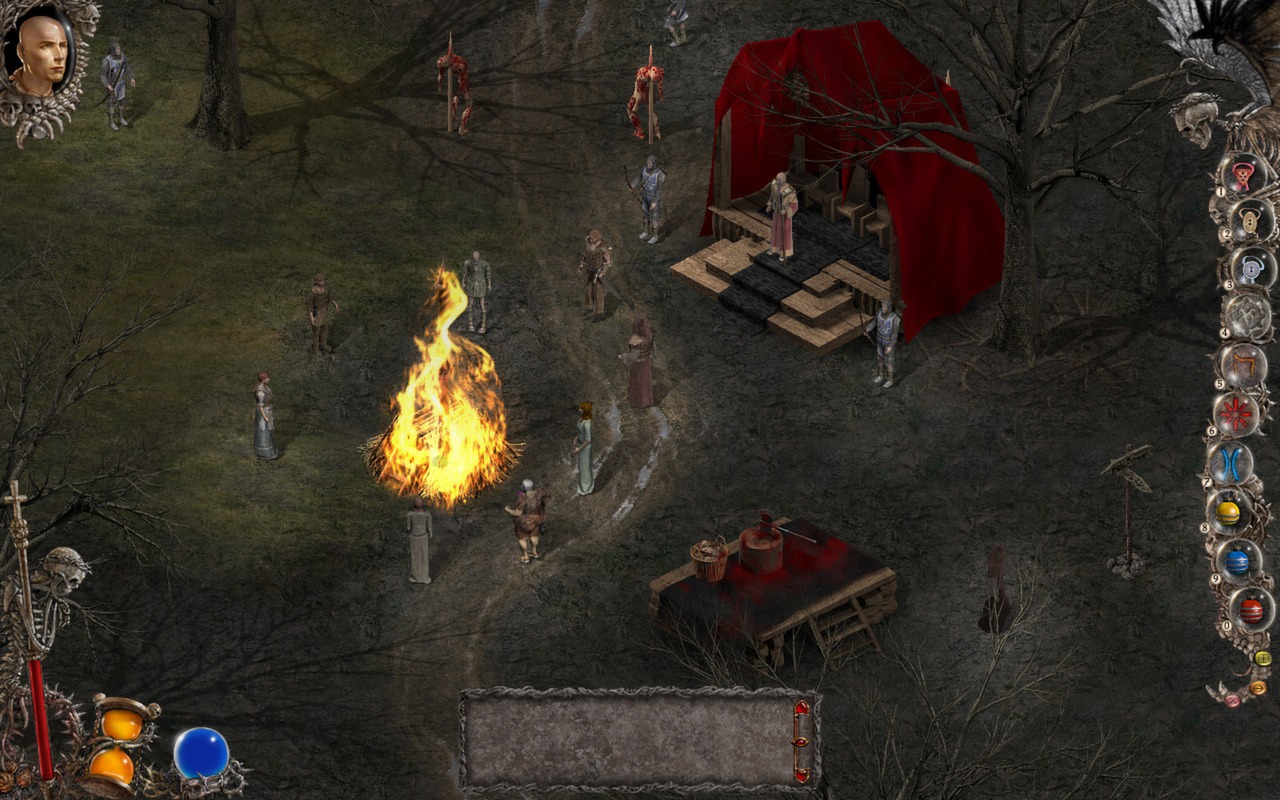 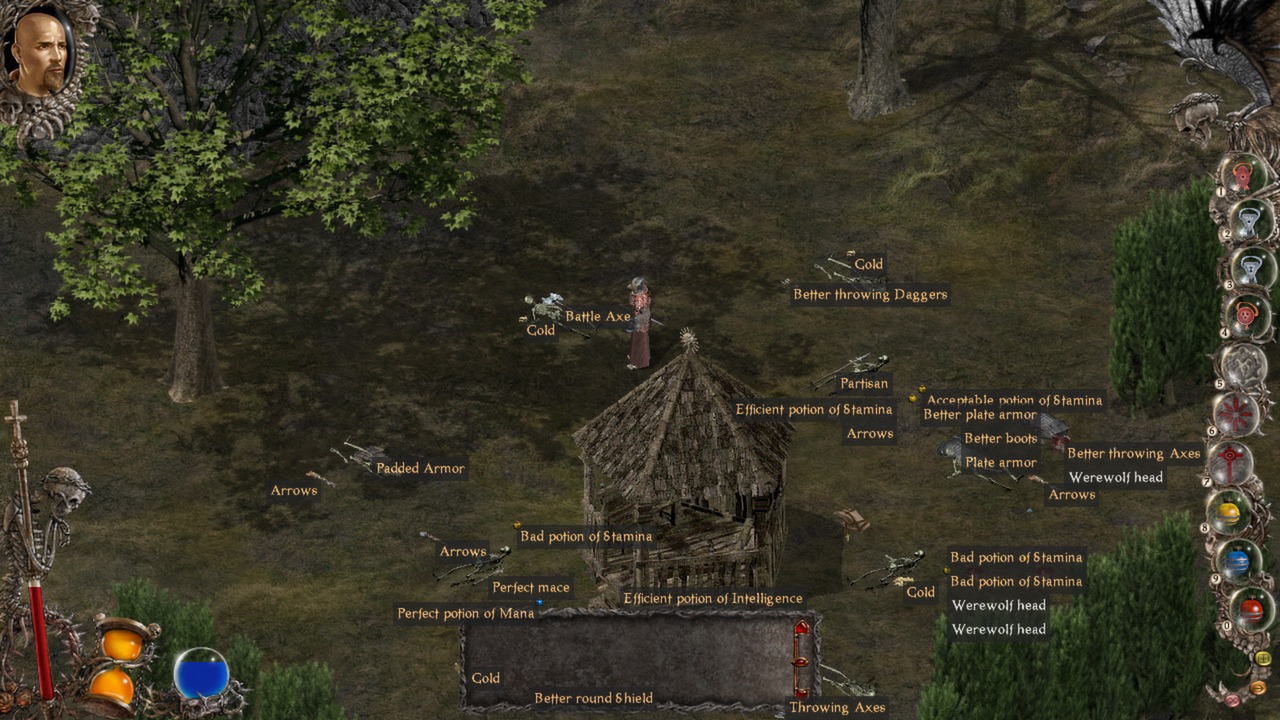 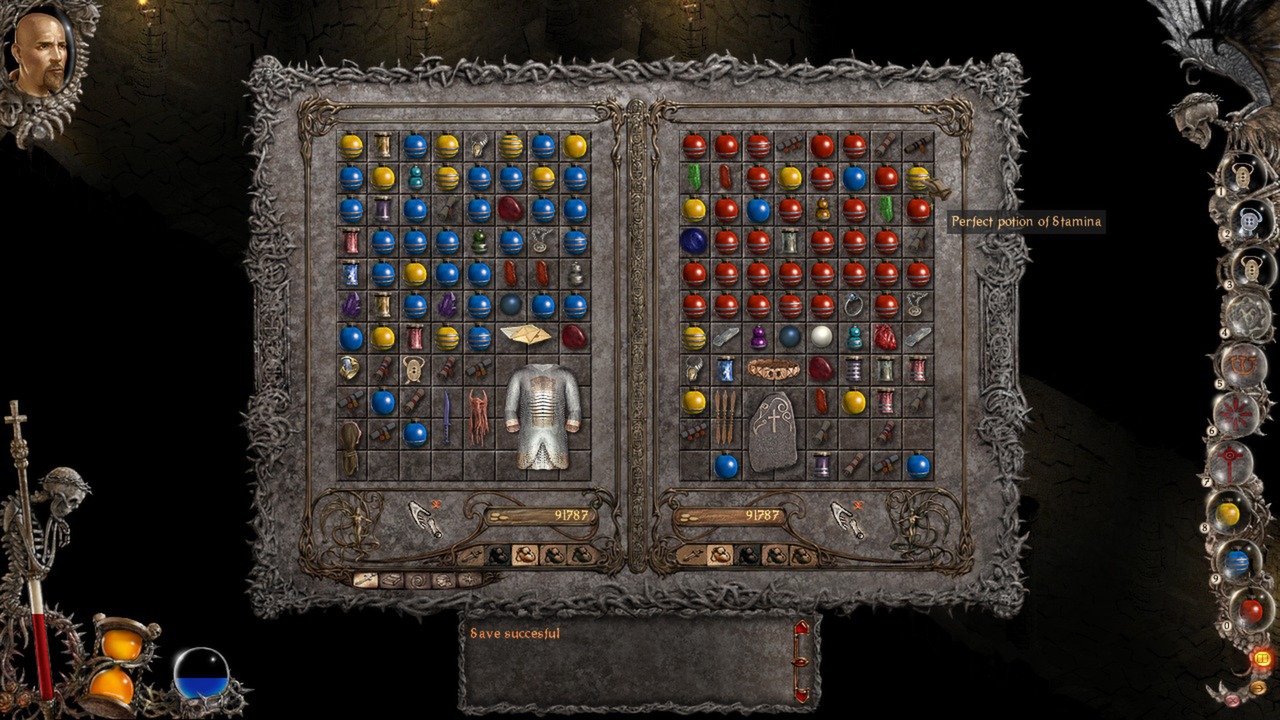 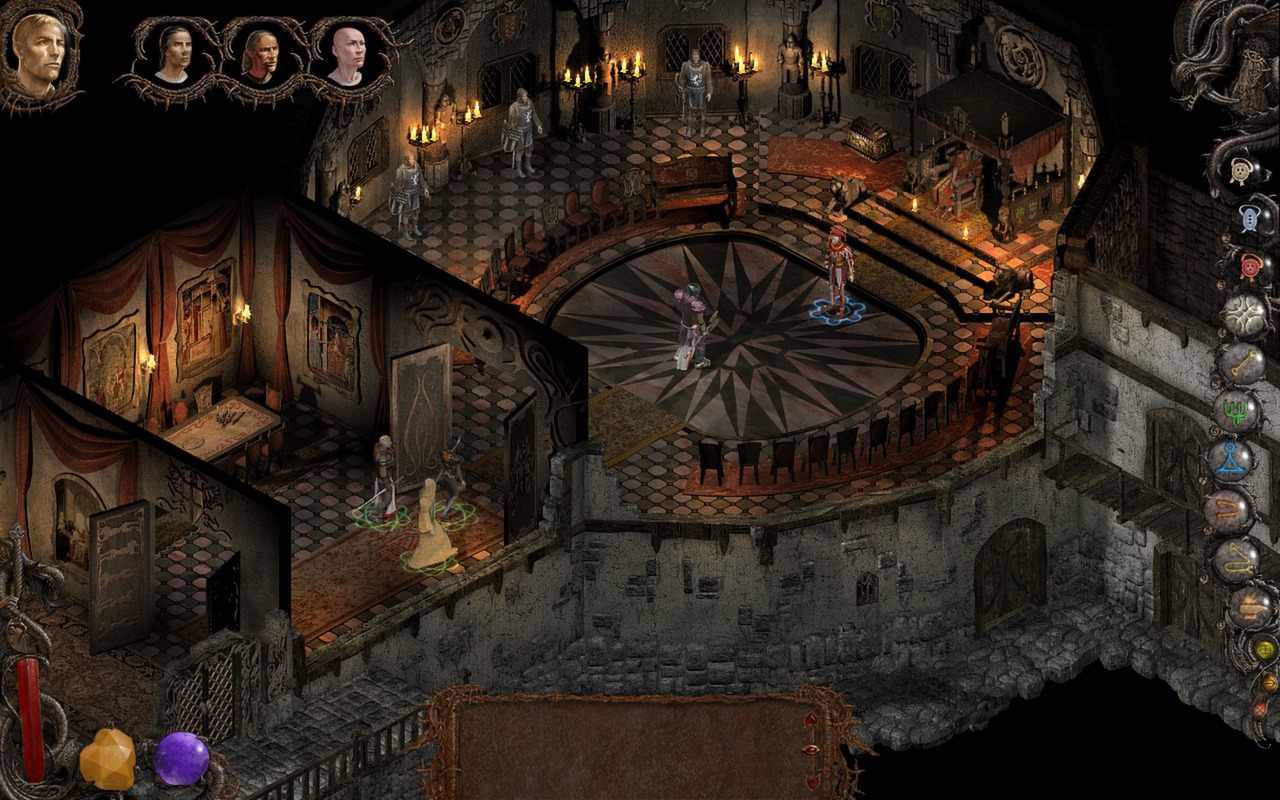 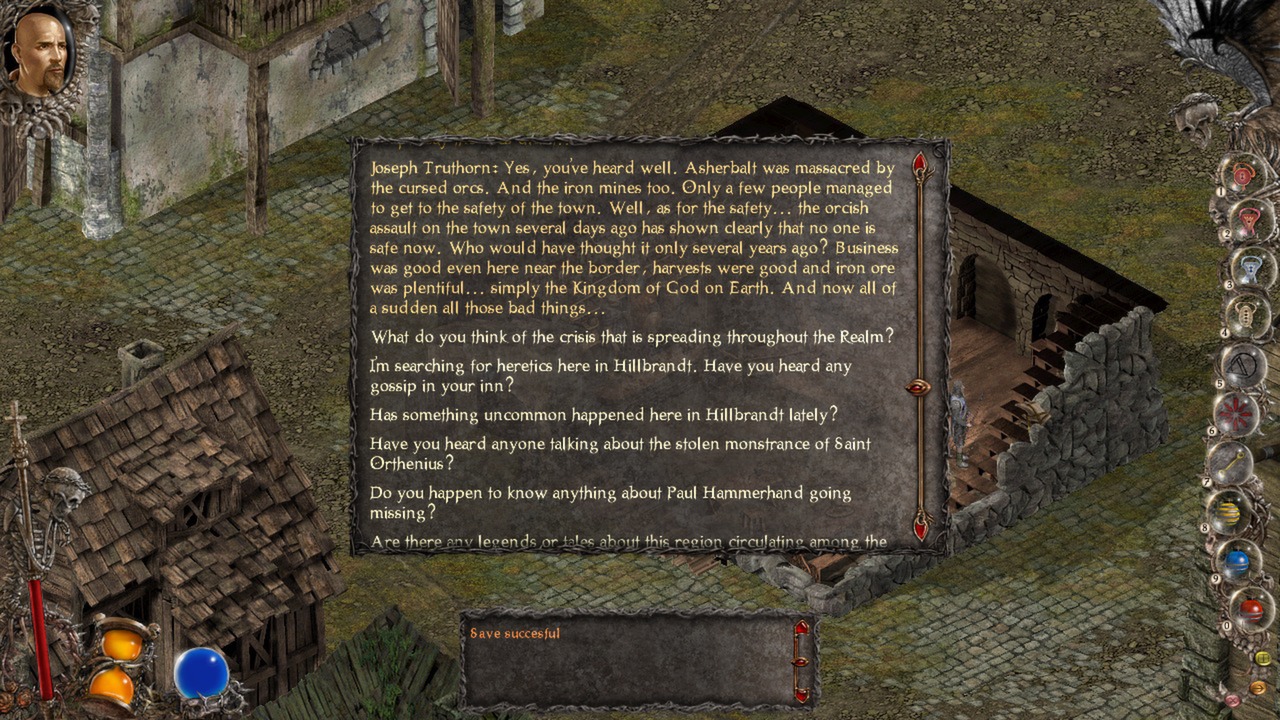 Inquisitional statistics:
Three character classes--Paladin, Priest, and Thief--each with his own unique and independent story.
Wield the power of the Inquisition as you arrest heretics; use a variety of tools-such as the iron maiden, suspension, and the rack-to extract confessions and burn the heretics!
Animations of the game characters, reflecting every change in the equipment, consist of almost one million sprites (i.e. graphical elements)
A wide, open-ended world for you to explore and exploit as you see fit.
More than 200 weapons, 80 spells, and 7 schools of forbidden and allowed magic!
37 extensive dungeon complexes (including multilevel dungeons)
34 surface areas with deep forests, green pastures and extensive towns
10 years of development, 3 years of translations, months of proofreading
More than 5,000 pages of text

Overview:
Ultherst was once a peaceful, God-fearing land until the Three Scourges of God came to pass as foretold by Saint Ezekiel, one of the twelve followers of the First Prophet. First came the famine that devasted the populace. Next came the plague that added more unfortunate souls on Death’s abacus. Finally came the great rain of fire, and death fell down on sinner and innocent alike, blood flooding the streets in place of water. The people, in their desperation, turned away from the Holy Mother Church and delved deep into pagan decadence or succumbed to the temptation of the Devil. You have been charged with the office of Inquisitor. It is up to you to investigate crimes against the one true faith and root out heresy--using any and all means necessary. As in all best computer RPGs--the most important choices are yours to make.

Inquisitor is a unique blend of action-oriented combat with a deep and involving tale of betrayal, torture, madness, and infernal damnation. Put your wits to the test as you collect evidence against possible heretics and put them to trial once they have been charged. Use the might of the Inquisition to extract a confession from your subjects, but be warned, use your power wisely or you will face the consequences. If a gritty old-school open-ended isometric RPG is what you looking for, look no further. Inquisitor will provide you with hours of gameplay and a dark, involving story.