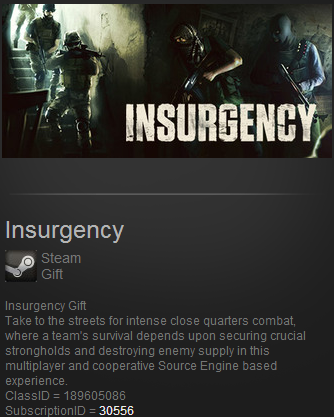 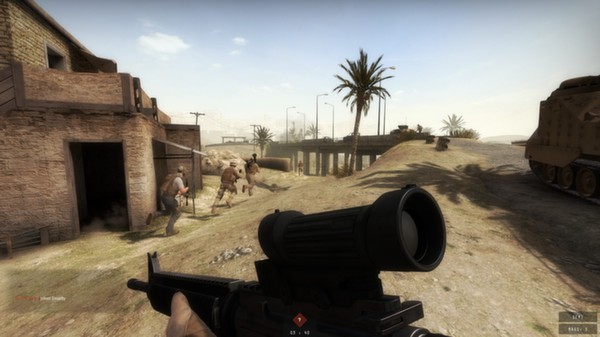 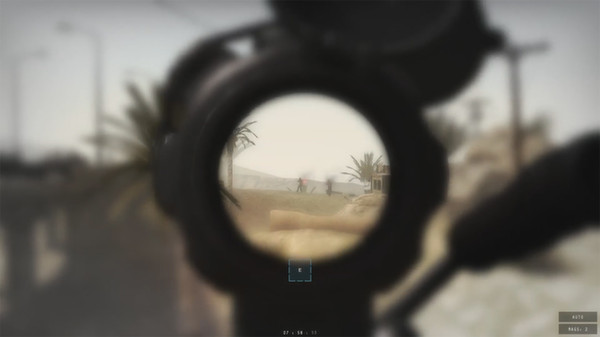 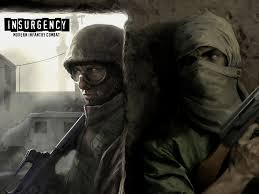 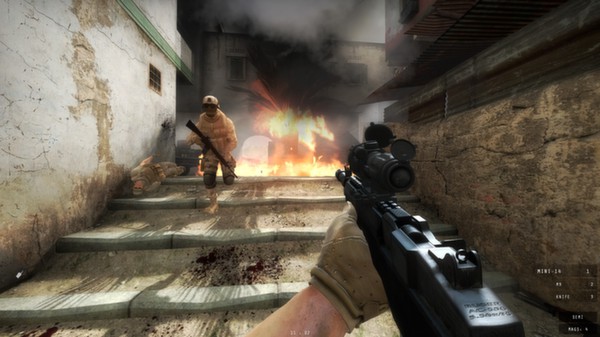 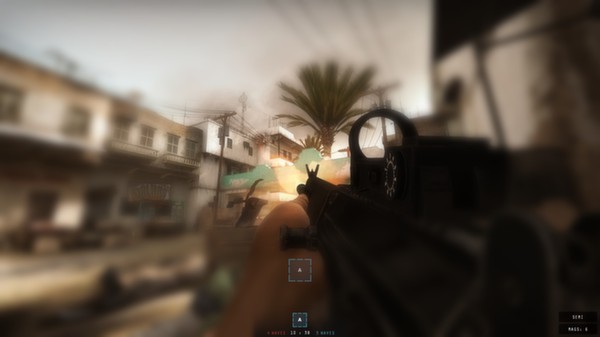 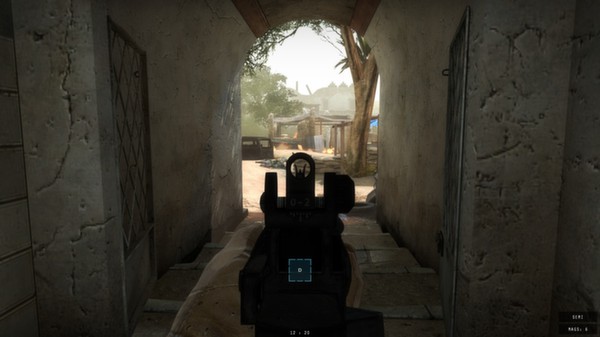 Loyalty discount! If the total amount of your purchases from the seller Game_Seller more than:
If you want to know your discount rate, please provide your email:

Over 20 weapons with numerous attachments, no crosshair, and a focus on realistic weapon behavior including a free-aim system and intense suppression effects.
17 multiplayer and cooperative maps that take place in 9 distinctive environments ranging from Iraq to Afghanistan to Somalia.
9 multiplayer game modes supporting up to 32 players, with a focus on territorial control, destroying weapon caches and escorting high value targets.
Cooperative game mode where you and your friends team up to complete mission-based objectives.
Offline practice mode, playing with bots on all game modes.
Squad system built upon role-based player classes, which are customizable and asymmetrical based on what team you are on.
Squad-based communication system which includes 3D VOIP, allowing friendly and enemy players within proximity to hear you.
Overhead map detailing objective and teammate locations.
Accumulate supply to customize and upgrade your gear, affecting your weight, stamina, and movement speed.
Simplified HUD and UI for a clean, immersive user experience focused on the action and environments.
Highly immersive particle FX and audio to intensify the game experience.
Create custom maps and content using the Insurgency SDK and scripting system.
Playable on both PC and Mac OSX and supports multiplayer cross-compatibility.
Dedicated Server Support for PC and Linux.

Multiplayer Game Modes:
Firefight --- Three territorial objectives, one for each team, plus one neutral. Each team only respawns when they secure an objective. Secure all objectives or eliminate all enemy to win. Every life counts, making this a very suspenseful experience dependent upon teamwork.

Infiltrate --- Your usual Capture the Flag but with a twist. In Infiltrate, your team´s goal is to take the enemy´s intel and return it to your base. Your team will only respawn when someone takes the enemy´s intel, or when an enemy stealing your team´s intel is neutralized. This mode requires very strong team coordination and strategy.

Push --- Three objectives must be captured by the attacking team in sequential order. For each objective captured, they gain more reinforcement and time to attack the next. Defenders have a finite amount of reinforcements and must use each wisely.

Occupy --- There is one central territorial objective in the area. The team that controls it does not deplete reinforcement waves. This gameplay in this mode is reminiscent to King of the Hill or "tug of war".

Ambush --- A high value target ("HVT") must be escorted to an extraction point. It´s one team´s goal to make this happen and it´s the ot