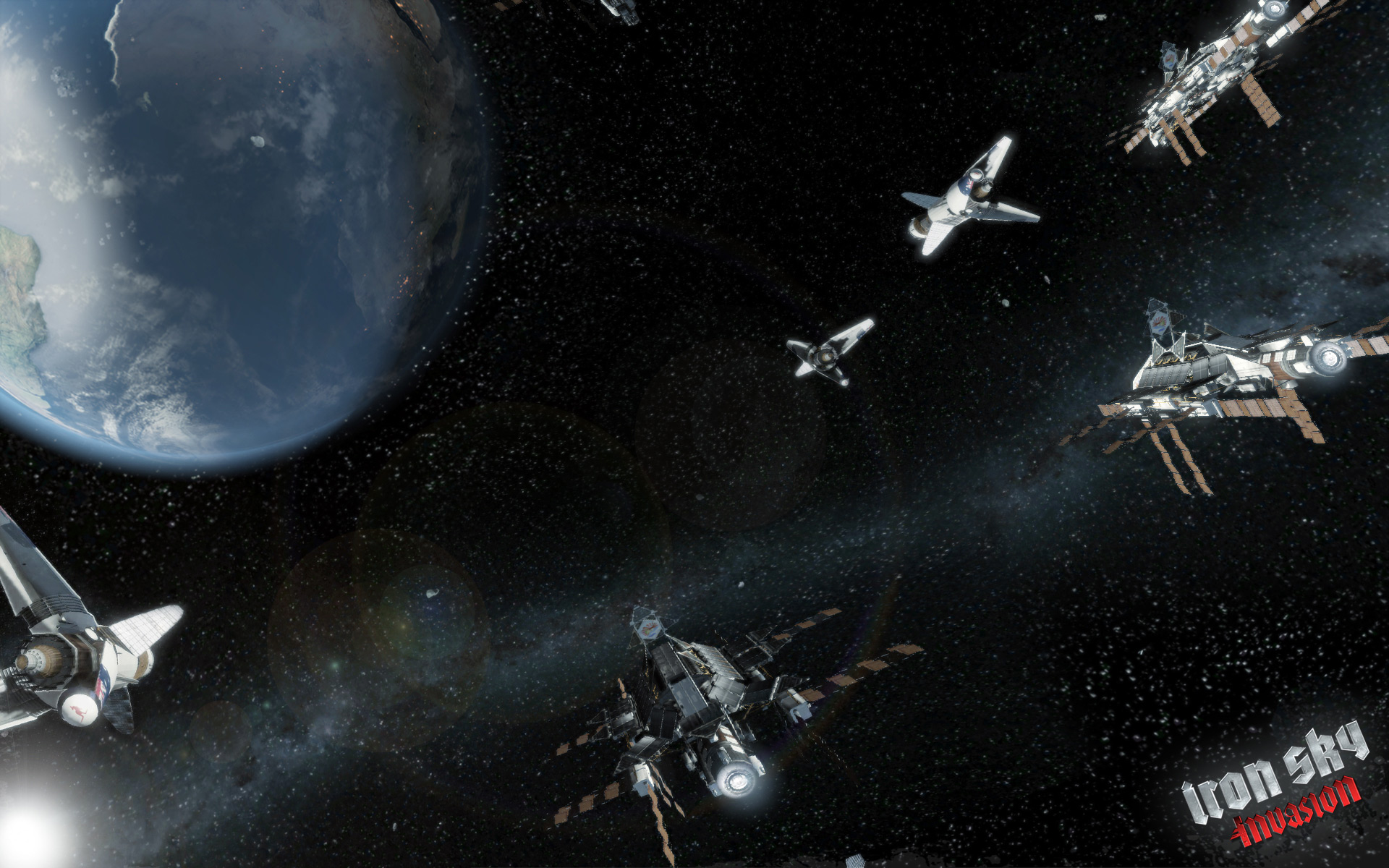 In the near future, humanity will face the greatest threat to its offspring ever in history: the invasion of the Nazi Horde, revived in the depths of space! The armada of ships of the Fourth Reich, secretly built on a hidden base on the moon, descends to Earth to bring down horror and destruction on it.
But this is not done without resistance. The cadres of experienced space pilots stepped forward to protect Mother Earth from turning this perverted regime into a new homeland. A lone pilot entering the hangar, to see the three modern prototype ships awaiting him, knows that he is the only one who can save planet Earth. It depends on him and his brothers in arms whether mankind will remain free from the yolk of Nazism forever ...

The set during the main conflict of the film “Iron Sky: Invasion” puts players in the cockpit of an advanced new fighter to test its power, flight and air combat skills against the upcoming blitzkrieg at altitude. The main goals are to protect the Earth and its space installations from enemy attacks, blow up as many Nazi ships into oblivion as possible, collect and skillfully manage the necessary resources and make it alive until the final confrontation ... where the Fourth Reich´s final secret weapon awaits those who are stupid enough brave to take the hammer and chisel of heroism and try to carve your names on the tablets of history.
Game process
The film itself was only the first stage of the assault. Now, after the credits have rolled, the true hit begins with “Iron Sky: Invasion,” the film’s official video game. The game puts players in direct control of the advanced pilot of a space fighter obsessed with protecting the Earth from the invasion of the Nazi fleet from space. Created by the architects of the most popular European RTS series in the world, the Earth franchise (Earth 2140, Earth 2150 and Earth 2160) ), as well as the best-selling RPG hits “Two Worlds” and “Two Worlds II”, “Iron Sky: Invasion” pack more firepower than a space rocket launcher, and, like the film, will exceed the expectations of its genre.