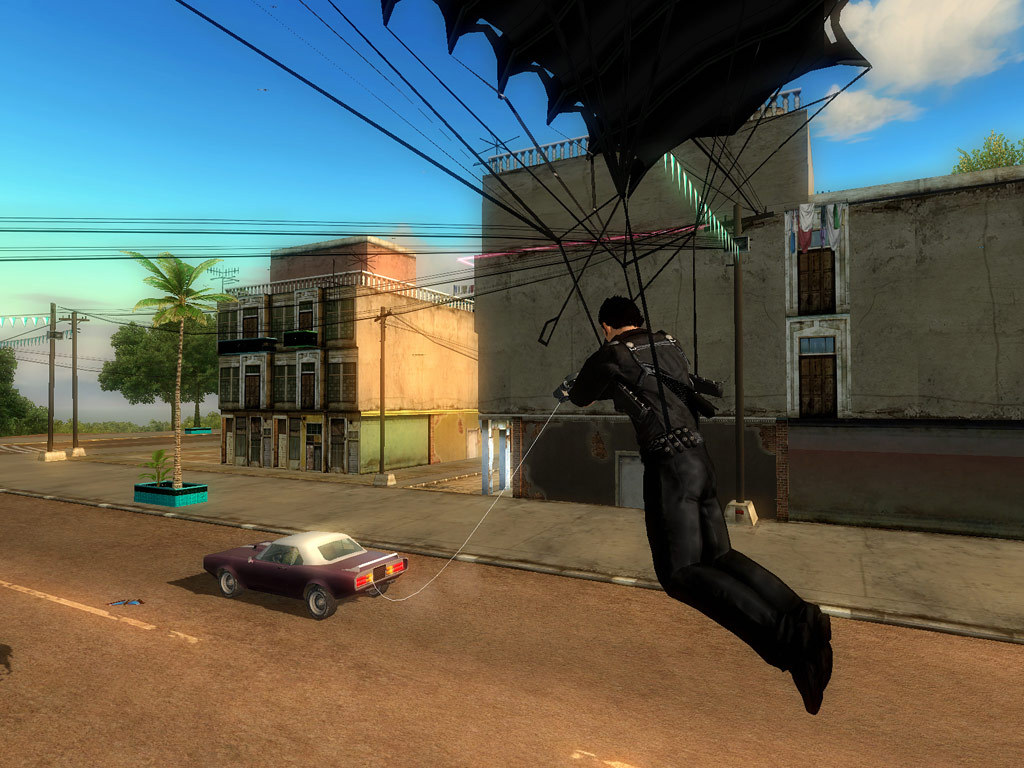 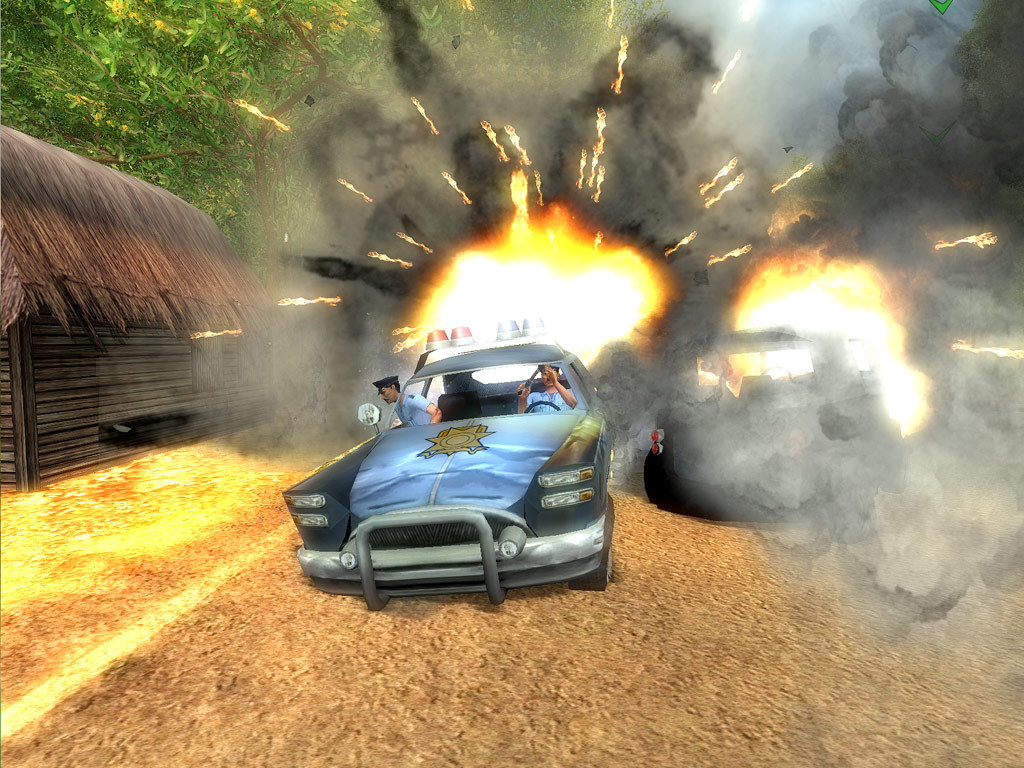 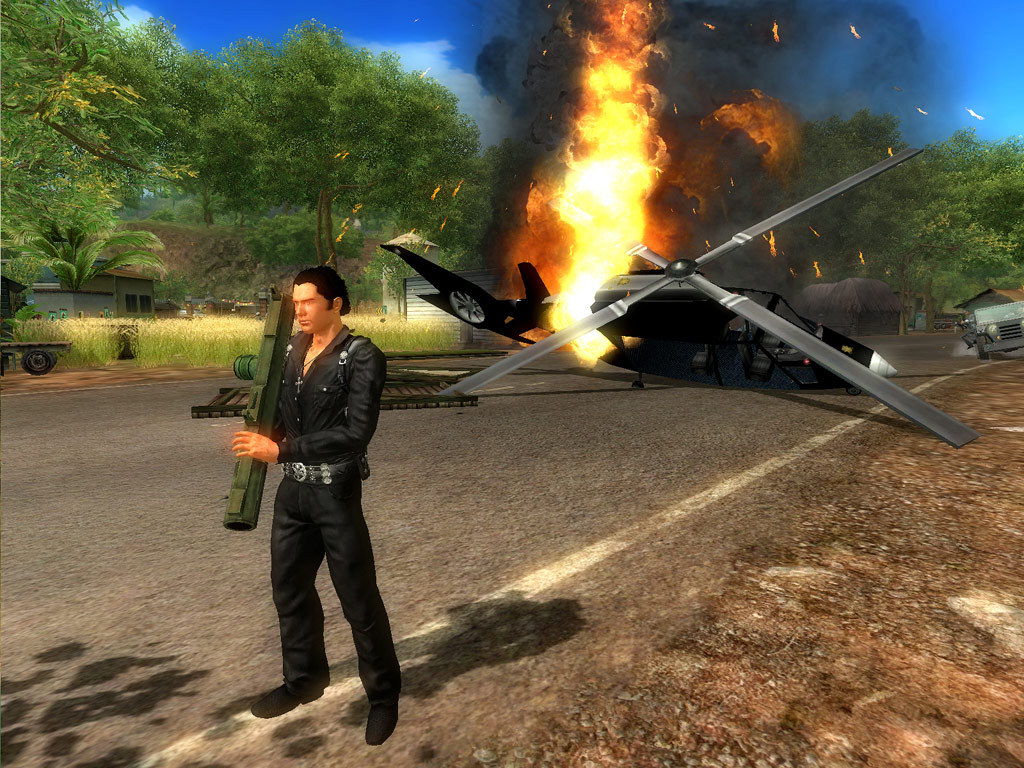 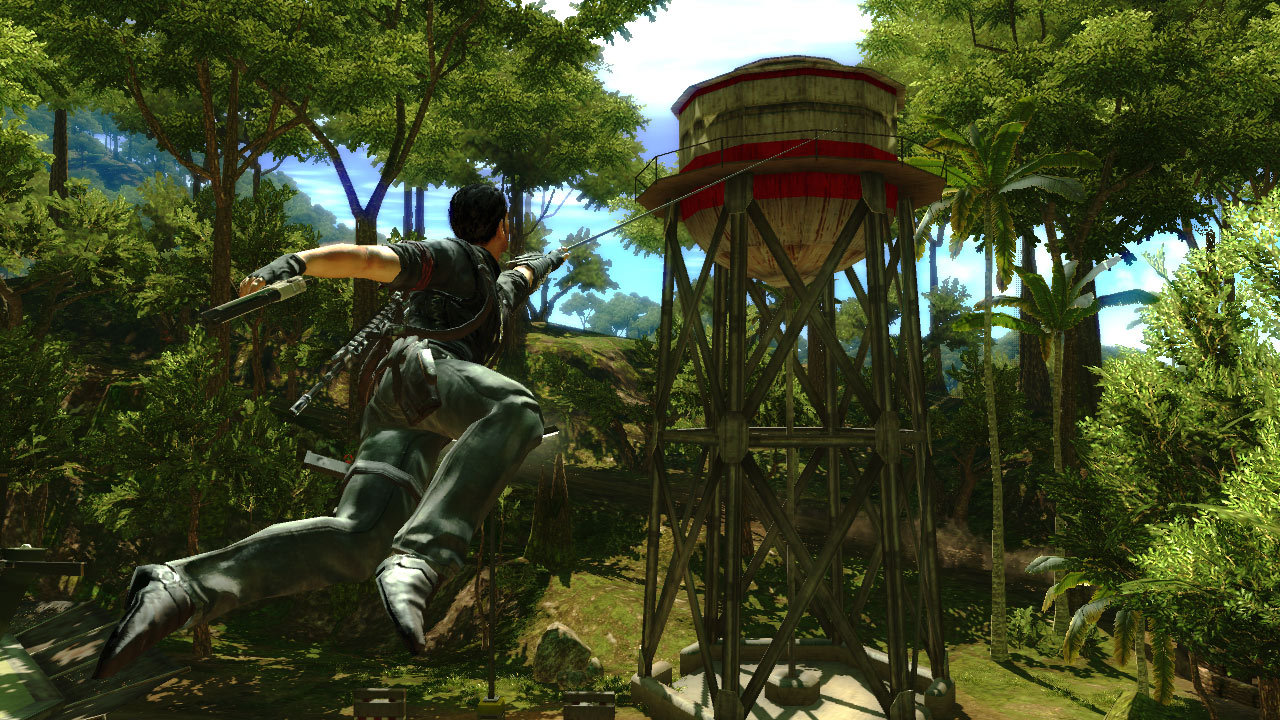 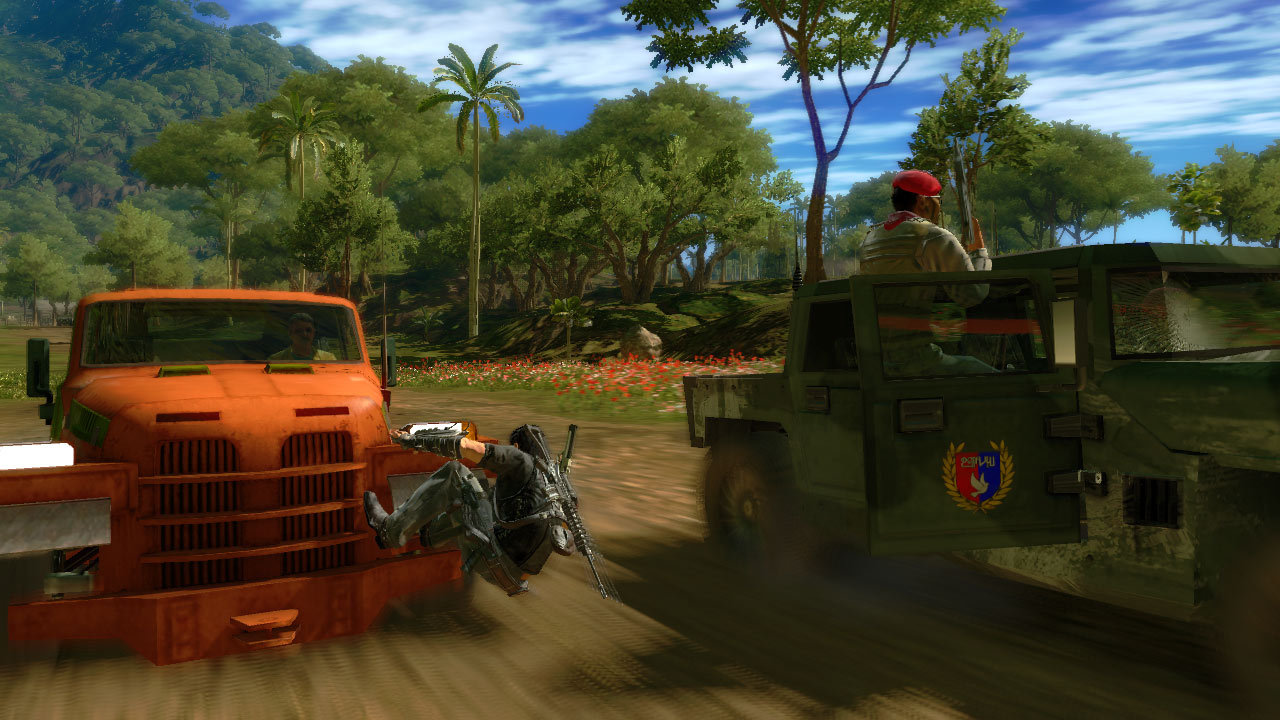 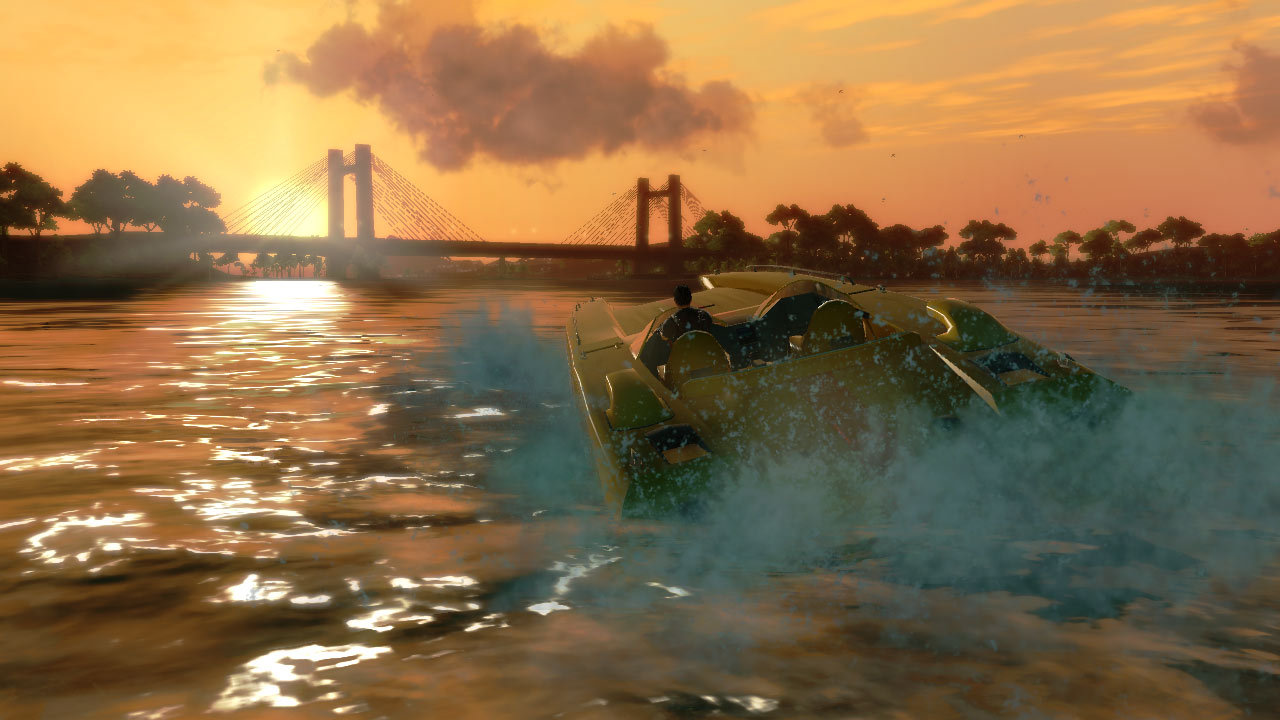 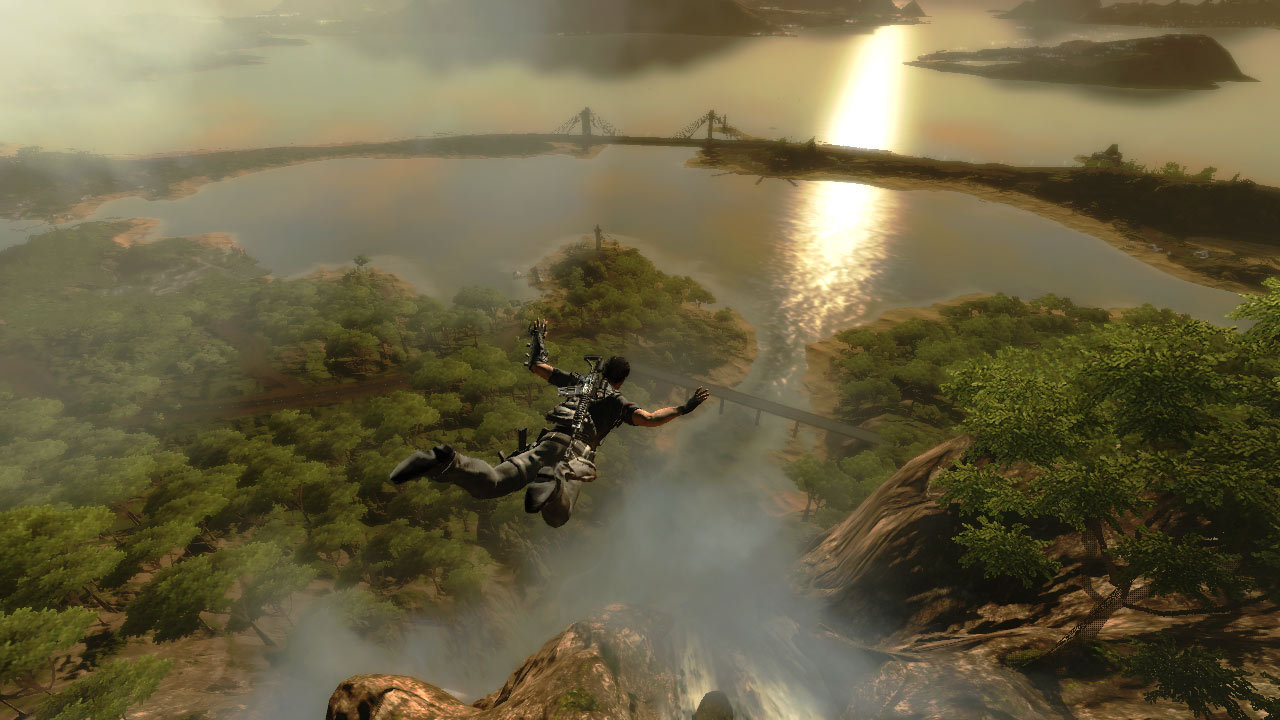 Just Cause
Your world...Your rules! In Just Cause, you are a Latin field operative and specialist in regime change backed by top secret US government agency who will overthrow the corrupt government of San Esperito. The rogue South American state is suspected of stockpiling Weapons of Mass Destruction, and it´s your mission to negate the threat this poses to world peace. It could be to your advantage that the tropical paradise is about to implode as various factions vie for power - it just needs a gentle nudge in the right direction.

Just Cause offers the freedom to tackle your assignments however you want: playing the island´s factions against one another, inciting a rebellion among the masses and building alliances with rebel forces and drug cartels. The action takes place in an incredibly detailed game world which consists of over 250,000 acres of mountains, jungles, beaches, cities and villages. The island can be explored by land, sea and air, as you will have at your disposal one of the most varied and exciting array of vehicles ever seen in a video game.

Just Cause 2
Dive into an adrenaline-fuelled free-roaming adventure. As agent Rico Rodriguez, your orders are to find and kill your friend and mentor who has disappeared on the island paradise of Panau. There, you must cause maximum chaos by land, sea and air to shift the balance of power. With the unique grapple and parachute combo, BASE jump, hijack and create your own high-speed stunts. With 400 square miles of rugged terrain and hundreds of weapons and vehicles, Just Cause 2 defies gravity and belief.