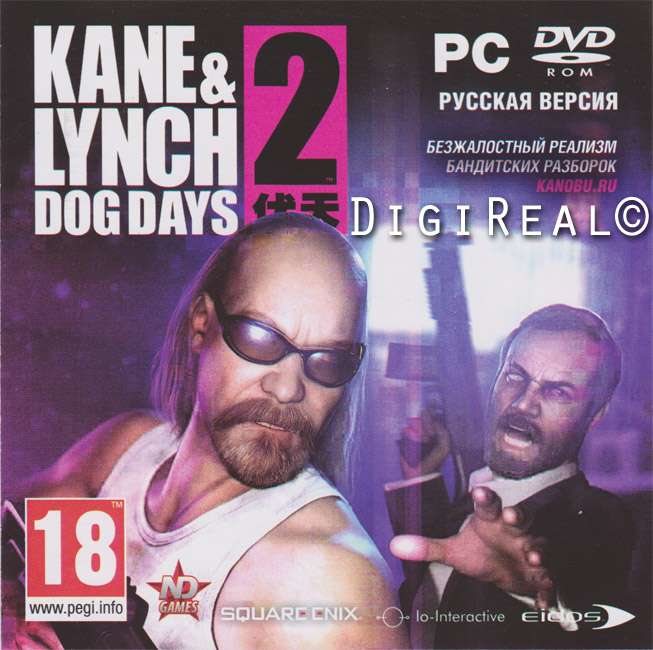 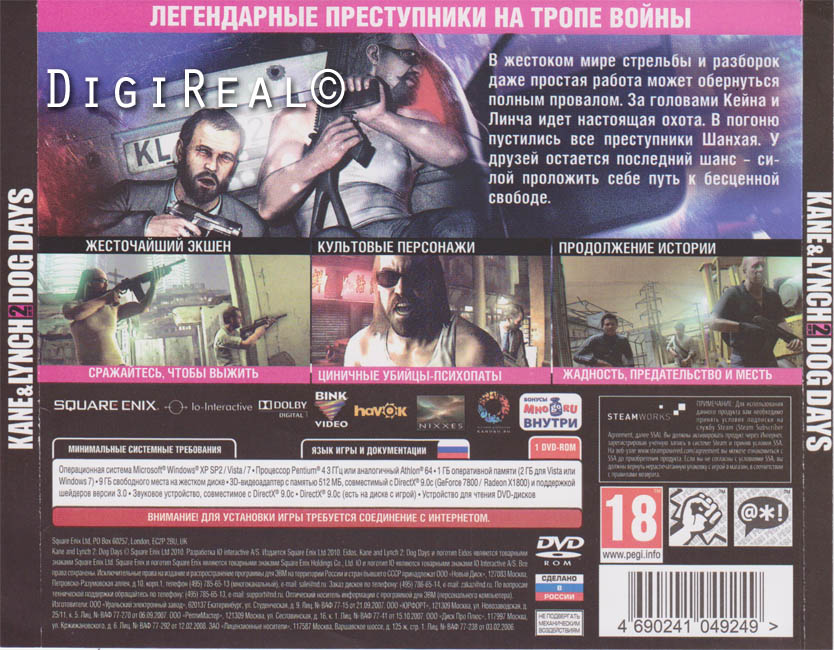 You buy a key, the official game Kane & Lynch 2: Dog Days for STEAM as a scanned image of the box with the licensed game from "new drive".

The most charismatic and brutal pair of characters is back - and this time even worse than before! Psycho-recidivist James Lynch lurking in Shanghai, content humble apprentice position at a local crime boss. Boss instructed Lynch crank the sale of large quantities of arms, and James remembered his old comrade-in-arms - a mercenary retired Adam "Cain" Marcus. The deal Lynch is quite as planned, and the insane duo has just 48 hours to correct the mistakes, punish those responsible, and to stay alive in the streets of Shanghai to arrange a grand performance in the spirit of the legendary "Fight" Michael Mann.

48-hour coverage of the life of the most uncompromising pair of heroes. Adam Marcus nicknamed Cain and James Lynch once again teamed up to turn the arms deal. The deal fell through and now associates have two days to deal with the situation and punish all those responsible. Criminal drama involving the Shanghai police and local organized crime groups in the spirit of the legendary "Fight" Michael Mann made in accordance with the canons of the era of Web 2.0.

Features:
• The unique graphic style reminiscent of the era of unprofessional survey of Web 2.0.
• Complete the realism of what is happening in the game makes an exciting report about the operation to capture a dangerous gang offenders - with you in the lead role!
• James Lynch as the protagonist: Try yourself in the role of a psychopath, not stopping at nothing!
• Updated mechanical shootings, forcing literally fight with the team actions dragged on artificial intelligence, enriched with new tricks and features, including a system of injury.
* Your hero, even after receiving a bullet may shoot and crawl to the nearest shelter, and use the unwary enemy as "human shields."
* Updated multiplayer modes, known and loved by the players on the game Kane & Lynch: Dead Men.

KALKULYATO profit / loss from operations in the FOREX