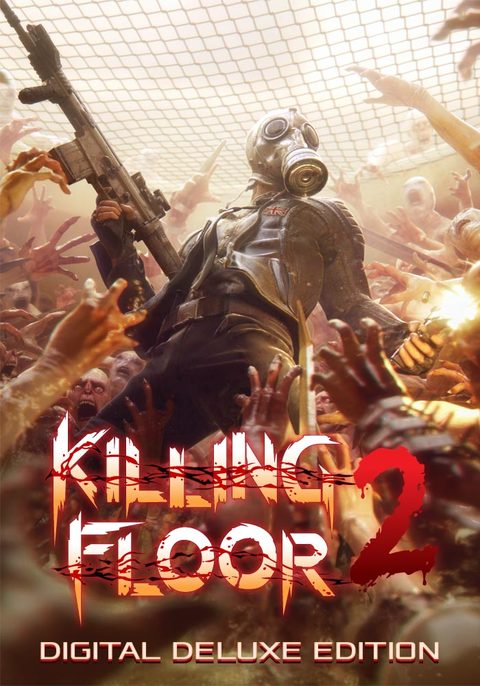 Composition of the edition:

By purchasing the game and activating the key, the player will receive early access to the game now.

Killing Floor 2 continues the famous multiplayer game Killing Floor. The game takes place in Europe, a month after the events of the original game. Because of the incident in the laboratories of Horzine Corporation, the army of clones of failed experiments on creating a super soldier broke free, and their only goal is to kill. You have to play for one of the surviving civilians, which hired the corporation Horzine to destroy the clones. The player is a team "Hoardmode", where players need to destroy the waves of attacking monsters, gaining experience, perks and buying new weapons between the waves. At high levels of complexity requires co-ordination and a well-coordinated team play. All this action is accompanied by a heavy-metal soundtrack, and a specially-designed system for dismembering monsters.

• Co-op for 6 players - play alone, or play with friends, fight and try to survive, shooting at hordes of monsters whose only goal is to kill you. A lot of game characters and unique perks are waiting for their players.
• "MEAT" system is a system for dismembering monsters, allowing you to shoot off limbs, tear guts, and cut monsters into pieces. Each monster has 19 points of dismemberment, due to which possible combinations of damage to monsters are truly enormous.
• Complexity system - unlike most games where, with increasing difficulty, enemies simply grow thick skin or do more damage to the player, the developers of Killing Floor 2 went the other way. With the increased level of complexity, monsters gain new abilities, techniques and strategies aimed at more optimal destruction of a group of players. Be prepared for surprises.
• Blood bath - unlike most games, the blood in Killing Floor 2 does not disappear after killing enemies, or between the waves of adversaries. As you pass, the level of play changes, blood on the floor, splashes on the walls, spots everywhere.