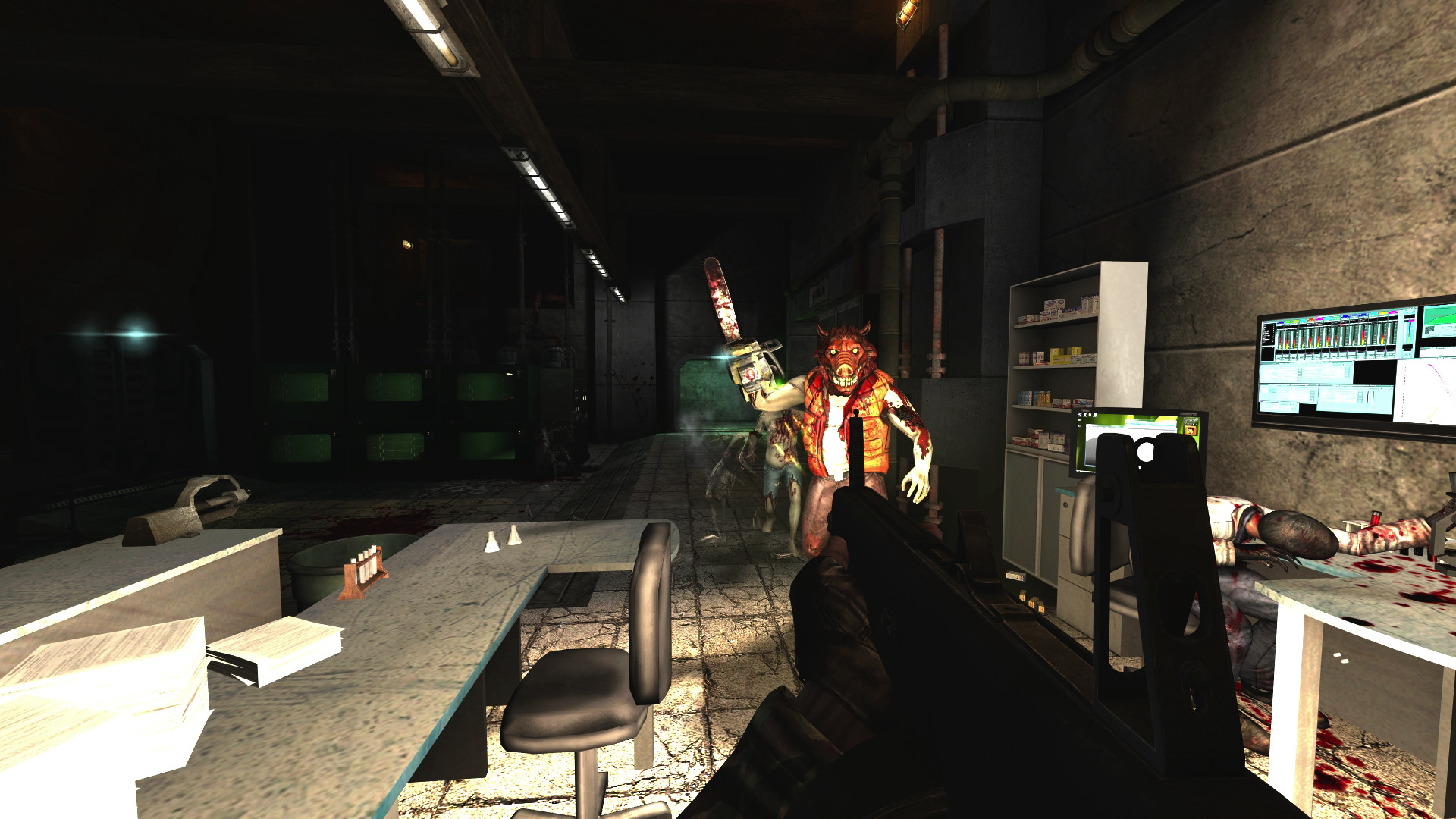 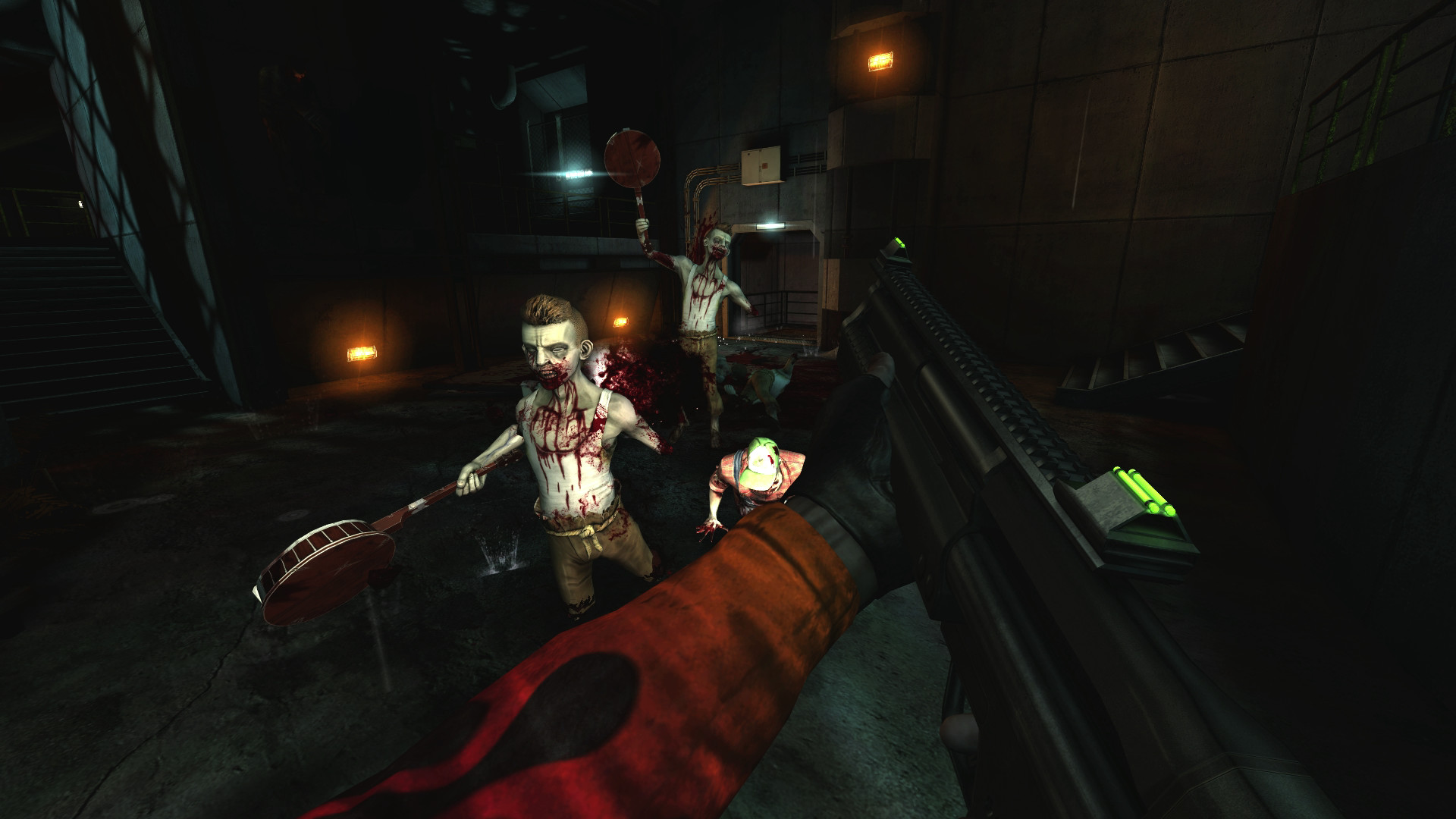 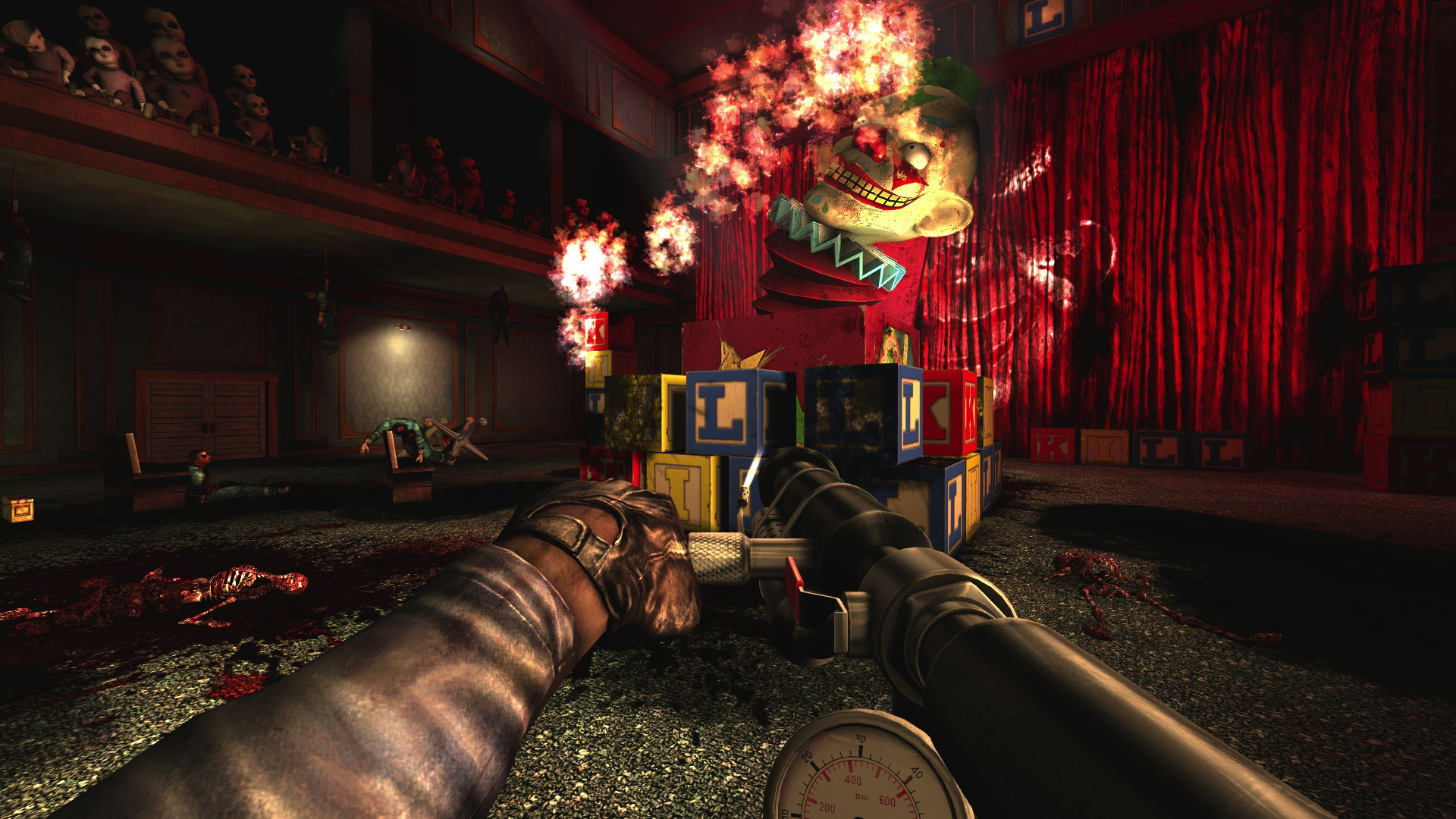 Killing Floor - Condominium horror-survival shooter with a first-person, which is unfolding in the streets of abandoned cities and suburbs in Britain shortly after the failed experiment to build and clone "super soldiers." You and your comrades - members of the Armed Forces, dropped into these locations with a simple goal - to survive as long as possible by stripping the drop zone from the consequences of a failed experiment!
* Cooperative Gameplay - six players against countless mutants
* System improvements, allowing the use of online achievements to improve the skills of the hero
* More than 170 achievements, such as "respect for death," is awarded for killing 10 monsters devouring corpses of your teammates or "Hot Cross Fun" for the murder of 25 burning monster with a crossbow
* The delay time «ZEDtime», allowing to see the details of the game moments, even in multiplayer
* Single play mode "in one"
* Ten kinds of monsters who are concerned only tearing your head. In addition to the jaws and claws of the offspring may be armed with chainsaws, machine guns and even grenade
* The wide, with more than thirty-three types of weapons, choice of weapons - from knives and fire ax to a shotgun, rifle and flamethrower
* Devices for welding, medical supplies and armor, designed to facilitate the survival
* System improvements. You can choose those that will confront the countless crowds of mutants will be useful or just your team
* An open, non-linear game world: you are free to choose where and when to fight or retreat. Brew the door to make the monsters go around the narrow corridors
* Full customization, allowing players to change the difficulty level, the number of waves, or even put your own made up of favorite monsters
* Support for functional Steam and Steamworks
* One set of materials for the creation of new levels and mods