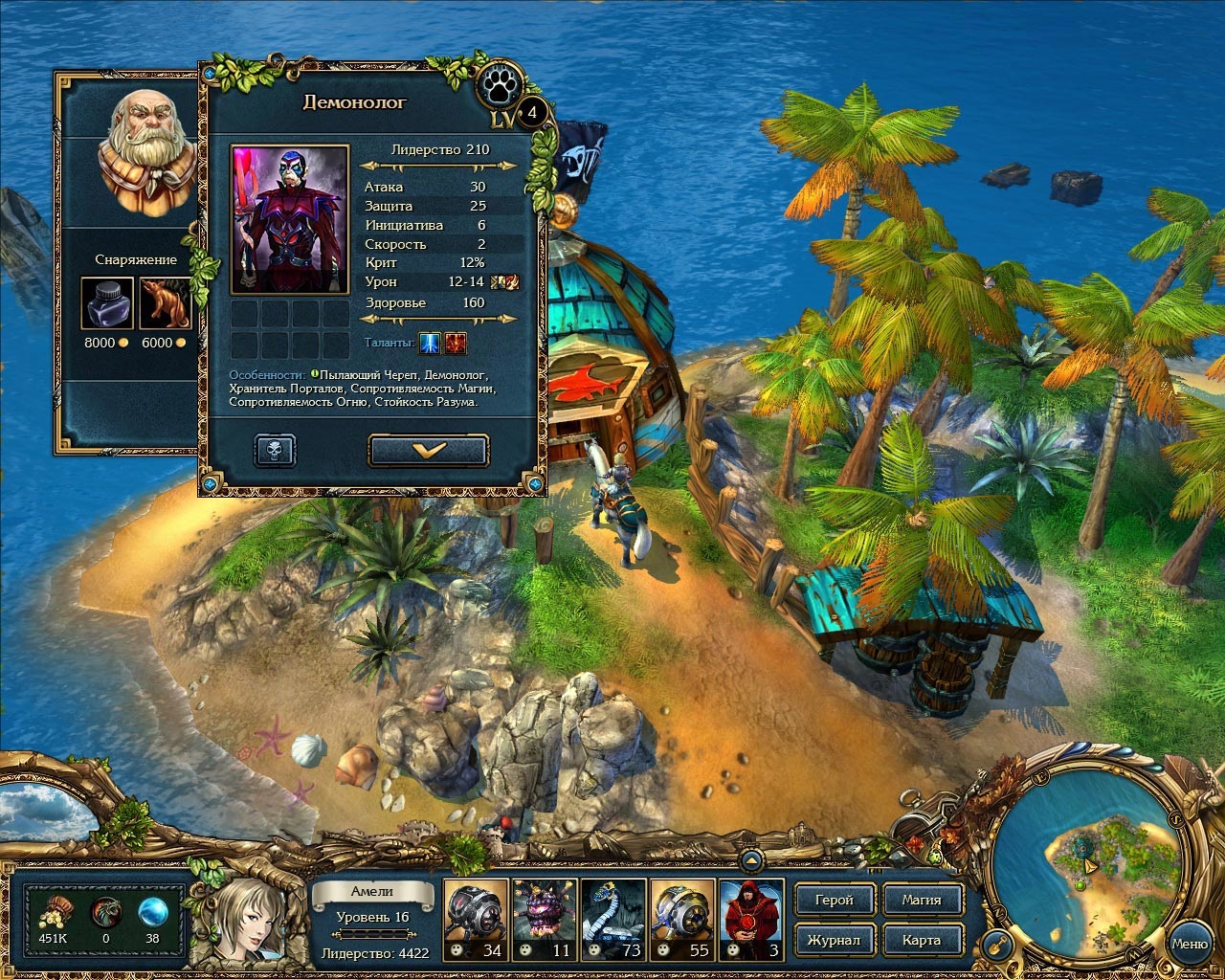 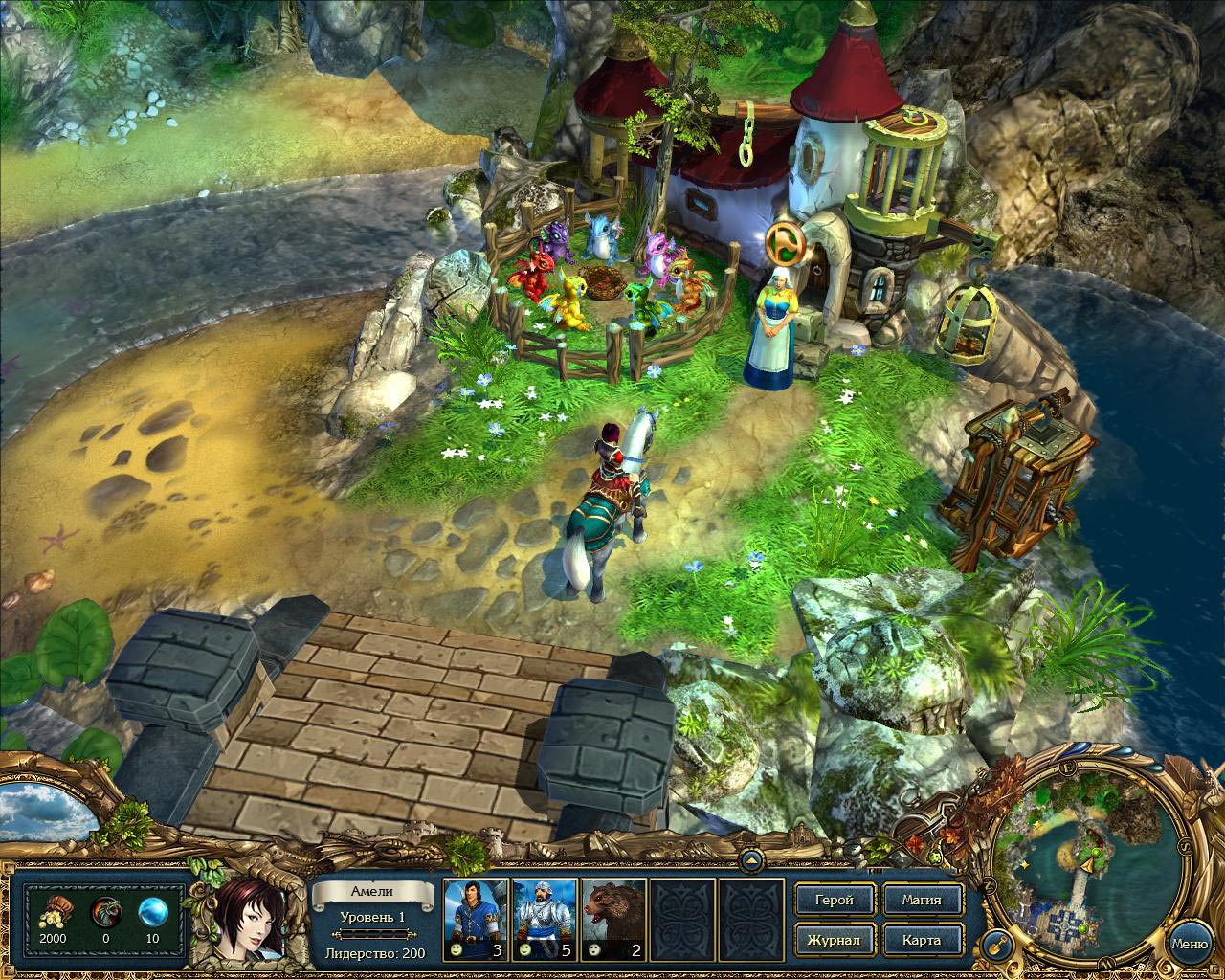 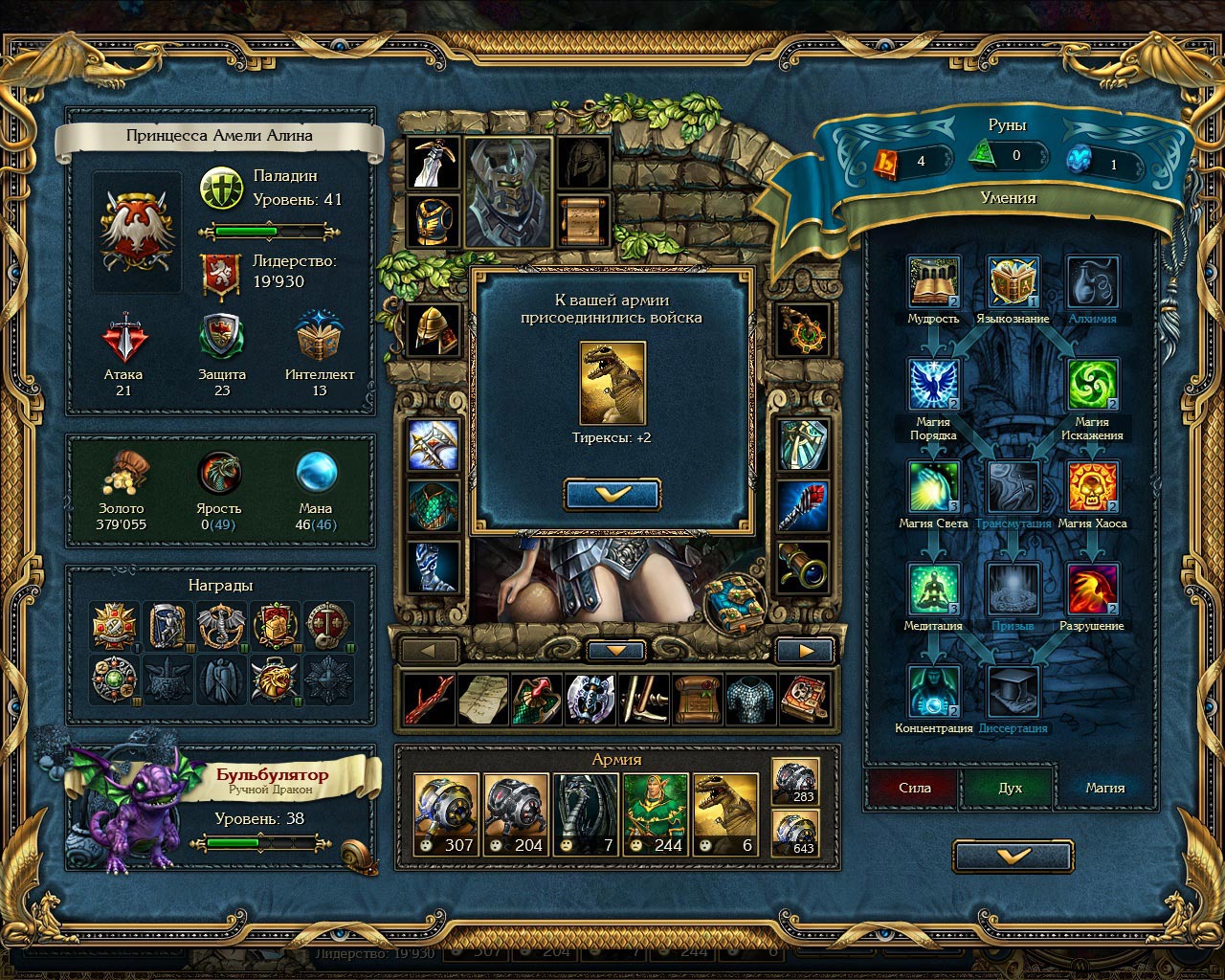 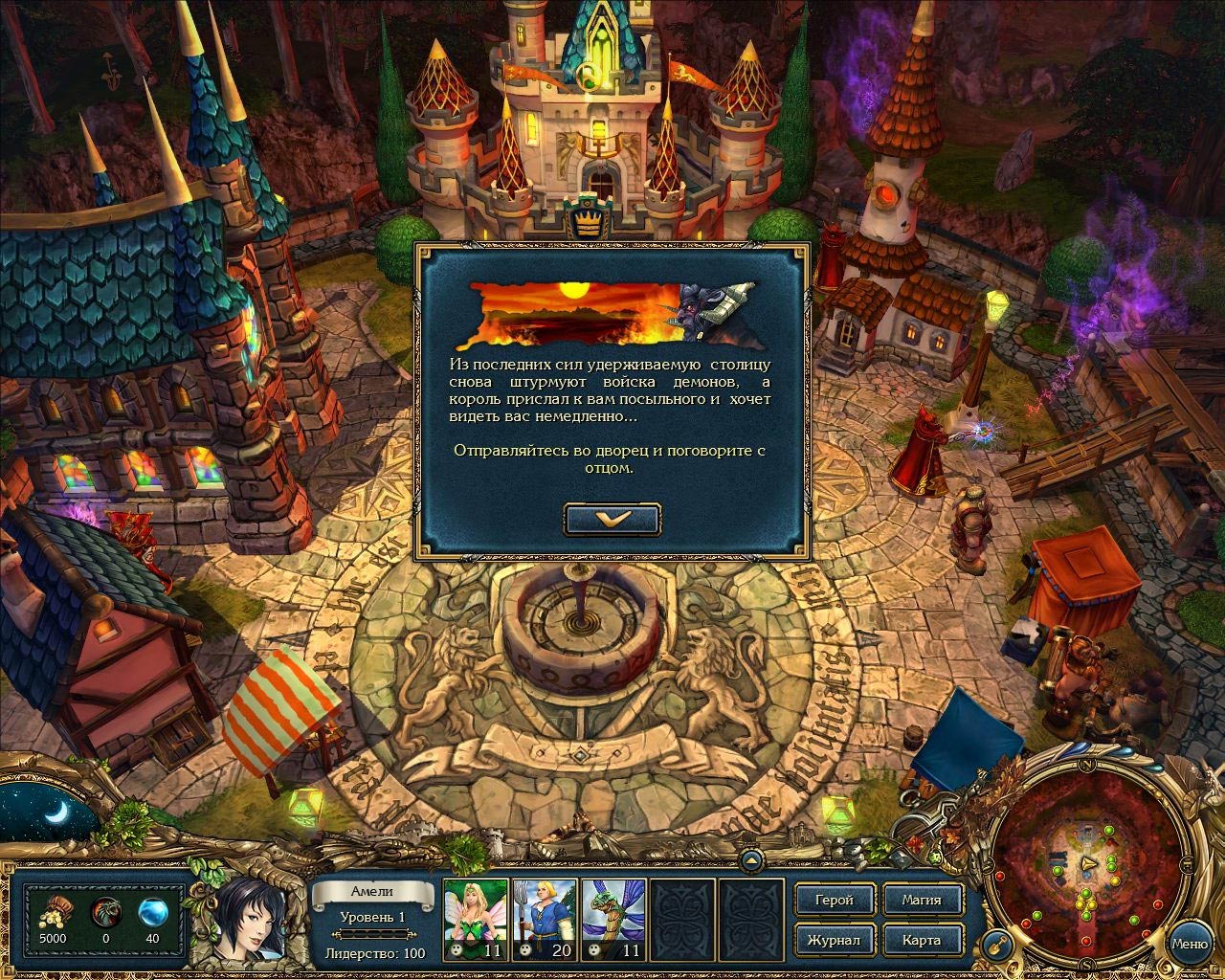 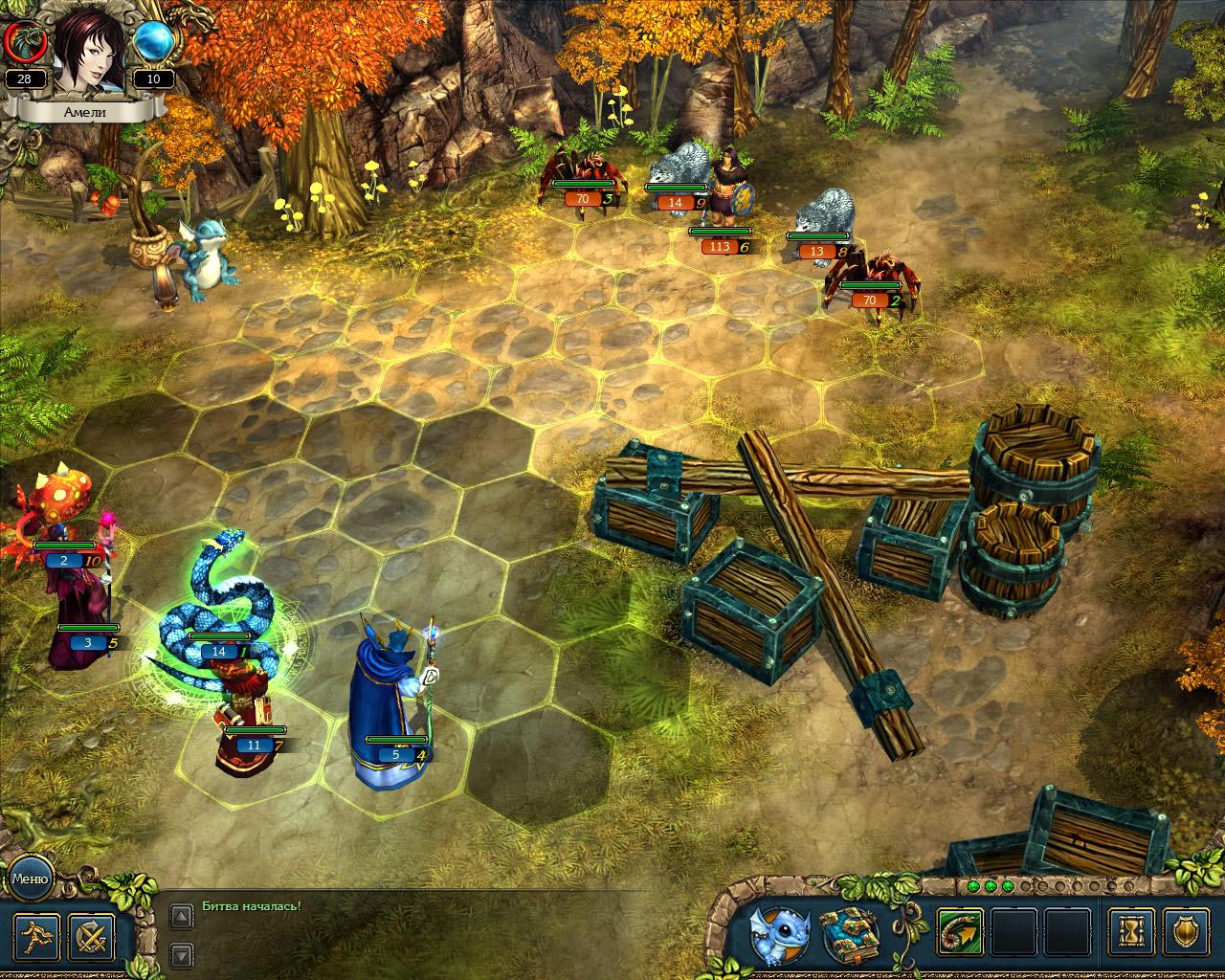 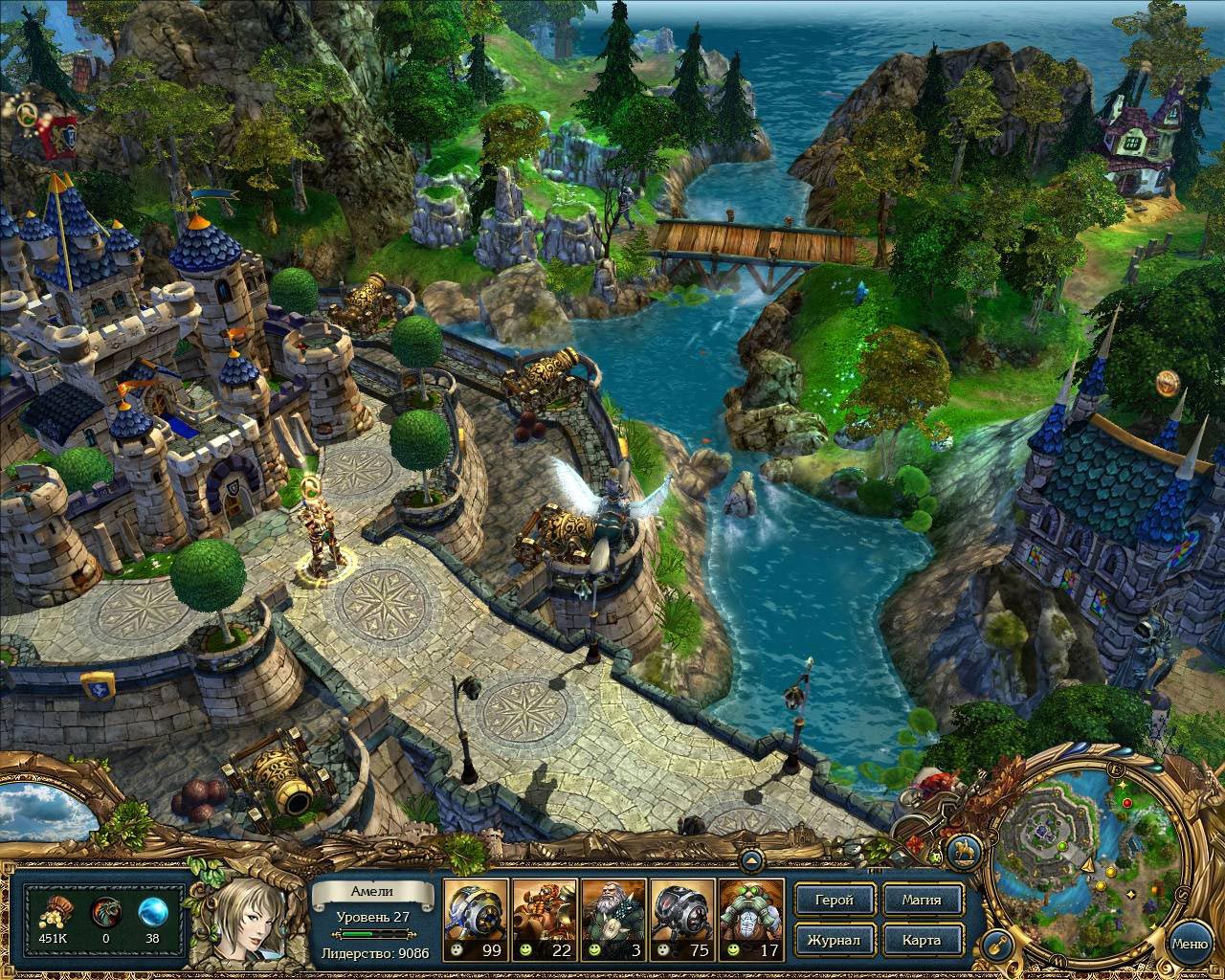 =========================================
The new adventure role-playing game is the long-awaited continuation of the King’s Bounty saga. The Legend of the Knight. " In the role of Princess Amelie, the player will go to the world of Teana, where the heroine will have to find the illustrious knight and her mentor Bill Gilbert. The new world is full of unknown dangers: on the way of the princess there will be armies of terrible monsters, huge monster bosses and a race of bloodthirsty dinosaurs. But, as in any adventure, you have something to oppose to the enemy. Various skills and abilities of Amelie, as well as the possibility of free flight will overcome any difficulties. Moreover, a real hand dragon accompanies the princess along the way! This beast is still small and funny, but its abilities are rapidly developing, and soon it will become extremely dangerous. In battle, he will defend his princess with all available means, from simple strikes and treasure hunts, to military madness and the awakening of volcanoes. It is not enough to overcome all the dangers of the unknown world and return home! The huge army of demons besieging the native capital will not go anywhere. The even and inexorable course of time invariably measures the hours of life of the king and his subjects. Remember: their life is in your hands!

• A new fascinating story in an unknown world
• The ability to play for a female character - Princess Amelie!
• Three classes: warrior, paladin and mage, each with their own style of passing the game
• Medals earned for player’s special achievements give useful bonuses.
• Hand pet! Summoned in battle for Fury, a dragon, gaining experience, can learn and improve nine unique skills
• A new race of bloodthirsty dinosaurs
• The ability to turn a horse into a Pegasus for independent flight!
• Instant travel between famous continents by sea
• Ability to hire squire satellites
• The revival of the classic system of contracts and bounty hunting!
• An advanced role-playing system, including dozens of parameters and skills, allows you to develop a character up to level 50 and above
• Lots of spells to use on the battlefield and brand new Wandering Magic spells for an adventure card
• New unique bosses: Driller, Gremlion, Archdemon Baal and others
• A unique system of living objects that can show will and change their essence; new types and classes of items
• Hundreds of different battle arenas. Unique arenas for capturing castles and upgrading items
• A variety of traps and bonuses on battle arenas that can change the course of the battle
• Combination of dynamic adventure and turn-based tactical battles
• Modern engine supporting the latest graphics solutions
• Beautiful, thoughtful and user-friendly interface
• Impeccable art style of classic fantasy