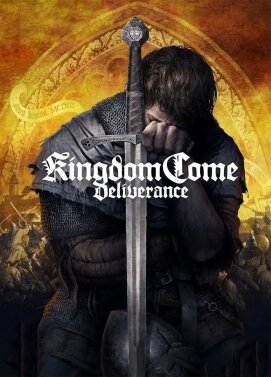 Uploaded: 26.12.2020
Content: text 43 symbols
Loyalty discount! If the total amount of your purchases from the seller vendomenxxx more than:
If you want to know your discount rate, please provide your email:

You are Indrich, the son of a blacksmith. Trapped in the maelstrom of civil war events, you helplessly watch as invaders storm your village and slaughter your friends and family. Miraculously escaping a cruel fate, you will raise your sword for retribution. Avenge the death of your parents and help drive away the invaders!

History:
Bohemia, located in the heart of Europe, is famous for its cultural traditions, silver reserves and many castles. After the death of the beloved ruler, Emperor Charles IV, dark times fell for the kingdom: war, corruption and strife are tearing apart this gem of the Holy Roman Empire.
One of Charles´s sons, Wenceslas, inherited his father´s crown. In contrast, Wenceslas is a naive, self-indulgent and unambitious monarch. His half-brother and King of Hungary, Sigismund the Red Fox, feels weakness in his brother. Disguised as an act of goodwill, Sigismund travels to Bohemia and kidnaps his half-brother. Without a king on the throne, Sigismund is free to plunder Bohemia and seize its wealth.

Without a home, family and future, you find yourself in the service of Lord Razig Mare, who creates resistance to the forces of the invaders. Fate draws you into this bloody conflict and throws you into the thick of the raging civil war, where you help fight for the future of Bohemia.

Functions:
Huge realistic open world: magnificent castles, endless fields, all in stunning hi-end graphics.
Non-linear storyline: complete quests in many ways, observing the consequences of each decision you make.
Challenge by duel: ranged combat, stealth or melee, the choice of weapon is yours.
Character development: improve your skills, get new talent points, upgrade your equipment.
Dynamic world: your actions influence the reactions of the people around you. Fight, steal, seduce, threaten, persuade or bribe. Everything depends on you.
Historical Accuracy: Meet real historical characters and immerse yourself in the world of medieval Bohemia.

Kingdom Come: Deliverance - Treasures of the Past contains:

Treasure maps of the lords exiled by King Sigismund of Hungary. Maps will lead you to the treasures of these patriots, bandits and schemers.
Warhorse mythical armor. They are shrouded in mystery - they say that those who once wore them cleared the lands of the Kingdom of Bohemia from dragons.

How to activate the key and start playing Kingdom Come: Deliverance (PC):

If you don´t have the Steam client installed, download and install it.
Log into your Steam account or register a new one if you don´t already have one.
To activate the key, select "Activate via Steam ..." in the "Games" or "Add a game" section in the lower left corner of the application and select "Activate via Steam ..." there.
Enter the activation key (to get it, you need to buy Kingdom Come: Deliverance (PC)).
After that, the game will be displayed in the "Library" section, and you can download Kingdom Come: Deliverance (PC).

Related to item "Kingdom Come: Deliverance + Treasures of Past CIS":