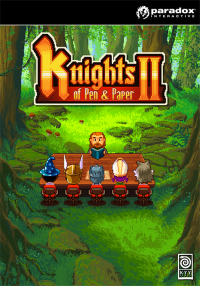 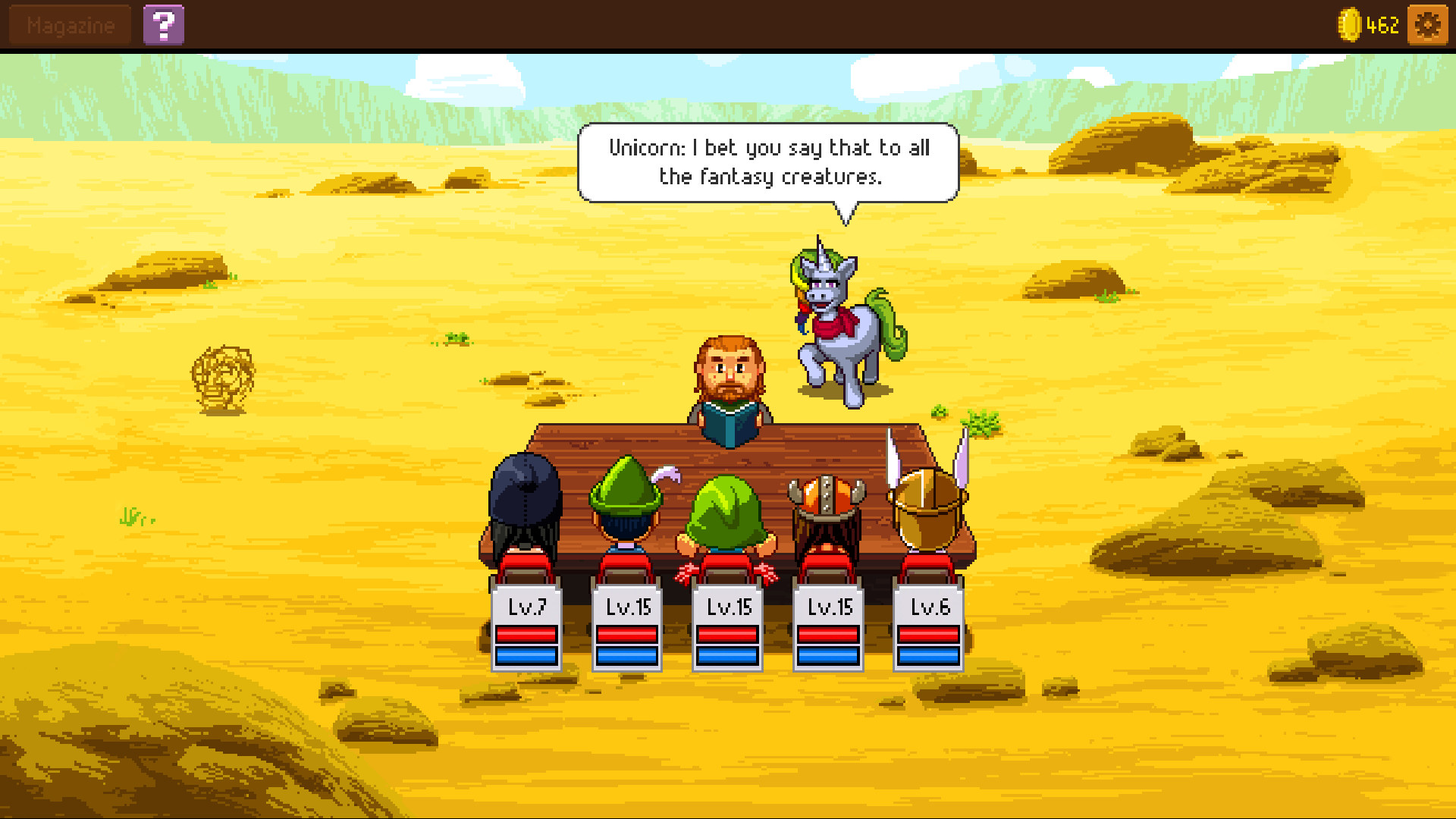 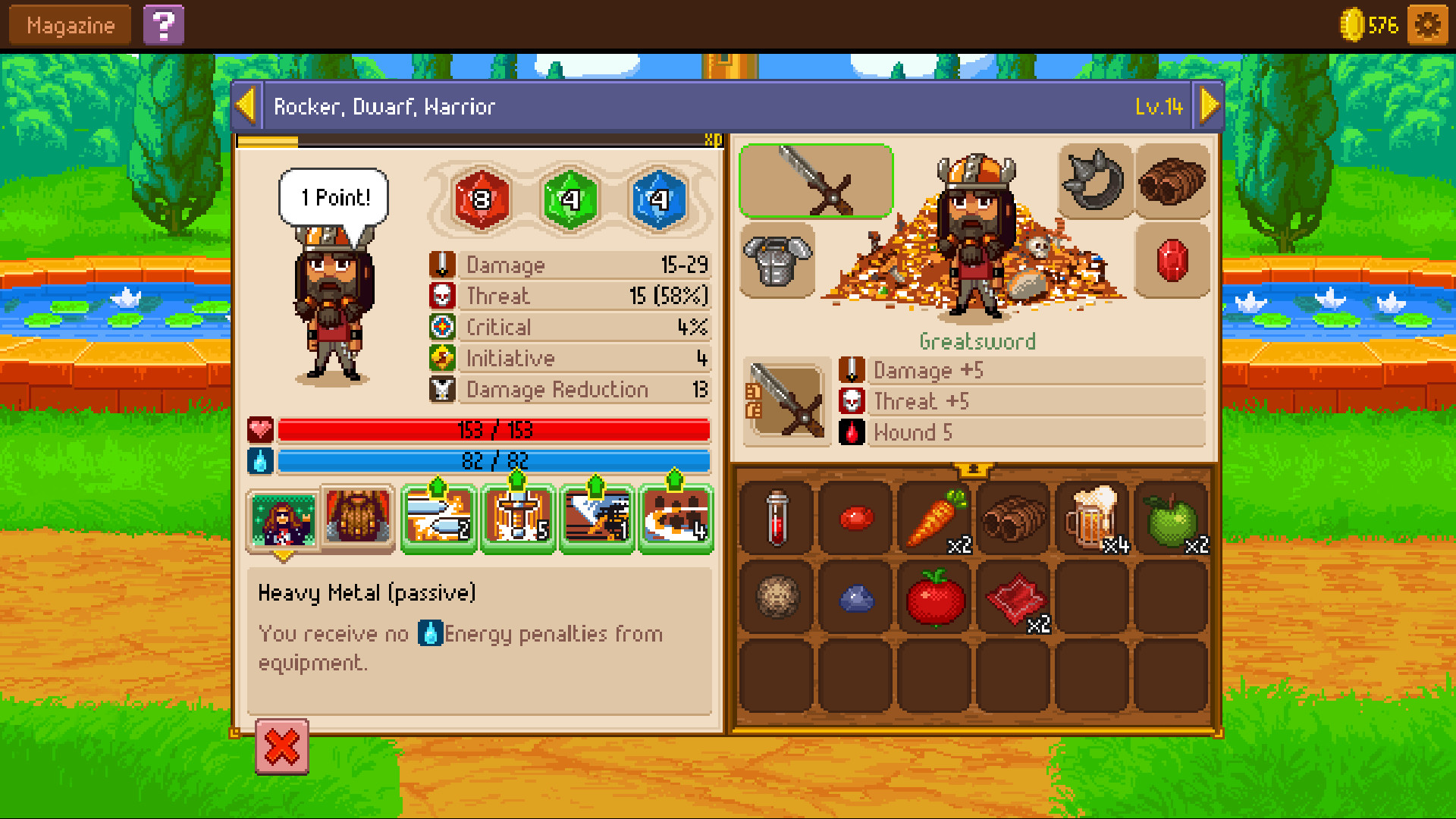 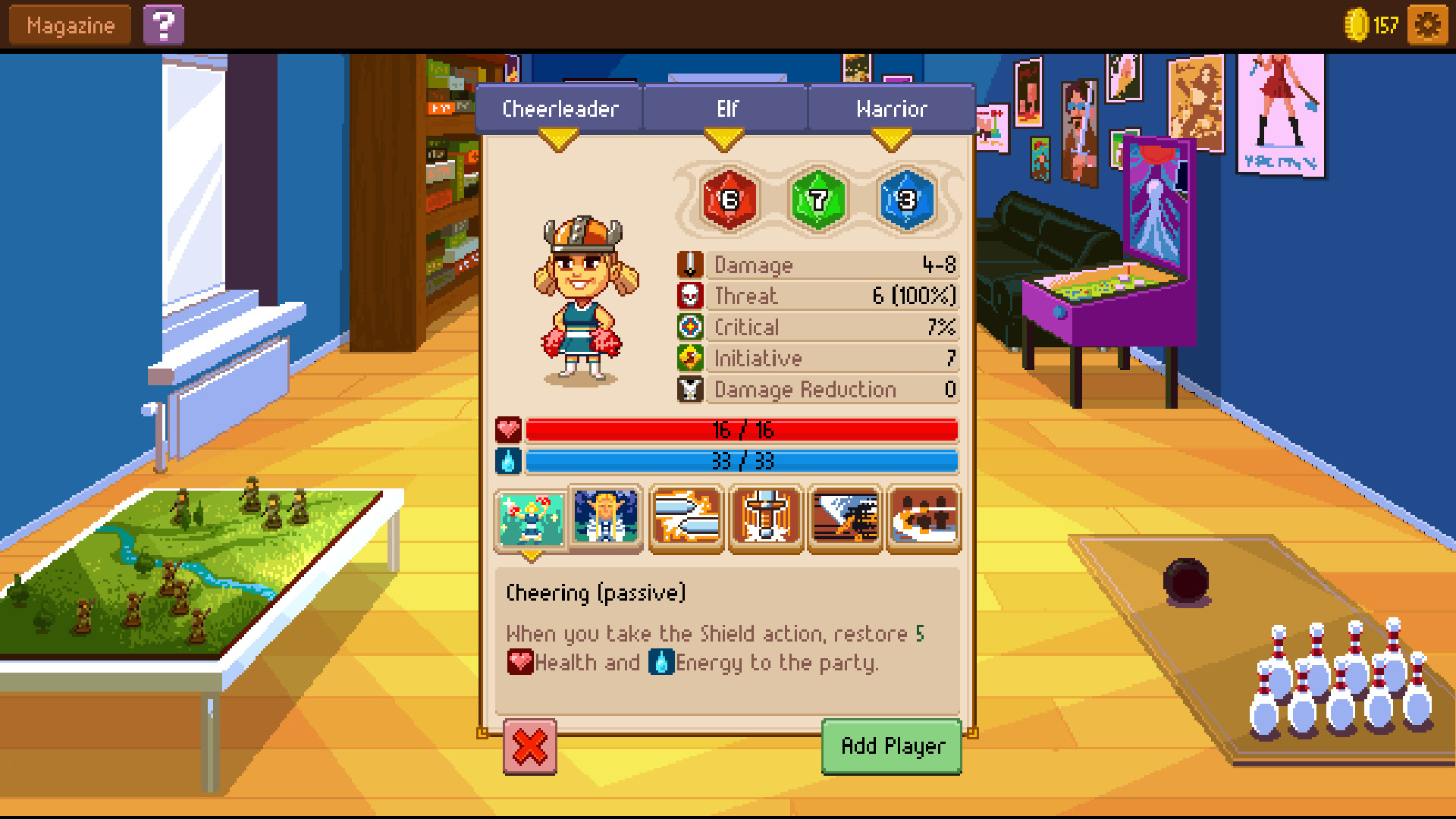 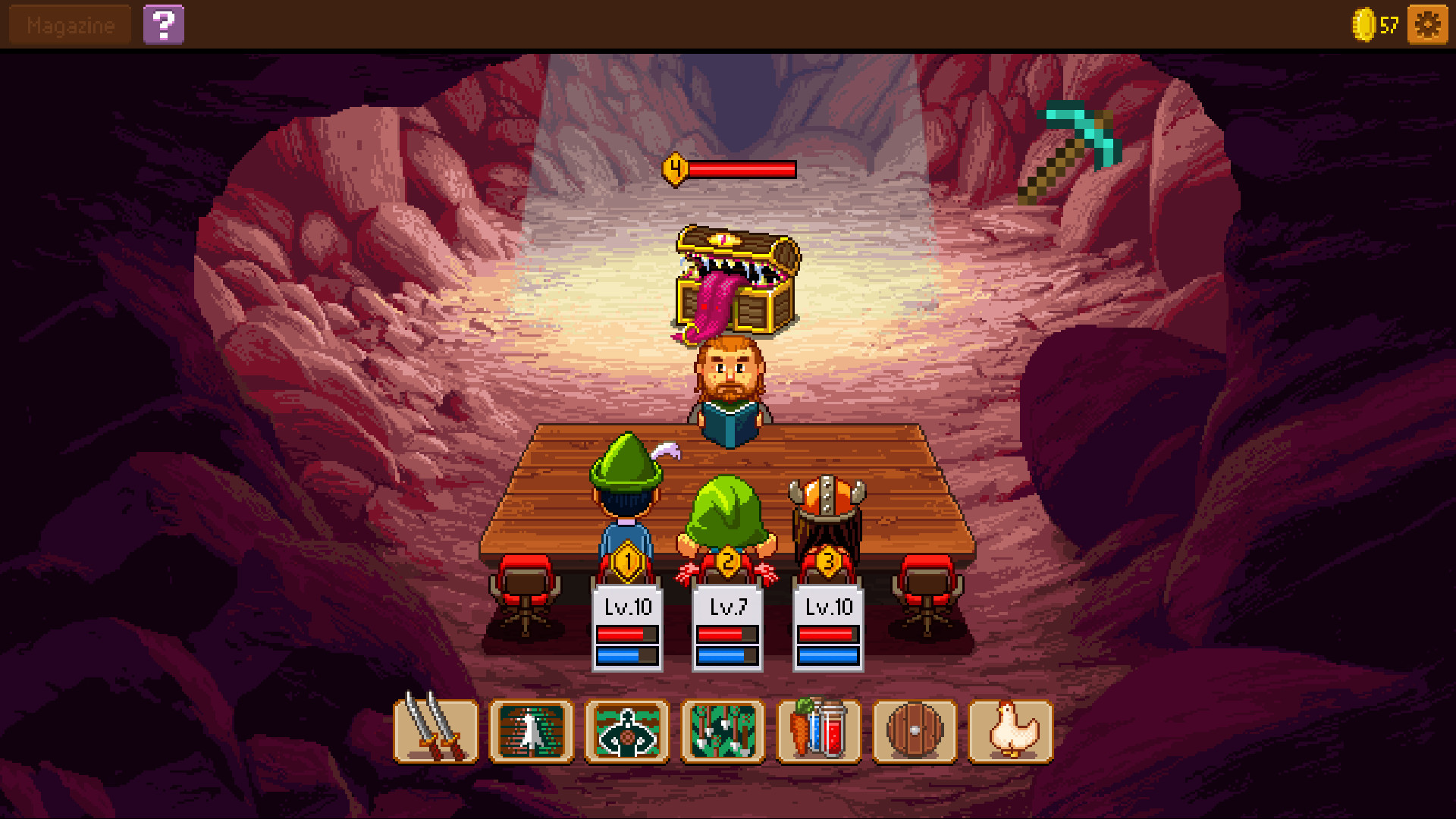 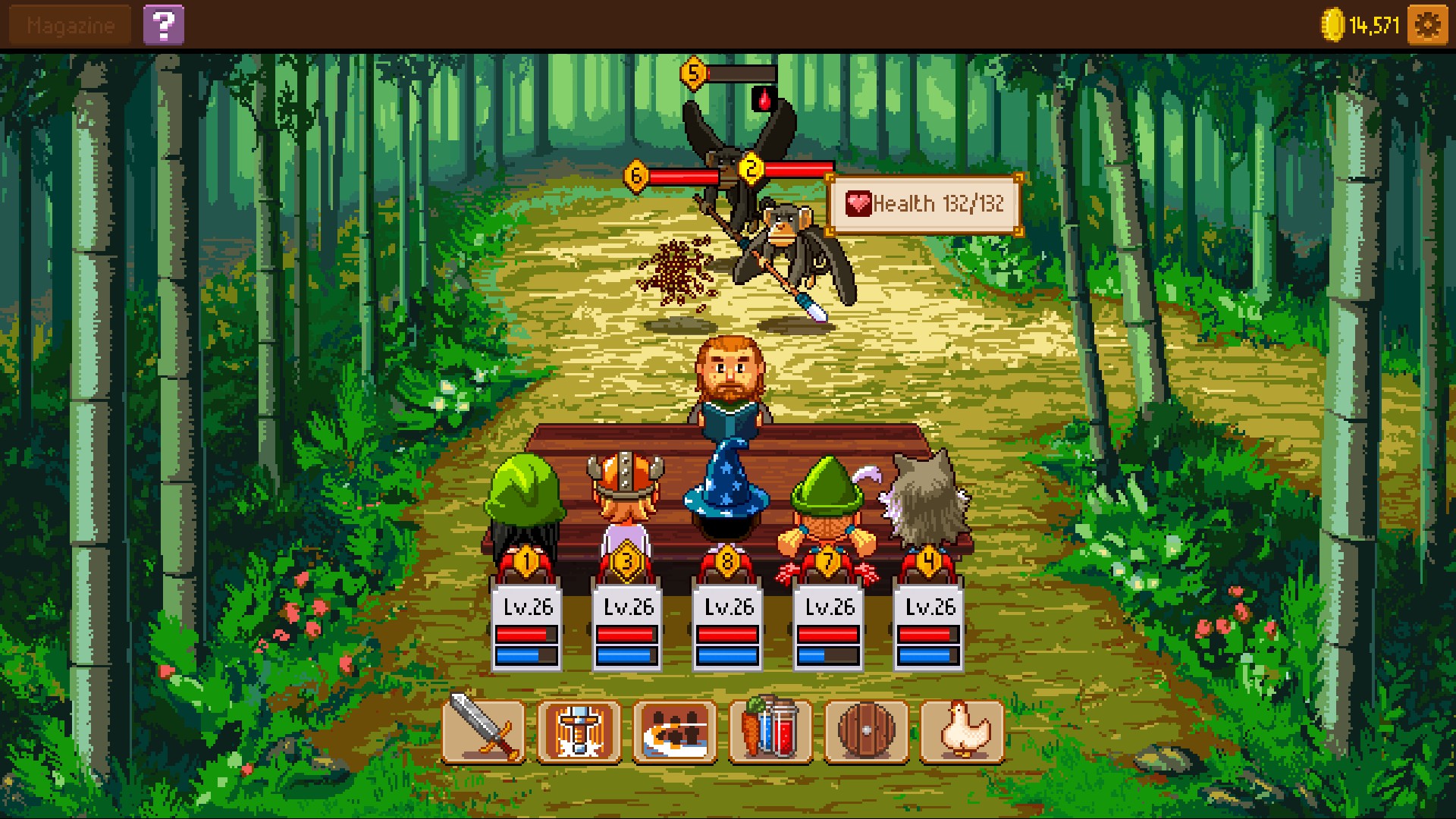 Prepare to join Knights of Pen & Paper 2 in a turn-based, retro style, pixel-art adventure full of danger, intrigue, and semi-appropriate cultural references!Assemble your party and control your group of pen and paper role-players as they are guided through their adventures by the Game Master. All the fun of pen and paper RP, none of the lost dice!Now including races like Dwarf or Elf, assemble the party of your choice, choose quests and combat encounters, delve into dungeons, craft powerful items, and complain loudly to the GM!Key Features
Play a group of pen and paper gamers playing a pen and paper role playing game
Punch a Panda! Explore your anger management issues in the FREE Fist Of +1 Fury expansion!
Create your own characters, how about a Rocker Dwarf Warrior or a Cheerleader Elf Monk
More contemporary geeky jokes than you can stuff in a CAVE! Gotta catch them all!
Lots of monsters, equipment, a crafting system, and things to customize.
There´s no paying your way to victory here! Start with all of the content, unlock it with the blood, sweat, and gold coins, of your party!
Customizable hot keys, Steam Controller and Gamepad support