Lead & Gold. The Quick and the Dead - To Steam. Scan from 1C 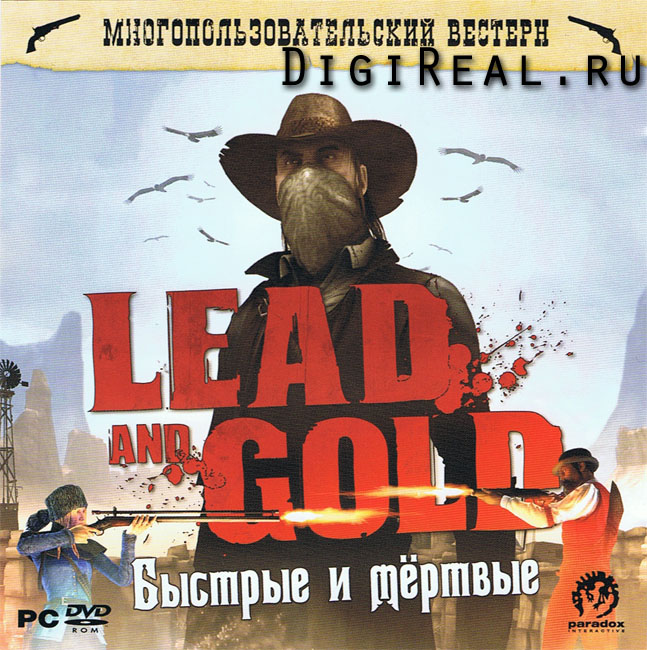 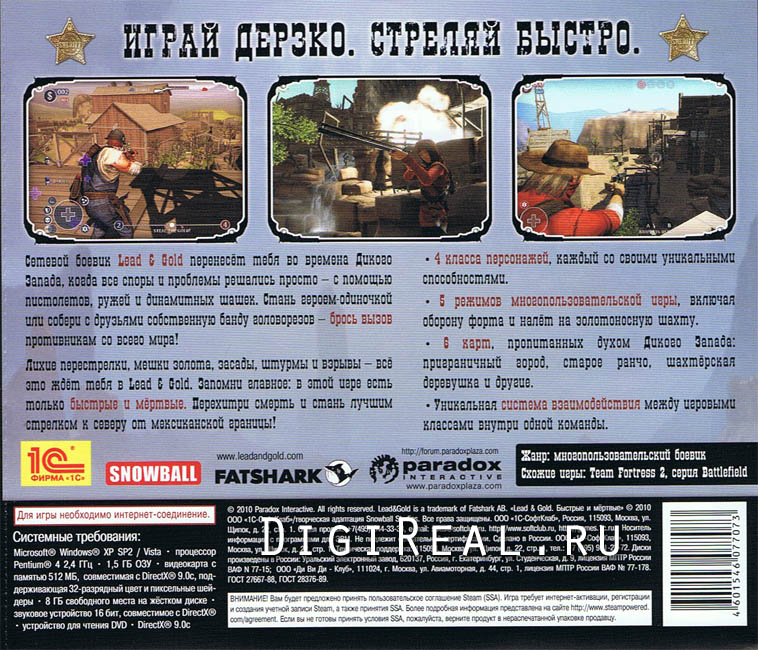 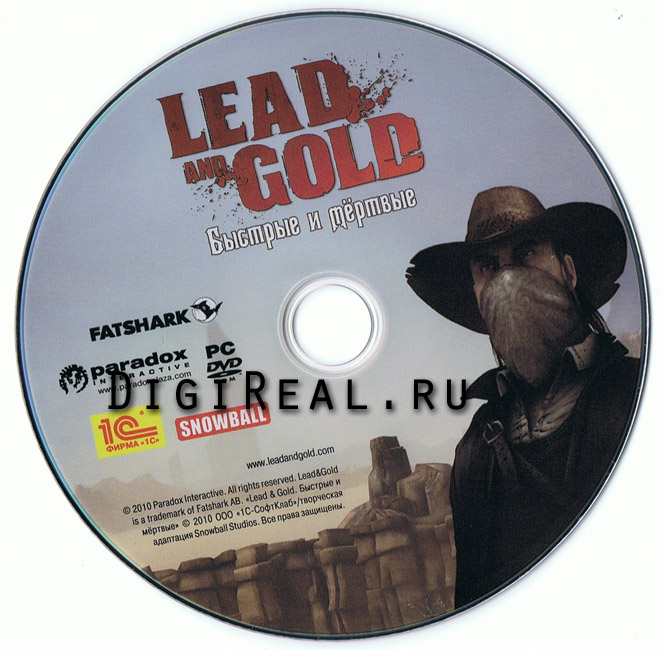 You buy a key, the official games Lead & Gold for STEAM as a scanned image of the box with the licensed game from "1C".

Team third-person shooter takes you to the Wild West, where all the disputes and problems can be solved simply and quickly - with the help of guns, rifles and dynamite, and the best reward for the risk - of course, gold.
Become a lone hero, but better - assemble a gang of thugs and challenge opponents from all over the world. Participate in frantic shooting in the saloons, organize clever ambush, storm the impregnable forts and remember: in Lead and Gold you either fast or dead. Outsmart conquer death and glory of the best shooter in the north of the Mexican border!

Features
• Dashing guys: four classes of characters - each with unique abilities and characteristics.
• Wildcats five multiplayer modes, including the defense of the fort and the raid on the gold-mine.
• Real Wild West: six authentic cards, including the border town, an old ranch and the village miners.
• Elusive robbers: the original system of interaction of game classes to create a cohesive and effective team.

NOTE: This is the official version of the company "1C" - it has a territorial restrictions (suitable only for Russia and CIS countries)! You can enable other regions (Region Free), but no guarantee for his work in regions other than the official, we do not give!
After activation serial key in the steam, the key becomes not valid, ie, re-use it is no longer possible, so be sure to remember all the details of your account!