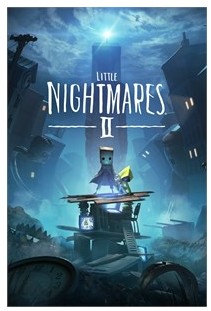 Uploaded: 19.02.2021
Content: Cod8.txt 0,51 kB
Loyalty discount! If the total amount of your purchases from the seller slonimus more than:
If you want to know your discount rate, please provide your email:

ABOUT THE GAME:
Return to a world of charming horror in Little Nightmares II, a suspense adventure game in which you play as Mono, a young boy trapped in a world that has been distorted by the humming transmission of a distant tower.

With Six, the girl in the yellow raincoat, as his guide, Mono sets out to discover the dark secrets of The Signal Tower. Their journey won´t be easy; Mono and Six will face a host of new threats from the terrible residents of this world.

Will you dare to face this collection of new, little nightmares?