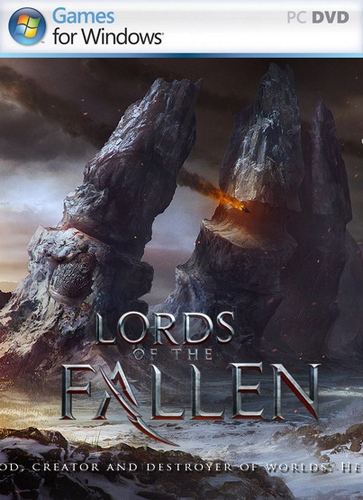 Uploaded: 26.07.2015
Content: Lords_Of_The_Fallen_83.txt 0,3 kB
Loyalty discount! If the total amount of your purchases from the seller GameCod more than:
If you want to know your discount rate, please provide your email:

Subscribe present case within 48 hours after writing a comment.
Attention Please !! Gambling Review - You warrant that you have read all the conditions for a gift, and if something is not clear - asked.

ATTENTION PLEASE! The key can not be activated in Origin.

Bonus:
- Monk´s Decipher Quest DLC. Immerse yourself in the history of the mysterious Kistonskogo monastery, said in an exclusive setting Monk´s Decipher Quest, and obtain a magical artifact - a compass that helps to find hidden things and secret rooms.
- Demonic Weapons DLC. Set of weapons, including a sword Ihir, is equally well suited for the attack, and to repel attacks, treacherous daggers Margyr, and the infamous hammer Thenk (translated from adalukskogo "thief") that with each stroke pulls magical energy.

Set Lionheart:
- The Courage Armor («Armor of Valor"). This armor skillfully forged blacksmith experienced and decorated snarling lion heads - symbols of true courage.
- The Scream («Scream"). Human hands were able to create a few weapons, which can be applied to the runes, thereby increasing its power. This menacing hammer - just such a weapon.
- The Lion´s Head («Lion´s Head"). This shield is designed for nanheymskoy guard, known for his bravery in battle. Warriors use it to form invincible system. The most powerful men may reflect "lion´s head" even deadly attacks rogarskih overlords.

- OST. You can get inspiration for the coming battle, listening to the majestic official soundtrack.

During the ancient god of the universe rules of pure evil that enslave humanity. As time went on, and fear in the hearts of people turned into a rage and fury caused the Great Rebellion, began the battle for freedom. After the glorious victory, which overthrew the throne of the Fallen God, people establish a new order ... more No sin is forgiven, and redemption was unattainable.
Now, after a millennium world froze in fear, for the demonic legion rogarsky returns from its dark dimension, driven by hunger and those who hunger vicious new innocent souls. In desperation turns to mankind absolutely unpromising defender - inveterate sinners, outcasts of society and the world - a man named Harkin. Now, along with his mentor Castle they must get to the source of darkness to fight the Lord of the Fallen.
Immerse yourself in the fast-moving rich role-playing game with a well thought-out combat system, where weapons, armor, and skills directly affect the speed and attack the enemy, and where in the case of the latter argument can crush your enemies, using the forbidden magic power.