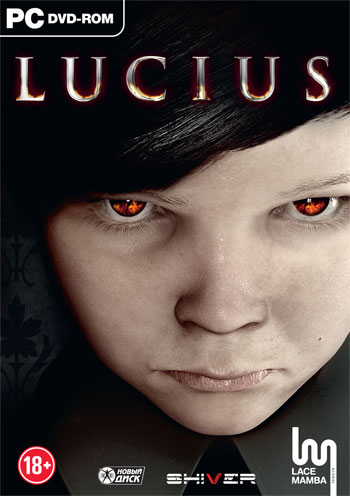 Uploaded: 10.04.2015
Content: text 55 symbols
Loyalty discount! If the total amount of your purchases from the seller GameMarket more than:
If you want to know your discount rate, please provide your email:

The luxurious mansion prepares to celebrate the sixth birthday of Lucius - heir, and all the firstborn of the most wonderful baby in the world. That´s just the boy began to pester nightmares in which Lucifer opened his terrible secret that could put on the ears of the Vatican City. Lucius was the son of the devil, a harbinger of pain and suffering, ready to fall upon humanity mired in sin. But to assert its dominance in the world, one little pedigree - needed finance. So, it is time to destroy all who stand between the child and a huge inheritance ...


This dark and cruel game takes you into a huge house, whose inhabitants become victims of diabolical plans. Young Lucius did not stop at nothing to get hold of the state of his human family. Together with him you have to develop a cunning plan to use telekinesis and mind control, mask sinister murder under any accidents - and avoid general suspicion!


The game was released in Russian with the original English voiced. The disc went on sale at Jewel-box and a deluxe edition, which includes a set of user manual and a unique double-sided poster.

1. When purchasing be sure to include your email address in a specially designated place

2. Be positive feedback (indicate email is not recommended, since it is possible to receive even more spam)

3. Within 48 hours you will receive to your email a photo gift (guest key for Diablo 3 or Starcraft 2)

WARNING: This key is used to activate on Steam and has no territorial limits.