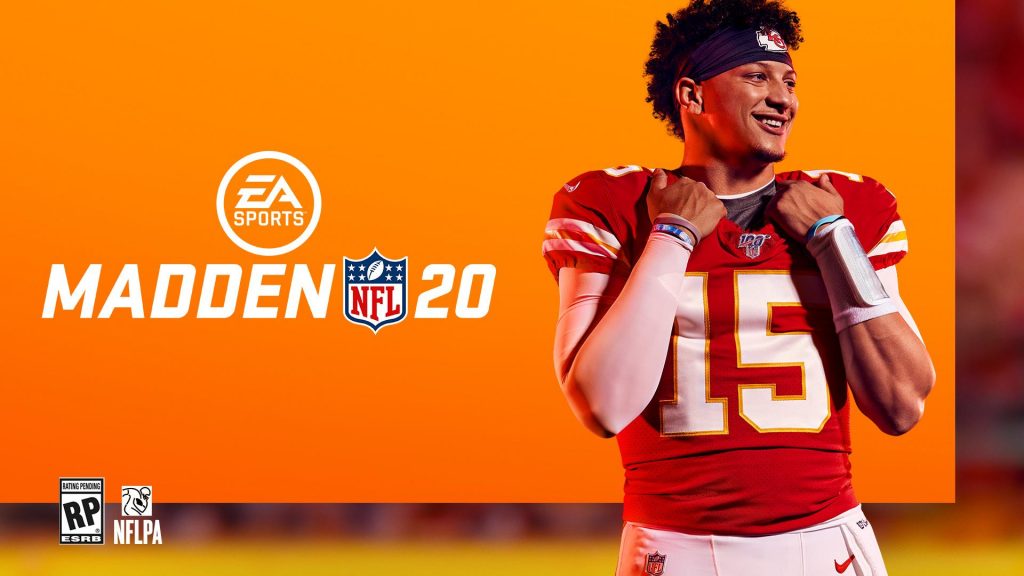 Sold: 0
Uploaded: 30.11.2019
Content: text 24 symbols
Loyalty discount! If the total amount of your purchases from the seller Хороший выбор! more than:
If you want to know your discount rate, please provide your email:

Become the face of the NFL Club, where every decision counts towards the glory of the NFL star, in FACE OF THE FRANCHISE: QB1.

Face of the Franchise: QB1 - become the face of the NFL club: every decision you make is important on the way to the glory of the NFL star. Create your own college quarterback to play in the playoffs of the National College Football Championship and NFL. Try your hand at the NFL draft and become the face of the club in a new personalized career mode, where events unfold around you. Once you are accepted into the team, the new Madden Scenario engine will create for you personalized game scenarios, events and dynamic tests. They will build your unique NFL career.
Franchise - build your career and leave the legacy of an NFL player, coach or club owner with a system of single and multi-player leagues connected over the network. Up to 32 teams can compete among themselves in completing the task of the Super Bowl dynasty. Receive annual season and Proboul rewards.
Ultimate Team - compete in the mode of creating a dream team from your favorite players of the present and past. Play, earn rewards and improve your team year-round by participating in daily challenging and exciting challenges with NFL online content.
Exhibition - compete in the "One on One" mode online and offline (single and multi-player game) or in a single mode offline against the computer. Customize your game settings, including quarter time, rules, stadiums and uniforms.

Superstar Magnetism - Feel the emotions, personality and power of superstars with Superstar Magnetism, a completely new skill development system that adds special skills to the game with the coolest modern NFL superstars after completing certain tasks. In Madden NFL 20 you will find real stars with a lively character and real movement. With new ways to customize your skills, you can fully control the development of players.
Unique game schemes - game schemes for different teams have become even more unique, providing a variety of strategic planning and tactical decisions.
Parameters of running and passing the ball - now in games you can set the parameters of running and passing the ball, which makes the system of assigning the game scheme even more realistic.
Field Coach - Improve your Madden skills with this consistent, modernized training system that introduces new game mechanics as you progress.
New false swing mechanics - make a false swing towards the selected receiver and mislead the defenders with the new double-tap throw cancellation mechanics.
NFL Probele - Compete in the annual Probele in Face of the Franchise: QB1 and in Franchise mode with all the stars of the American Football Conference and National Football Conference.
The purpose of the game scheme for superstars - the purpose of the game scheme is based on the characteristics of your team´s superstars so that they can quickly be where they are needed most.
New Celebrations - Over 20 new touchdown and first down celebrations have been added to make the best games look even cooler.