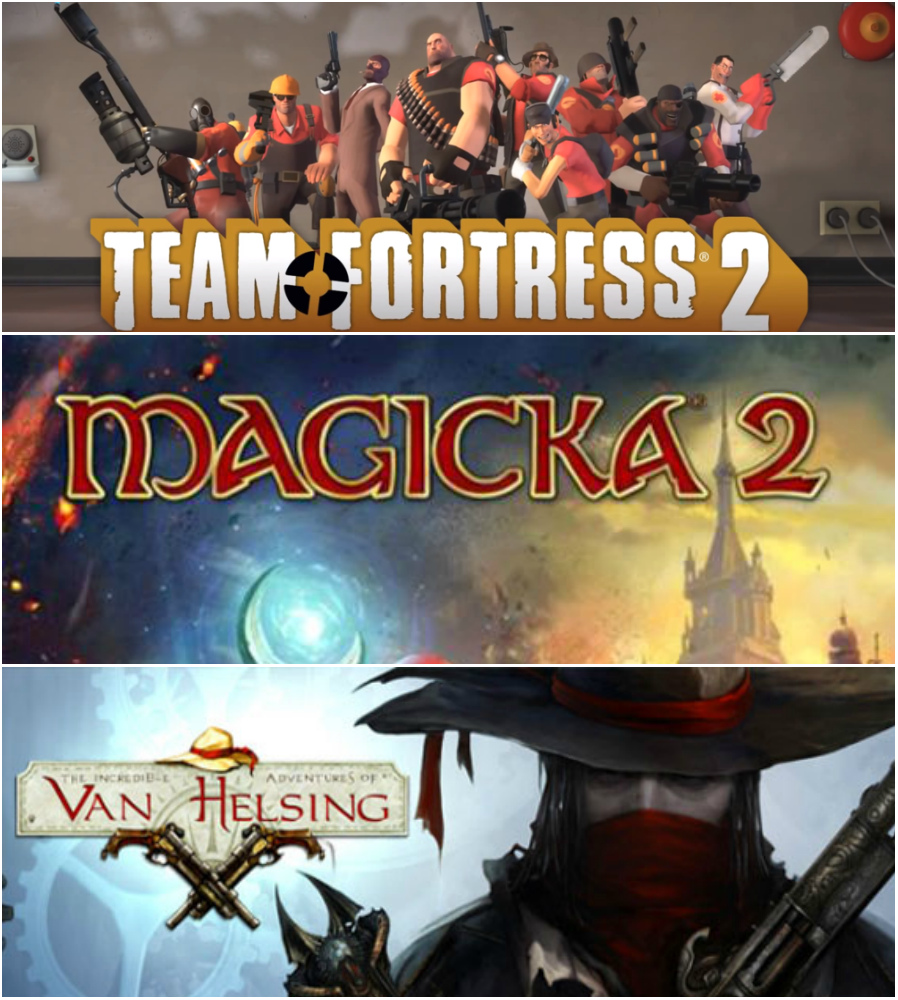 Sold: 0
Uploaded: 07.11.2015
Content: text 115 symbols
Loyalty discount! If the total amount of your purchases from the seller Buy-n-Play more than:
If you want to know your discount rate, please provide your email:

IMMEDIATELY AFTER PAYMENT YOU WILL GET THREE KEY GAMES: MAGICKA 2 + VAN HELSING.NEW STORY + TEAM FORTRESS 2.WE GIVE 100% GUARANTEE FOR THE PRODUCTS WE SELL!
* The key You get in the personal Cabinet http://www.oplata.info .Also the link to the page with the key will be sent to your email specified when buying

EACH BUYER LEAVING POSITIVE FEEDBACK is GUARANTEED to receive 2 GIFT GAME with the activation on STEAM
* distribution of the BONUS shall be made within 48 HOURS after writing the review.
The bonus will be sent to You in the MAIL which You specified during the checkout process (review the mail should not be entered)
● ● ●


➜ MAGICKA 2
It´s time to take the spellbook!
Remember the old adventure in the events of the first part of Magicka and re-test your magical powers in a cooperative, after making the solid decision to buy Magicka 2 and challenge the forces of evil once again! You have to see the ruins of Aldhelm in Midgard and be free of wizards after the events of "War of Wizards", which was a lot of blood spilt and eaten a lot of cheese. However, the world is still in danger, and despite the fact that behind your back there is no more glorious house, you will have to grab your sword and staff, remembering all Grand spells that are called "magic numbers". It is the "magick" has left many wizards homeless by burning their house, it was the "magic numbers" often overcook the sausage, but it is the "magic number" was left from the enemy only a pile of ash!


➜ VAN HELSING.NEW STORY
The game is "van Helsing. New story" takes place in a dark Gothic world, reminding Europe of the XIX century, but with monsters, magic and fancy technology. In this dark tale, full of black humor and lively dialogues, you play the role of son of the famous hunter van Helsing - outstanding character endowed with mystery and dark charm. Your path will lie in the sinister lands of Borgovini, where former enemies mystical hero called upon him to help together to overcome the new threat hanging over the city in Western Europe

➜ TEAM FORTRESS 2
Team Fortress 2 is a shooter that continues the tradition of Team Fortress Classic. This game is an example of a tactical action. If you love team games, Team Fortress 2 is what you need.
You choose the faction for which you fight. It is either RED (Reliable Excavation & Demolition is a Reliable Excavations and demolitions), or BLU (Builders League United League United Builders). Two companies, the eternal enemies of each other.
Every faction has a squad of mercenaries. Presents several classes from which you can choose from: medic, pyro, bomber, spy, etc

● ● ●
This product is intended for distribution in territory of Russia and CIS countries (Except the Baltic States). We are not responsible for the use of the goods outside the CIS.