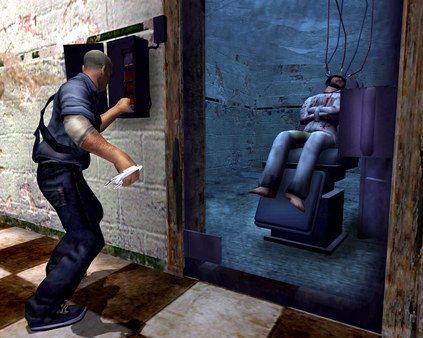 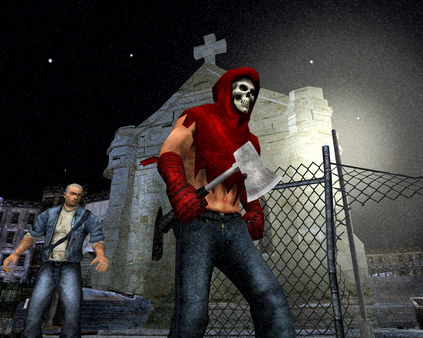 Uploaded: 19.01.2021
Content: text 19 symbols
Loyalty discount! If the total amount of your purchases from the seller SOFT-KLUB more than:
If you want to know your discount rate, please provide your email:

After payment, you will receive a unique key to activate the game on Steam.

Game description:
The game is a stealth horror with elements of the third-person action. The player needs to move around in different locations, performing the tasks assigned to him, which usually boils down to the fact that the player needs to get somewhere, kill someone, or get something, for further plotting. At the player´s levels, opponents are waiting, who are called "hunters". They simply patrol certain areas of the game locations, walking along a certain route or standing still. Noticing the protagonist of the game, they run after him. Hunters are armed with various weapons: from simple bits and piercing-cutting to firearms. The opponents have four types of state, which are determined by the color of the marker above their heads: a simple (yellow pointer), alarmed (orange pointer), dangerous (red) and a lullish state (white). In a simple state, the hunter does not suspect anything. In an alarmed state, the hunter starts searching: he goes around the territory, peers into the darkness. In a dangerous state, the hunter already knows about the location of the protagonist and pursues him, while the player can not just hide in the darkness: first you need to leave the pursuit, so that the state changes to "alarmed", then the hunter will lose Cache from view. In the euthanized state, the hunter turns out to be shot in a dart with a tranquilizer. If a hunter gets one dart, he freezes and stops noticing anything around. However, if you hit him from the front, he immediately wakes up and goes into a dangerous state. If a hunter gets two darts in a row, he falls to the ground. In this state, he dies from one blow with a weapon.

To combat enemies in the game provides an opportunity to hide. The player can hide in the shadow, and his icon will change accordingly. Also, the player can make various sounds to attract the attention of the hunter and then kill him. In addition, you can make sounds yourself: quickly run around, recharge weapons or throw / kick various items. This again attracts the attention of the enemy. The noise level is shown on the radar as a kind of waves. The more noise, the farther the waves will travel on the radar. If the noise waves "reach" to the enemy´s pointer, then he heard the player and moved in his direction. You can also attract a hunter if he sees the corpse of a friend.

Additional Information
1. You must download and install Steam http://steampowered.com/download/SteamInstall.msi
2. Log in to your account or register a new one.
3. Go to the "My Games" section and select "Activate via Steam ..." and enter the key received after payment.
4. After activation, the game will appear in the list of games (Library) and you can download it