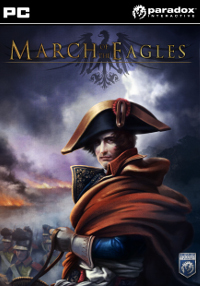 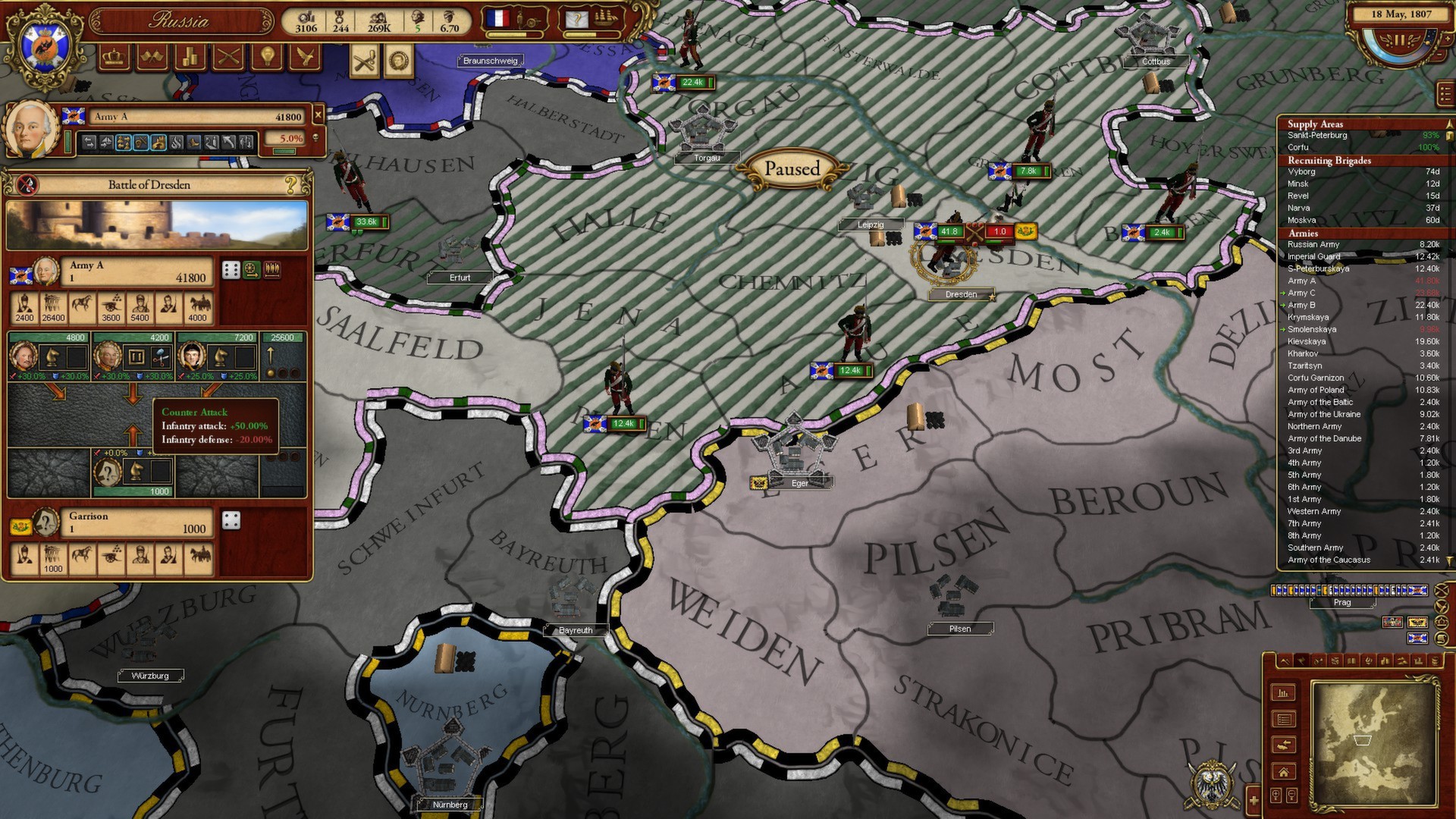 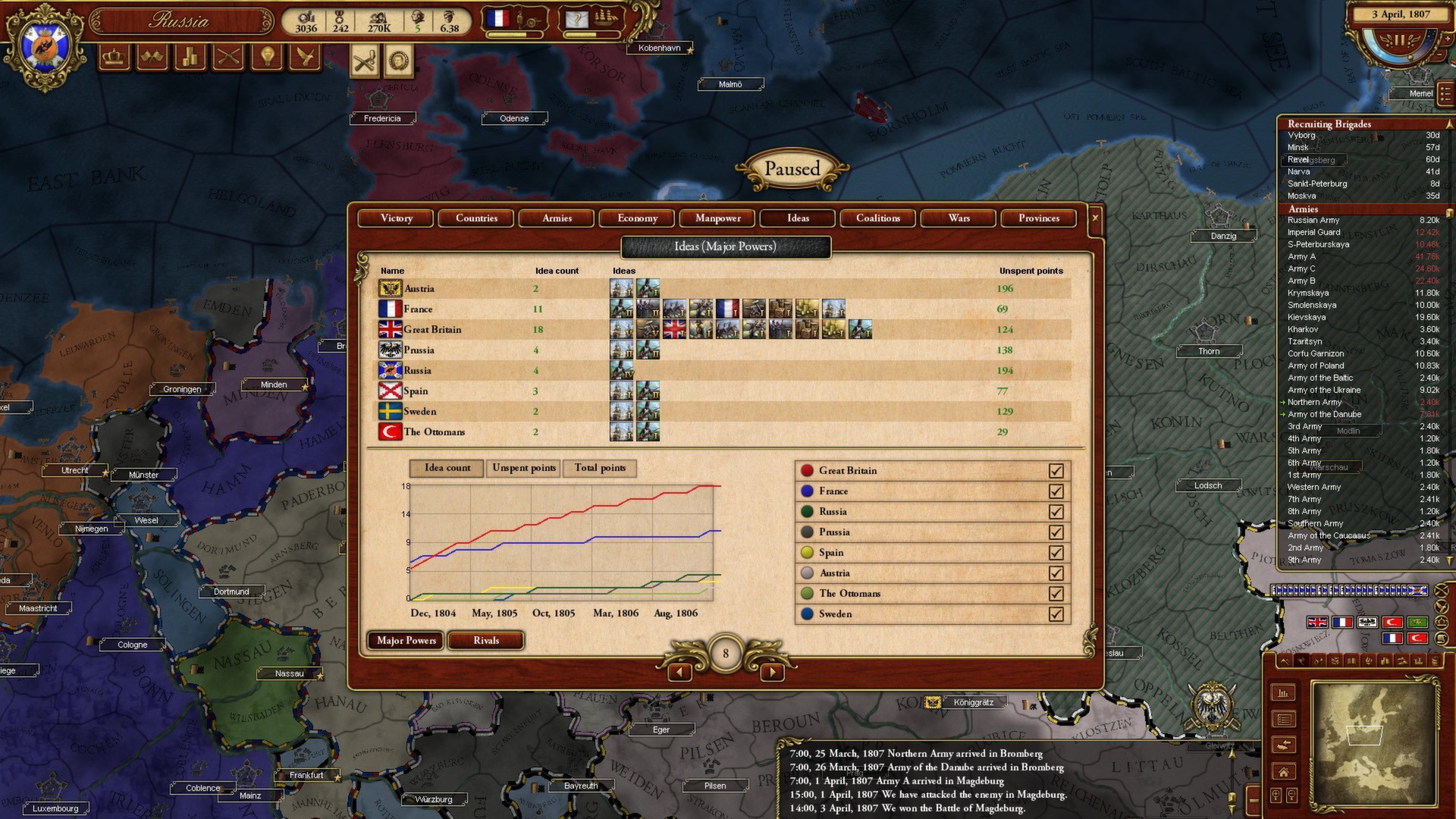 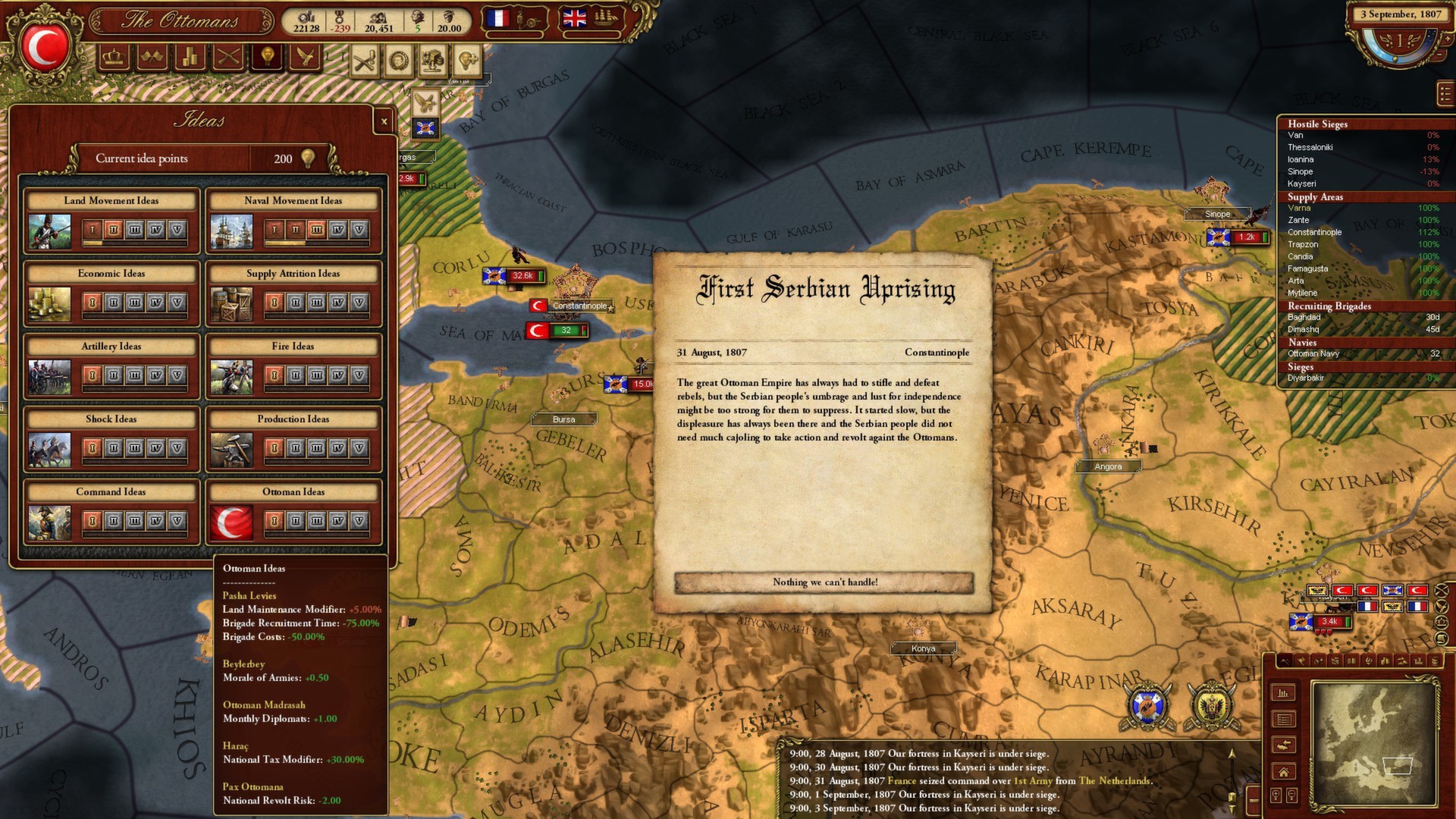 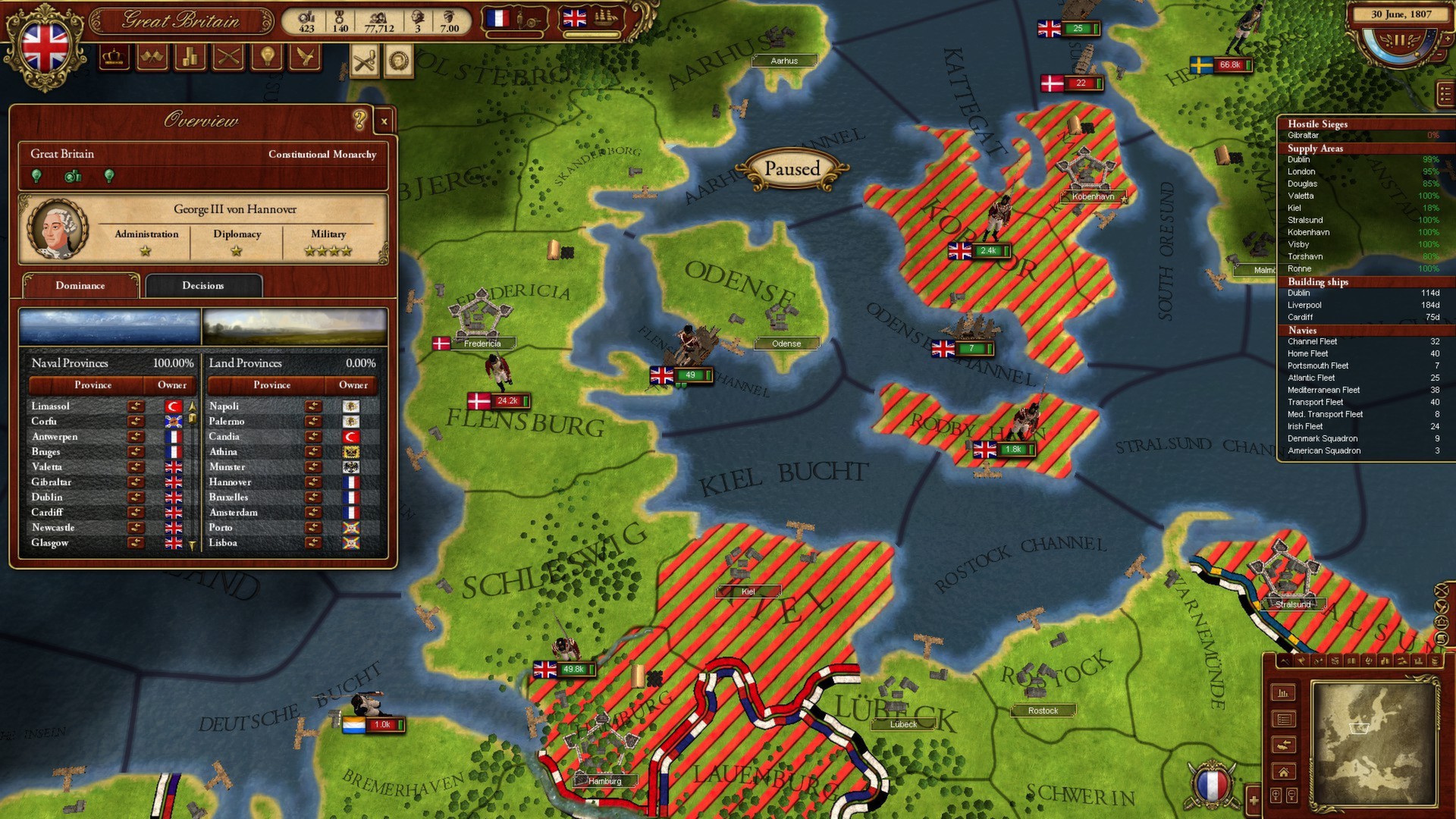 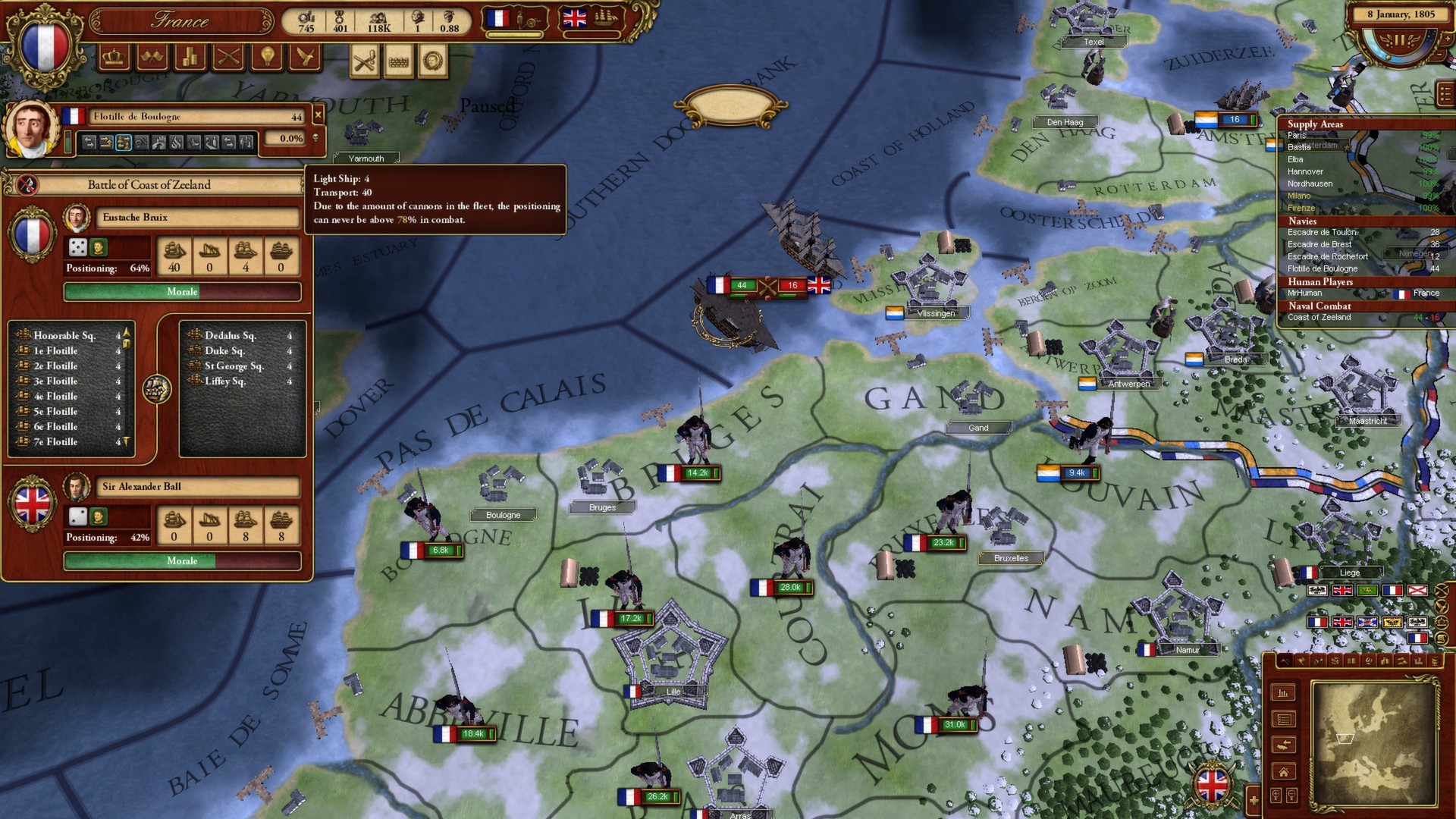 March of the Eagle Wargame focuses on the dramatic events that took place in Europe from 1805 to 1820. With the help of this magnificent strategy, created by recognized masters of the genre studio “Paradox Development Studio”, you can explore one of the defining moments in European history - the period of the Napoleonic Wars. Features of the game: Take command. Start your rise to power in the era of the Napoleonic wars and seize control of Europe.

Lead the nation: Attack and defend when tensions in Europe begin to grow. Build your empire and save it from collapse.
Europe at your feet. Explore a fully three-dimensional, historically accurate topographic map of Europe at the beginning of the XIX century.
Command the troops. Use the system of combat orders and manage your regiments to achieve more power.
Real fighting: give orders to the troops, manage military logistics, attack enemy supply lines, produce units and determine strategy for the army and navy.
Use diplomacy and create coalitions against powerful forces.
The system of "new ideas" will allow you to manage the development of your nation. New technologies, military doctrines and economic theories will allow you to change your state.
Become the main force in Europe. Victory System (Victory System) will allow you to become a key force on land and at sea and, sooner or later, to subjugate the whole of Europe.
Multiplayer game. Fight your friends in online battles. The game supports the participation of up to 32 players.
Change your game. March of the Eagles gives you a chance to change and modify every detail to create your unique wargame.

Related to item "March of the Eagles (Steam key) @ RU":

Art DOMINATION or how to become the most important