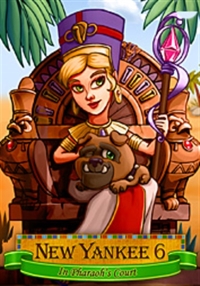 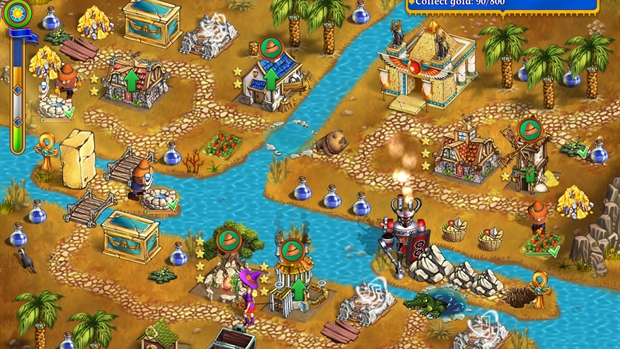 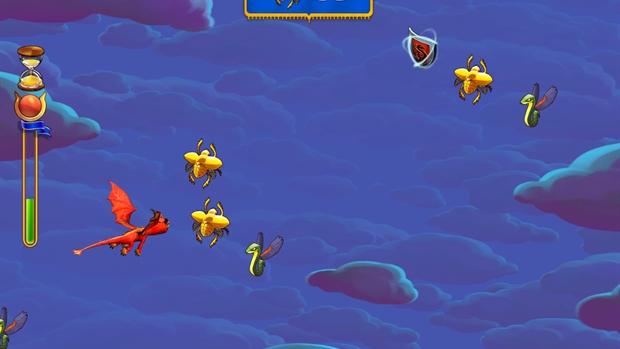 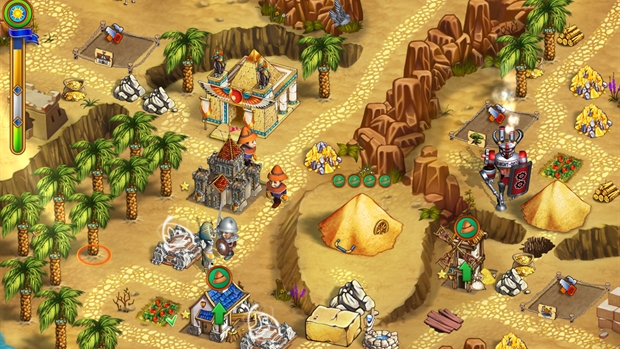 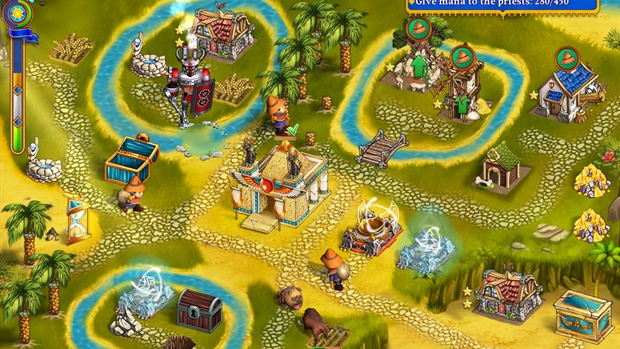 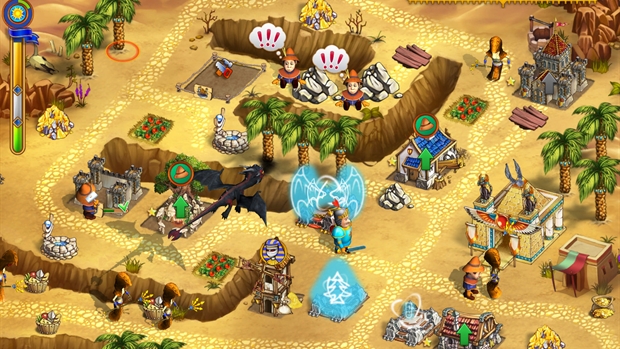 What could go wrong if you plan to spend a couple of weeks vacation in Egypt? John and Mary didn’t go that way! At first they missed the plane, then decided to fly to the country of pyramids on dragons, and as a result ended up, of course, in Egypt, but in such a deep past that even the Sphinx was not built there. Moreover, the pharaoh was strayed to them, whose throne was seized by the impostor. And now the sweet couple has not only to find the way home, but also to punish the villains and restore peace and prosperity on the banks of the Nile. To do this, Mary conjures, John fights, workers build and dismantle obstacles.

The sixth part of the strategy about the adventures of the spouses Mary and John turned out to be marvelously good: brighter and more sunny, with new levels and secondary characters, and, of course, humorous dialogues. The gameplay also has changes. New obstacles were added: sacred hungry crocodiles and yawning awakened mummies who dream of getting to the nearest building and getting enough sleep there. The former must be fed, and the latter expelled with the help of the guards. In addition, it is now possible to use dragons and gremlins in full. Dragons can stop such cataclysms as drought and storm, and gremlins with their golden armor famously crush hefty stone blocks and chests into small fragments.