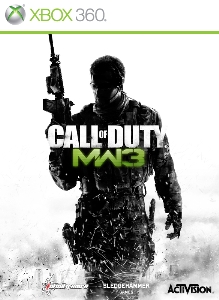 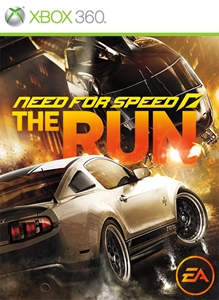 Uploaded: 08.10.2020
Content: text 662 symbols
Loyalty discount! If the total amount of your purchases from the seller AN Sale Games more than:
If you want to know your discount rate, please provide your email:

A set of two games Need for Speed ​​the RUN, Call of Duty Modern Warfare 3 for Xbox 360.

"Need For Speed ​​the RUN"
Underground racing with crazy bets. The only way to save lives is to be the first to arrive from San Francisco in New York. No speed limits. No rules. No allies. All that you have is your driving skills and a clear understanding that you are confronted by hundreds of the world´s best riders on the most dangerous tracks in the country. In Need for Speed ​​The Run, you’ll have to glide through the maze of urban centers, rush avalanche through ice gorges and tack in narrow canyons at breakneck speeds, all the while avoiding collision with riveted police, ready - and thirsty - to stop you at any cost.

"Call of Duty Modern Warfare 3"
Modern Warfare® is with us again. The famous first-person action series, which has become a world bestseller, returns with an epic sequel to Call of Duty®: Modern Warfare 2, which has won numerous awards Game of the Year. Are you ready to do what is necessary at the darkest hour of this world? Get ready for an incredible cinematic spectacle, which only Call of Duty is capable of. A completely new experience awaits you online - the multiplayer game has become bigger and better, including through new maps, modes and features. Joint game includes a completely new special operations and leaderboards, as well as Survival Mode - a battle filled with nothing comparable action.