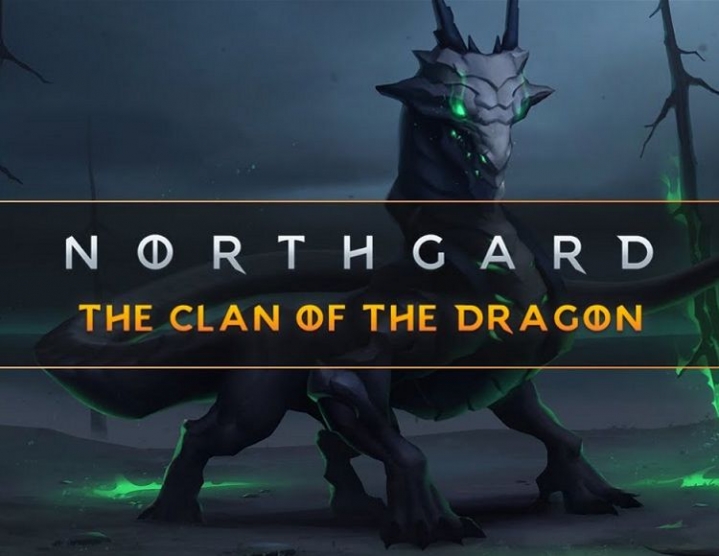 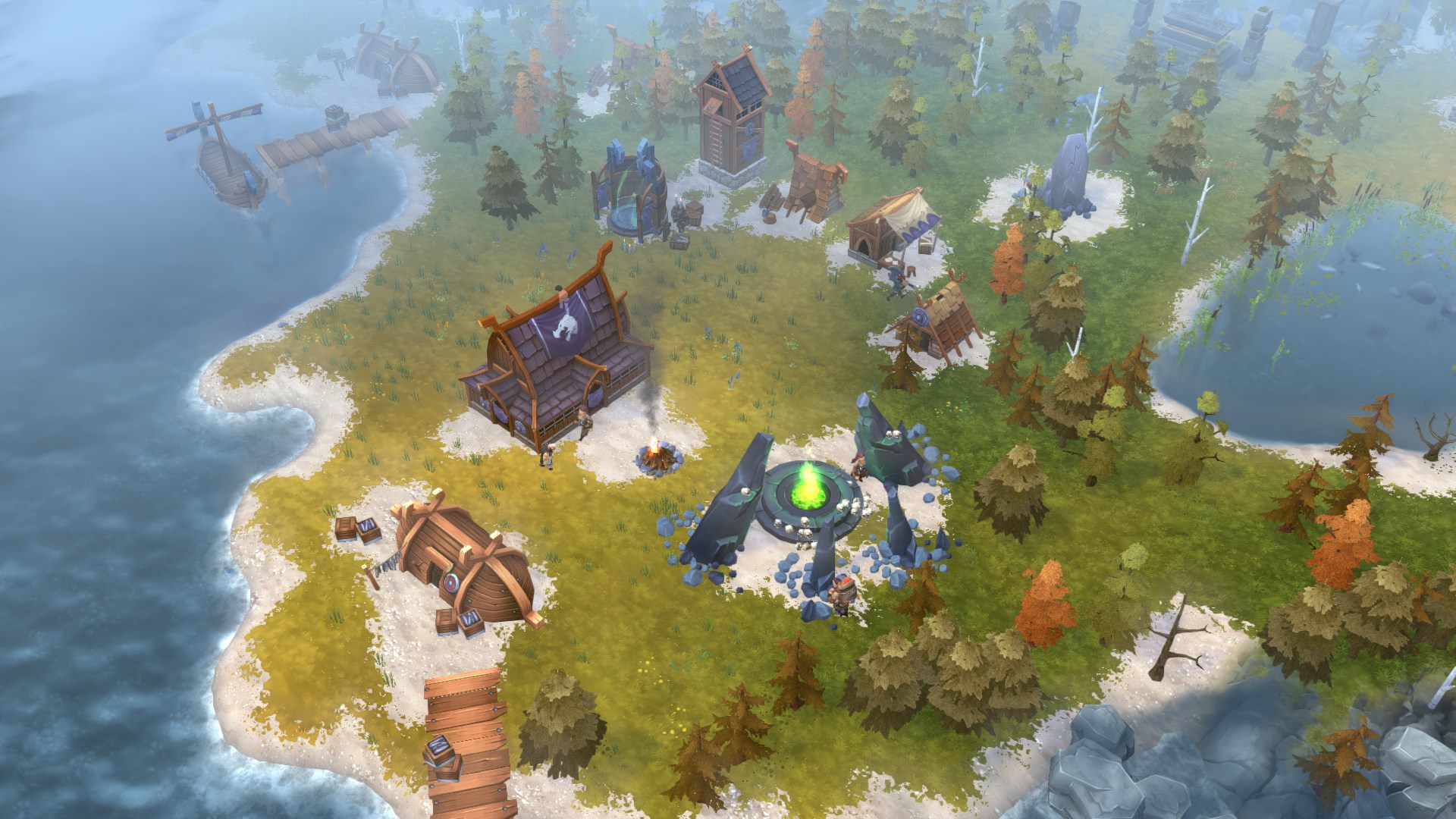 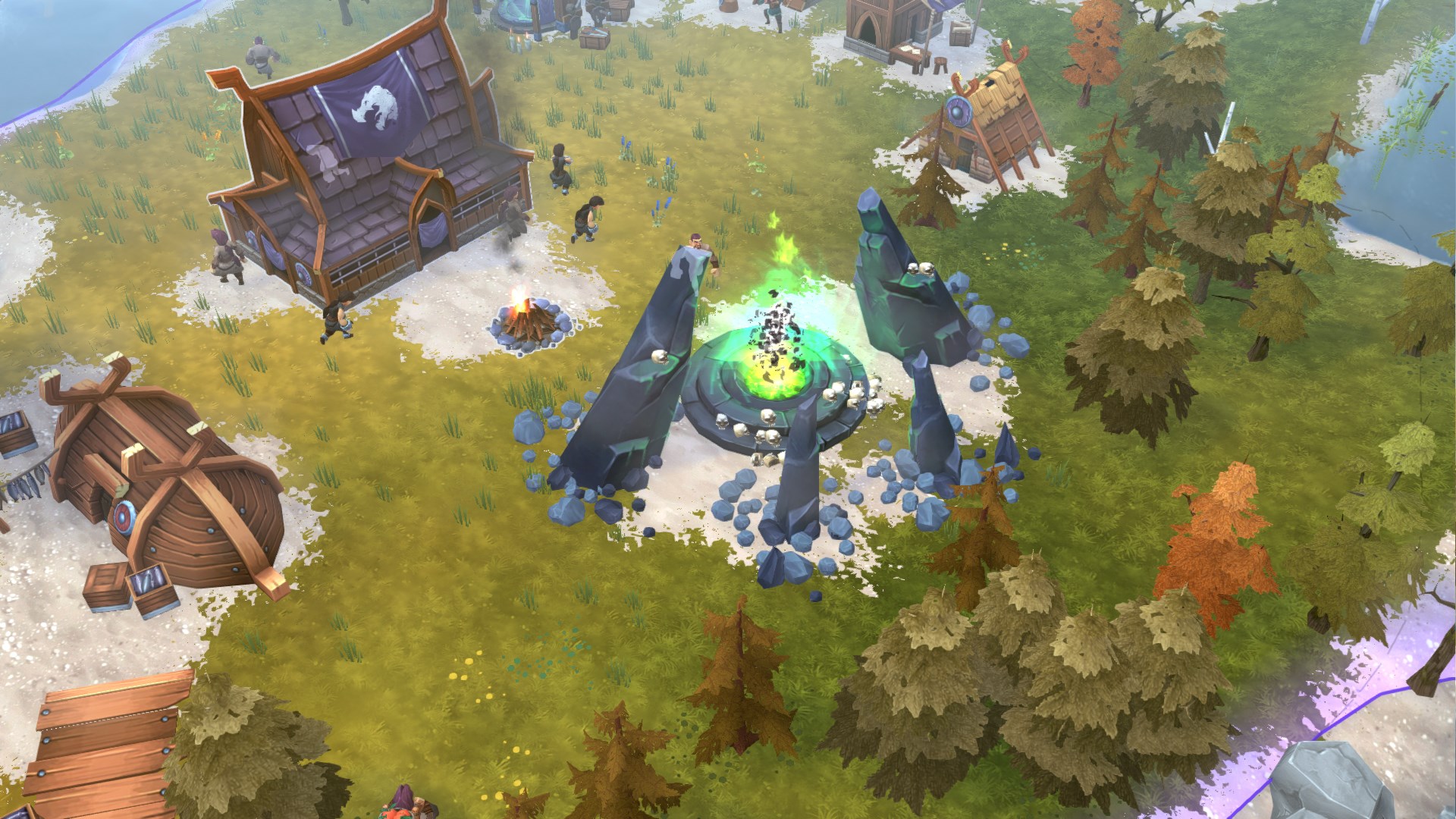 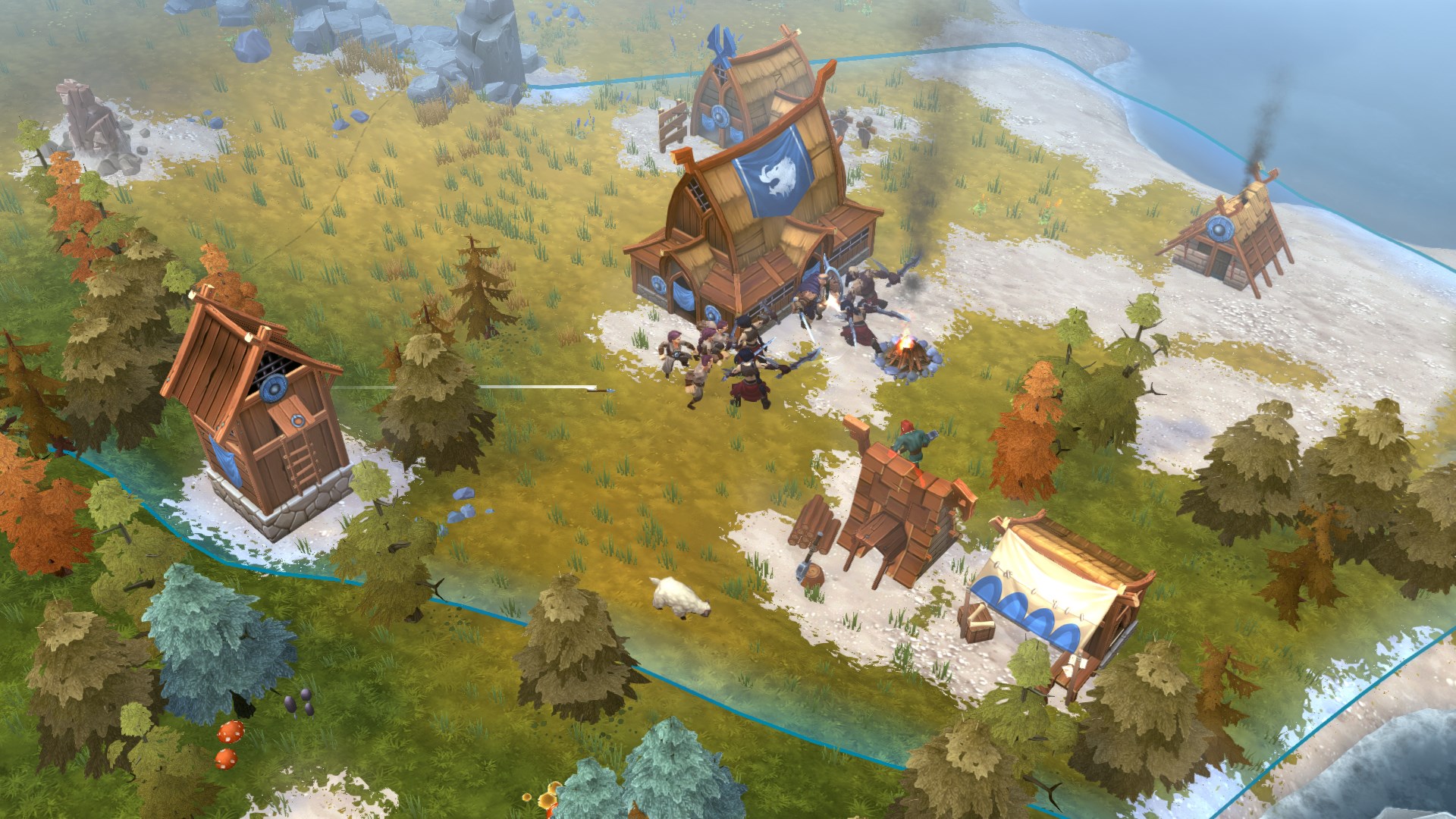 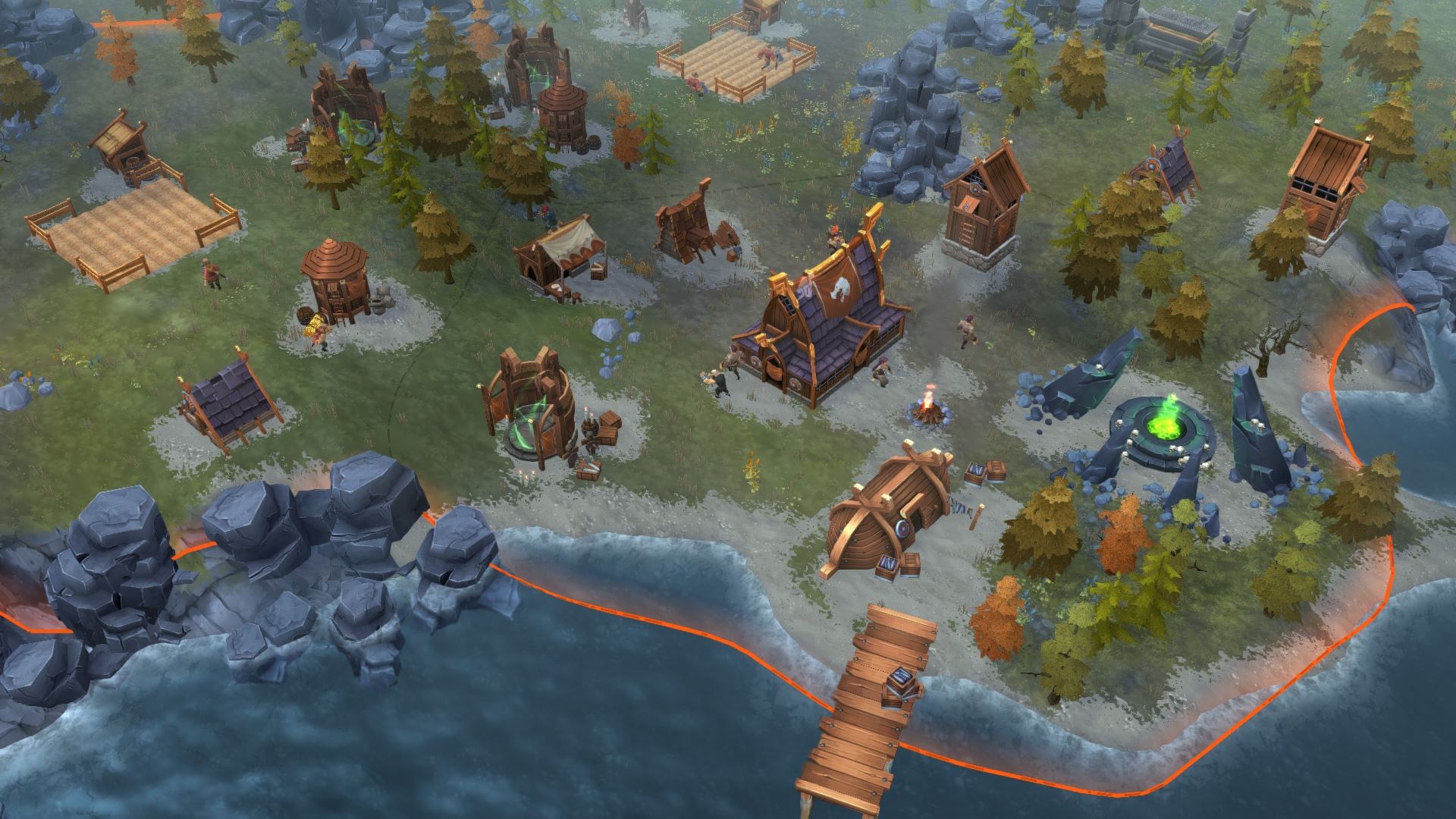 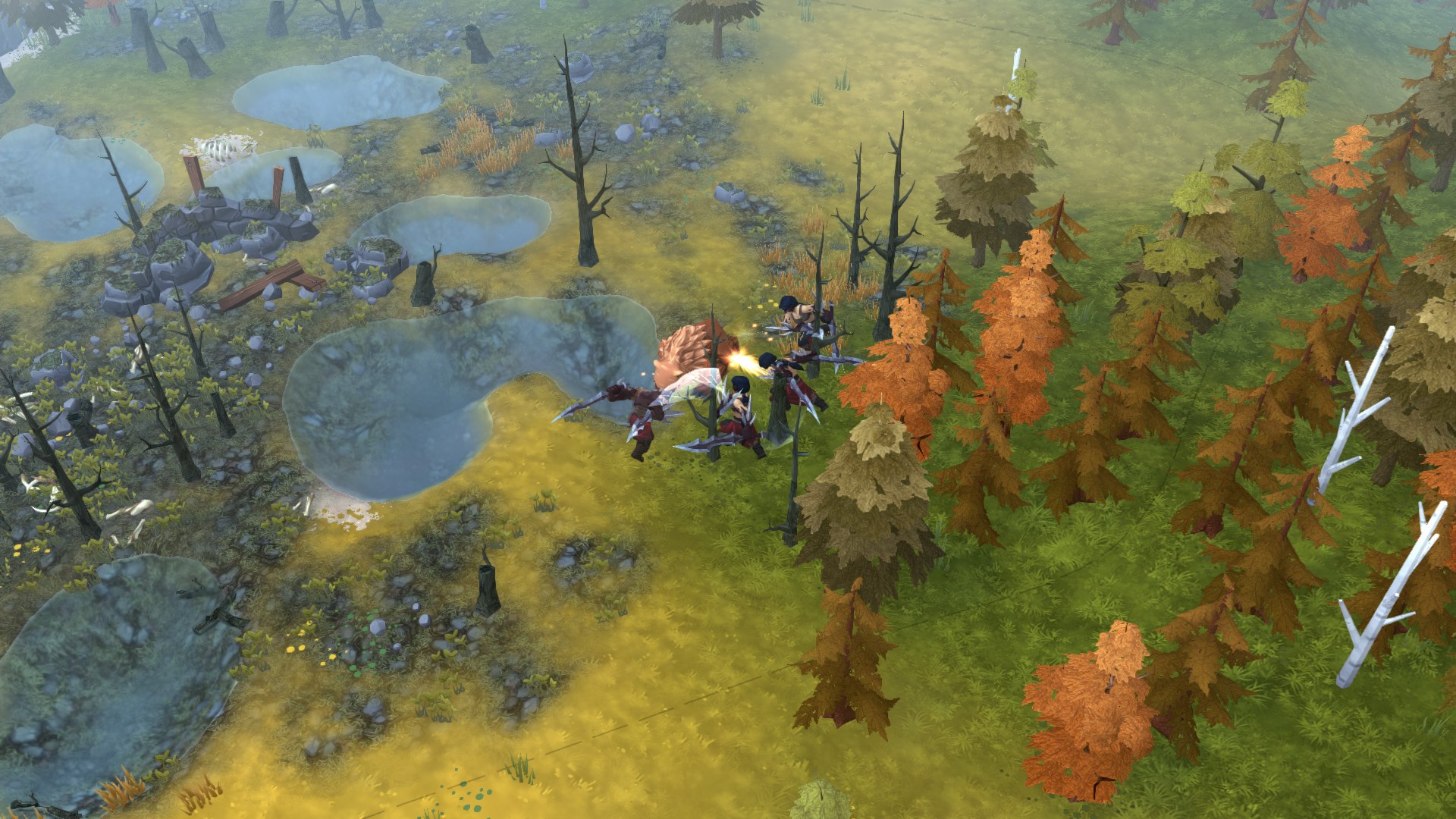 Description:
Attention! This add-on requires Northgard to run.
Nidhogg, Clan of the Dragon Dragons, the most unusual of all clans, follow ancient traditions and practice strange rituals. They use slaves and make sacrifices to achieve their goals. Other clans are skeptical of them, and the clan starts the game with several bonuses.
Your civilians can enter neutral territory.
The injured do not receive a penalty to happiness and production.
You start the game with a sacrificial fire. You can build a Draconian Altar instead of other military buildings.
You start the game with 2 slaves. Slaves can be bought at the Drakkar pier
Slavery, Sacrifice, and the Dragon Essence Gauge
Slavery is an important part of the clan economy. Like civilians, slaves can enter neutral territory and fight. Slaves do not count towards population counts. They don´t need housing. The maximum number of slaves depends on the current clan size. Slaves eat less than villagers, but harvest 50% less resources. New slaves can be obtained in two ways.
You can buy slaves at the pier. Each new slave will cost more than the previous one.
After collecting the lore of captivity, you can enslave representatives of other factions.
Slaves are a powerful economic and military resource, but their number must be controlled! If there are more slaves than the rest of the population, they will rise! Sacrifices and the Dragon Essence GaugeThe Dragon Clan starts the game with a sacrificial fire already built and accessible only to this clan. At the stake, you can sacrifice any of your creatures to honor the gods and ingratiate themselves. By making a sacrifice, you will receive the essence of a dragon and with its help you can unlock various bonuses. Draconids and their altar In the Dragon clan, ordinary military buildings are not built. You will only be able to build one military camp: the Draconian Altar. Each altar increases the size of the squad by 1 (an improved altar - by 2). Converting a villager into a drakonid is an irreversible process that will take 50 gold (10 for each new drakonid) and 1 dragon essence. Draconids are fierce fighters who are significantly superior in strength Dragon Lore Tree The Dragon Clan has 5 new lore types available.
Hard work
Blood, sweat and tears
Captivity
Slave trade
Dragon frenzy
(C) 2016 Shiro Games. The Shiro Games name and logo and the Northgard name and logo are trademarks of Shiro Games and may be registered trademarks in certain countries. All rights reserved.