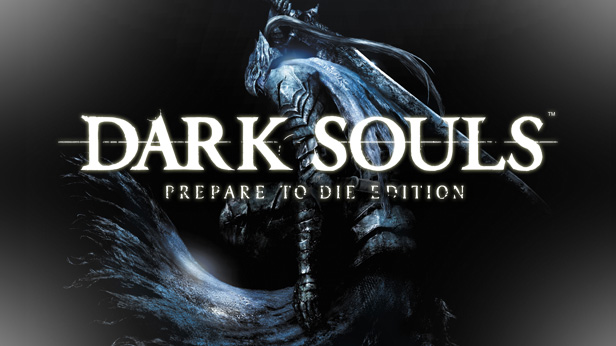 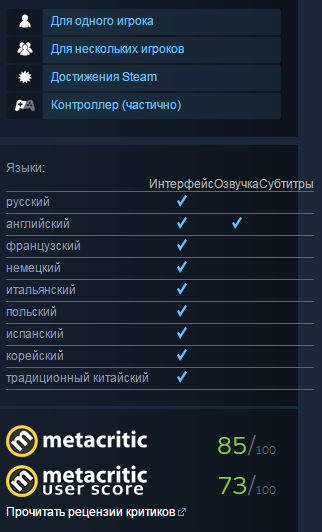 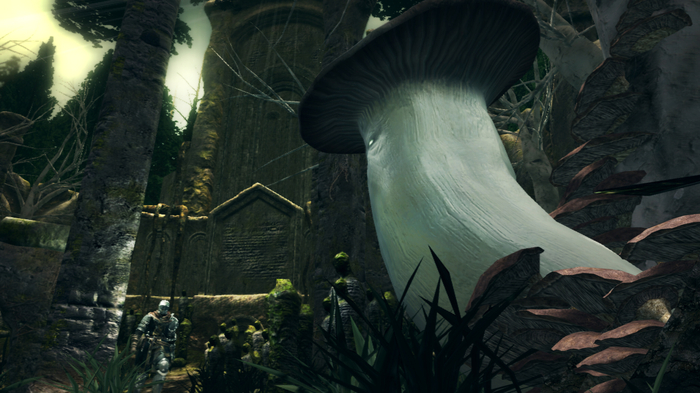 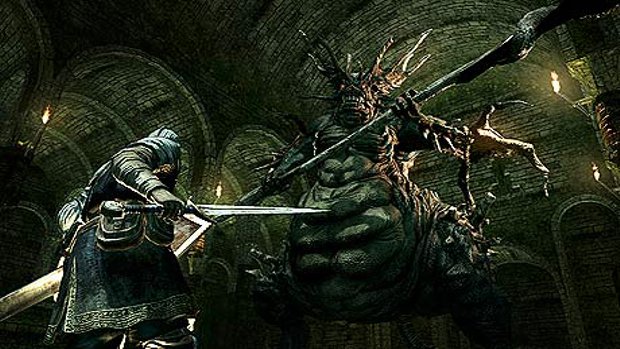 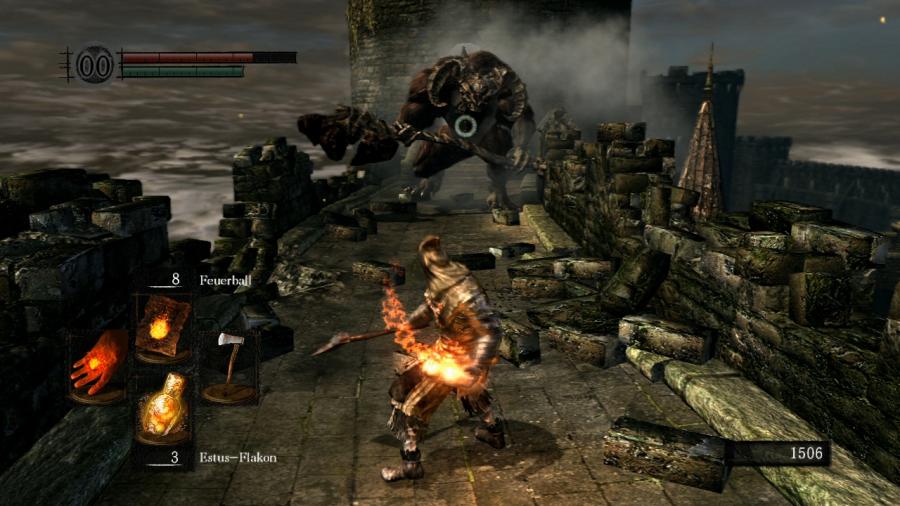 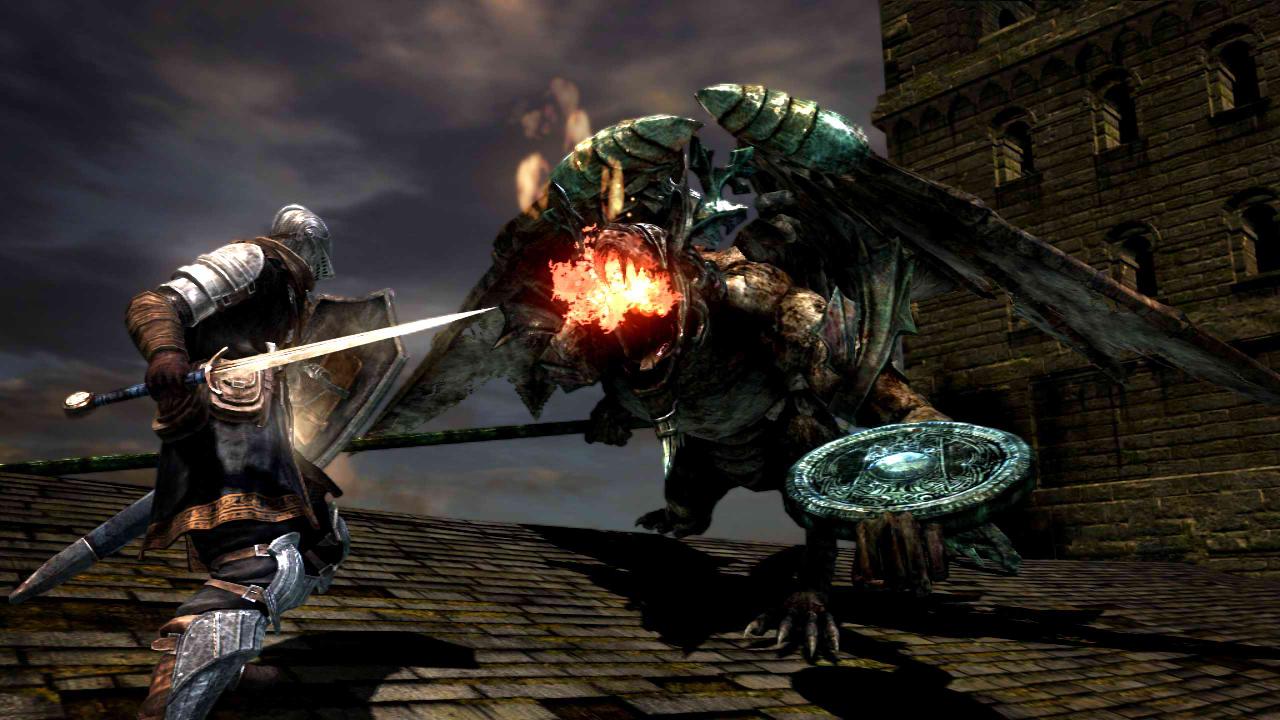 JacknetShop information about the seller and his items
offlineAsk a question

About this game
New materials for PC
Dark Souls ™: Prepare to Die ™ Edition includes an untold chapter of world Lordran in which the player will go into the past, at a time when Knight Artorias was still alive.
New bosses - including the Black Dragon, Guardian of the Sanctuary and Artorias of the Abyss.
Arena and PVP-PVP-organization system matches - Quick Match 1 on 1, 2 on 2 and 4 players to battle.
New zones - including Olachil, Olachilya Sanctuary, Royal Forest and the Battle of the Stoics to hone skills PVP.
New enemies - including forestry bogey, Prisoner, Stone Knight.
New NPCs - including Goh Hawkeye and Elizabeth (the keeper of the Sanctuary).
New equipment - weapons and armor can be found at the new bosses, enemies and NPCs.
Story
Dark Souls - the new role-playing game from the company FromSoftware, created the game Demon´s Souls. In Dark Souls, you meet a lot of familiar elements: the universe in the style of "dark fantasy", dark dungeons, battles with terrifying enemies and unique possibilities of interaction with other players. Dark Souls - it´s not a direct continuation of Demon´s Souls, but rather a spiritual successor to the game. Get ready to see a new, immerse yourself in the world of despair, which you can freely explore. Get ready to hear a new mysterious story, the story is developed around the royal crown and the dying flame in the heart of the world. But above all, get ready to die. You will find many deadly traps, hordes of grotesque monsters, incredibly powerful demons and dragons. To cope with the trials of this unforgiving world, you have to learn from the fatal mistakes. But you´re not alone. In Dark Souls in your world may appear in the souls of other players, so you can learn from their failures, and they, in turn, on your own. In addition, you will be able to call on players or invade another´s worlds to fight in PVP-fights. In Dark Souls have fires that act as save points. While relaxing by the campfire your health and mana restored, and all the enemies respawn. Remember: Dark Souls no really safe place. As the game difficulty level will increase, so that Dark Souls will be your most serious test of the game this year. Can you survive the thousands of deaths and perpetuate his legacy?
Key features:
The gloomy atmosphere and difficult challenges - learn how to quickly devise a plan of action in order to avoid punishment, but to get the reward.
Completely seamless world - Explore the grim fantasy universe, which are closely intertwined dungeons and outdoor spaces.
60 hours of gameplay, around 100 horrifying monsters and subtle role-playing system, which includes weapons, armor, miracles, fate, and much more. Success depends on the ability to use the spell at the right time, the choice of armor, weapons and the number of its species, as well as movements that they can do.
Multiplayer - Players can meet in PVP-fights or to unite and fight against huge bosses, shoulder to shoulder.
The flexible character creation system and role-playing games - carefully choose the skills that you will develop. On this depends the future style of play.
Community - Keep track of your other players learn from their deaths and communicate with friends, helping them or sending them to certain death.
Bonfires - a very important element of Dark Souls for many reasons. They serve to restore health and mana, and to save the game. In addition, in this dark world, they can only give a little bit of warmth and tranquility.

• Be convinced that you buy those goods which are necessary to you!
• If you have questions, use "Web Messenger" the Ask a Question button!
• You buy digital goods "GIFT" of Steam which has no physical box!
• The bought goods aren´t subject to return and an exchange!
• After goods payment you instantly receive the unique link according to which will be able to pass and take away Steam "GIFT"!
• The earnest request to take away at once the bought goods and to leave a review of the made purchase.


CAUTION This gift can be activated only in these countries: Armenia, Azerbaijan, Belarus, Georgia, Kyrgyzstan, Kazakhstan, Moldova, Tajikistan, Turkmenistan, Uzbekistan, Ukraine, Russia
Remember, Gift items unique return and exchange can not be!

1. It is necessary to download and establish the client of Steam http://steampowered.com/about (if it isn´t established yet);
2. To register a new account in Steam or to come into the existing;
3. To follow the bought link or to copy and insert the link into your Internet the browser, to become authorized under the account of Steam, to accept a gift and to choose:
a) "Add to my game library" (game is forever assigned to your account)
or
b) "Add to my Steam Gift inventory" (game will be in your stock where you will be able to activate or transfer after it to other user of Steam);
4. After activation game to appear in your library of games where you will be able to download it and to take pleasure in game.