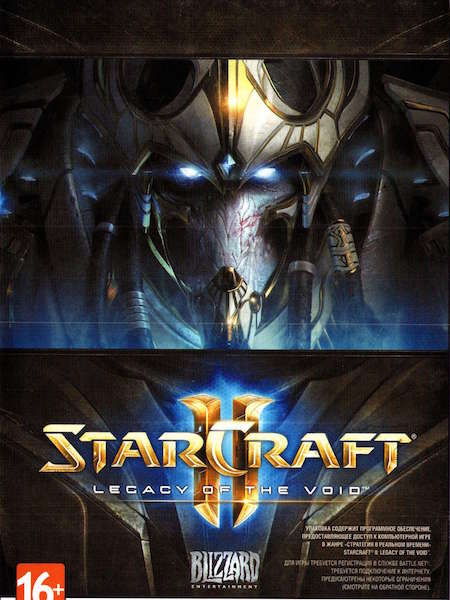 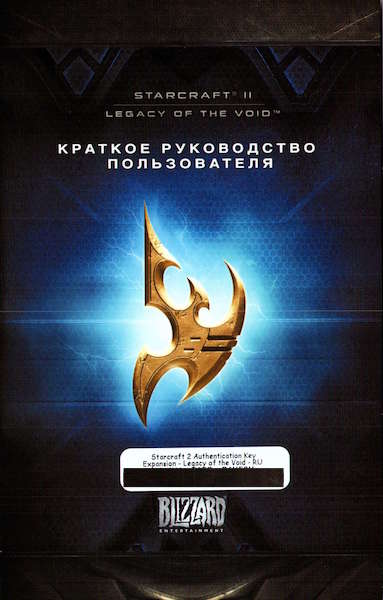 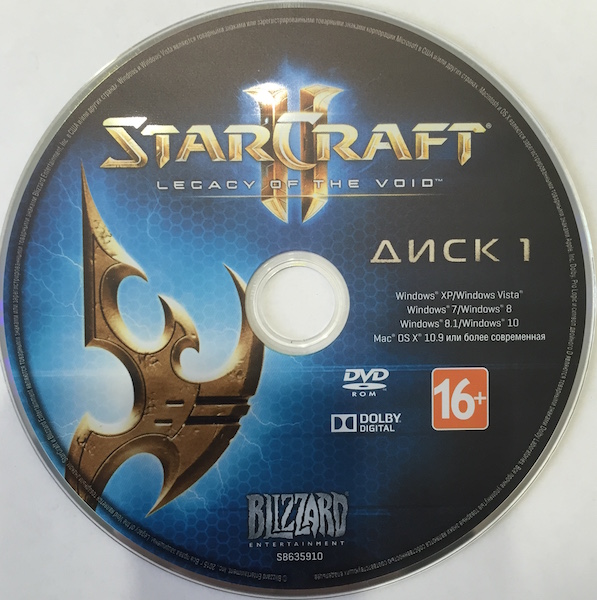 Molotok.NEW information about the seller and his items
offlineAsk a question

♒ NOTE: Immediately, after your payment, you will receive a license activation key of the game!
* The key you will receive in your account http: //www.oplata.info.At the same time, link to the page with the key will come to your e-mail specified at purchase
After the order, the system automatically (without us) immediately send you to mail the license activation key games

♒ GIFT: Random STEAM-game
Each buyer, who left positive feedback, will receive a gift - random STEAM game.
* Game key will be sent within 24 hours on your mail, you specified at purchase.

!!! Does not require payment of subscription and the presence of the original game StarCraft II: Wings of Liberty and StarCraft II: Heart of the Swarm. No time limits.

Topic StarCraft II: Legacy of the Void continues the story told in the game StarCraft II: Wings of Liberty and the first addition to her Heart of the Swarm. The new campaign - this is the final part of the thrilling storyline trilogy. Legendary Protoss Artanis and Zeratul make an attempt to combine their counterparts in an intergalactic battle against ancient evil from the Void, which is a threat to the entire universe. In the scale of the new campaign on the protoss, players will take control of "Spear Adun" - a huge ship´s Ark, with sufficient power to influence the outcome of any battle - decide the fate of the Protoss and find out what fate has prepared the Queen of Blades and a hero Terran Jim Raynor, the former sheriff, now - the leader of the rebels.
• StarCraft II: Legacy of the Void - an independent addition. For the game does not require your copy of StarCraft II: Wings of Liberty and StarCraft II: Heart of the Swarm.
• The new campaign - this is the final part of the thrilling storyline of the grand sci-fi trilogy. In a large-scale confrontation will decide the fate of Jim Raynor, Kerrigan, Zeratul and the other characters.
• In the new mode, "Archon" two players together control a base and combat units in the battle with the same duo of players from the opponent. All participants of the battle can share responsibilities for command of the troops, the extraction of resources and the defense of the base, as well as apply a new - more diverse - strategy and tactics of warfare.
• The new joint operation "coalition" of the players together to accomplish their goals and take on the role of the legendary commanders of the saga StarCraft. Each commander has a unique set of abilities and enhancements, as well as special reinforcements for his army. As you progress through the scenarios players will raise the level of their commanders, and to develop their abilities.
• For a network game StarCraft II: Legacy of the Void presents a number of new units, as well as new improvements of existing ones. The Zerg Swarm returns Lurker - being from StartCraft, which is able to destroy the enemy infantry with deadly spikes, suddenly appear out of the ground. Protoss seized destabilizer - new weapons, literally sweep clusters enemy ground troops with powerful release of energy. Terran same concen- on achieving air superiority, and this will help them "liberators" - a universal heavy ship with two rocket launchers that can be converted into a fixed firing platform.

1. Login to your account on the Battle.Net website
2. Click the "Add a Game Key" button
3. Enter the key you´ve purchased from Gamer-Outlet and press "Redeem Code"
4. Validate the game information and press "Continue"
5. The game has now been added to your Battle.Net account. You can now download and play the game.

Related to item "I♒StarCraft 2 II Legacy of the Void+STEAM gift":