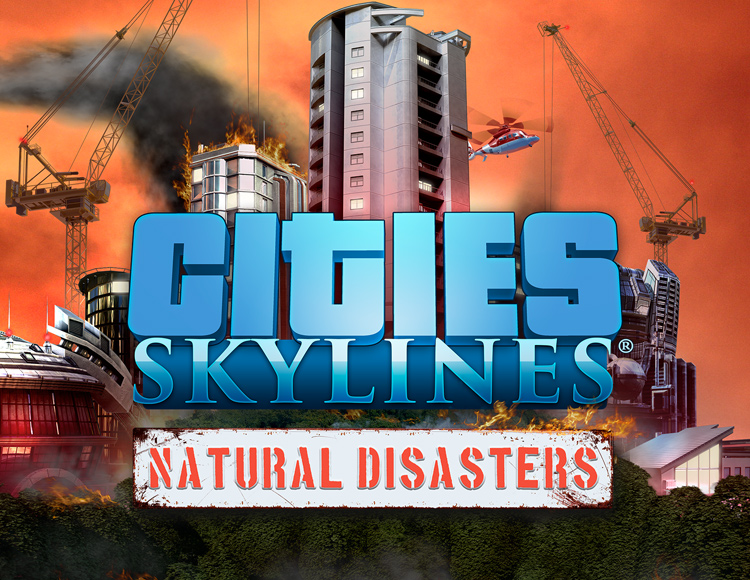 * INSTANT DELIVERY IMMEDIATELY AFTER CONFIRMATION BY YOUR PAYMENT *

Attention! This addition, to activate it requires the main game Cities: Skylines!

After payment of the order, the system automatically (without our participation) will instantly send you a link to the email to access the official activation key for additional content for the game Cities: Skylines - DLC Natural Disasters

In addition, Natural Disasters includes a whole catalog of various disasters, which players will have to deal with. You will depend on the planning of early warning systems and emergency routes of special services, and the cleaning up of the devastating effects of a disaster, the restoration of a destroyed city and the support of the population.

Addition also includes a new script editor and a special mode that allows players to finally win (or lose) the game on their own terms.

New depth of gameplay. Manage your city during dramatic cataclysms from forest fires to the fall of a meteorite.
With great power come great opportunities. Prepare for disasters and their consequences using an early warning system and a variety of countermeasures, including special services helicopters and the evacuation of civilians. At last, Paradox has a game in which Observation of a comet means something.
Objectively great innovation: script mode. The Natural Disasters add-on includes 5 scenarios for real masters of crisis management, which describe unique game objects, such as the city where the game began, victory conditions, time frames, and more. The add-on also updates the Game Editor, with which you can now create your own scripts.
Chirperopocalypse today! Finally, new hats for the "Chirpera".
Radio saved the game: Introducing a new broadcasting system that helps to quickly inform about emergency situations and evacuation news.

Activation:
- If the Steam client is not installed, download and install it.
- Log in to your Steam account or register a new one if you do not already have it.
- Select the item "Activate via Steam ..." in the "Games" section or click "Add Game" in
bottom left of the application and select "Activate via Steam ..." there.
- Enter activation key. After that, the game will appear in the "Library" section, and you can download it.