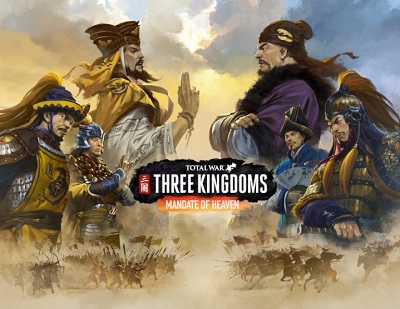 Uploaded: 03.07.2021
Content: Total War THREE KINGDOMS Mandate of Heaven_4.txt 0,24 kB
Loyalty discount! If the total amount of your purchases from the seller GameCod more than:
If you want to know your discount rate, please provide your email:

You buy an official key, which you receive immediately after payment in the window that opens, as well as a link to the page with the key that will come to your E-Mail specified during purchase.


Each buyer who leaves a positive review (I want a gift) gets one of more than 40 different games for Steam. Which one? You will find out about this when you receive your GIFT.
It can be activated on "Steam".

To receive a gift you must:
1) Buy a game from us
2) Leave positive feedback with the comment "I want a gift"
3) Expect.

Gift distribution is done within 48 hours after writing a comment.
Attention!! By submitting a review, you guarantee that you have read all the conditions for the Gift and if something is not clear, you have asked.

182 year. Internal conflicts plague the Han Empire. China is on the verge of anarchy. The imperial court is mired in corruption, while the north of the country is struck by a terrible famine. More and more people believe that Emperor Ling has lost his Heavenly Mandate - and therefore the right to rule.

Across the country, dissatisfied with the authorities stray into groups, put on yellow armbands and take up arms. The movement is headed by three Taoist brothers - Zhang Jue, Zhang Liang and Zhang Bao. They are eager to destroy the rotten Han power and to establish a new dynasty on the throne - a dynasty of harmony and peace. The ranks of the rebels already number thousands of people, and their number is multiplying every day.

Princes loyal to the emperor gather under the Han banners - powerful and influential military leaders. But among them there are those who hide their own ambitious plans. If the Han dynasty becomes even weaker - who will snatch the scepter of power from her hands?

The Celestial Mandate Chapter Pack focuses on the uprising of the Yellow Bands, allowing players to take part in these events on the side of loyalists or rebels. The campaign introduces a number of new factions and many characters to the game. It begins in A.D. 182. BC, but you can continue to play it with the onset of the Three Kingdoms period - familiar characters will appear in the campaign as it develops.

SUPPLEMENT FEATURES:
- The largest and most detailed addition to Total War: Three Kingdoms since the game was released
- Start your campaign in 182 CE BC, shortly before the uprising of the Yellow Bands ...
- ... and keep playing until the era of the Three Kingdoms
- New characters and six new factions, including the Zhang brothers and Emperor Ling
- Unique game mechanics, new events and goals
- 40 types of new units with special abilities
- Play as famous characters like Cao Cao and Liu Bei at the very beginning of their glorious journey

Birthday of MY. GAMES