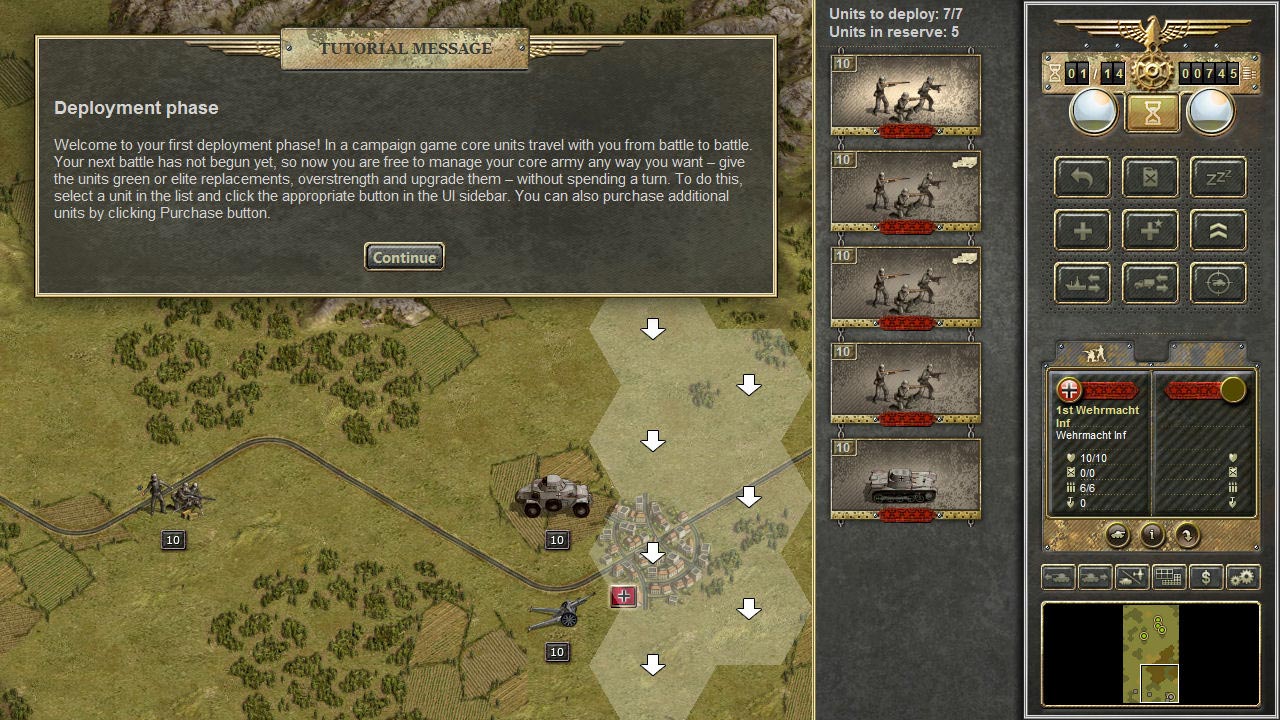 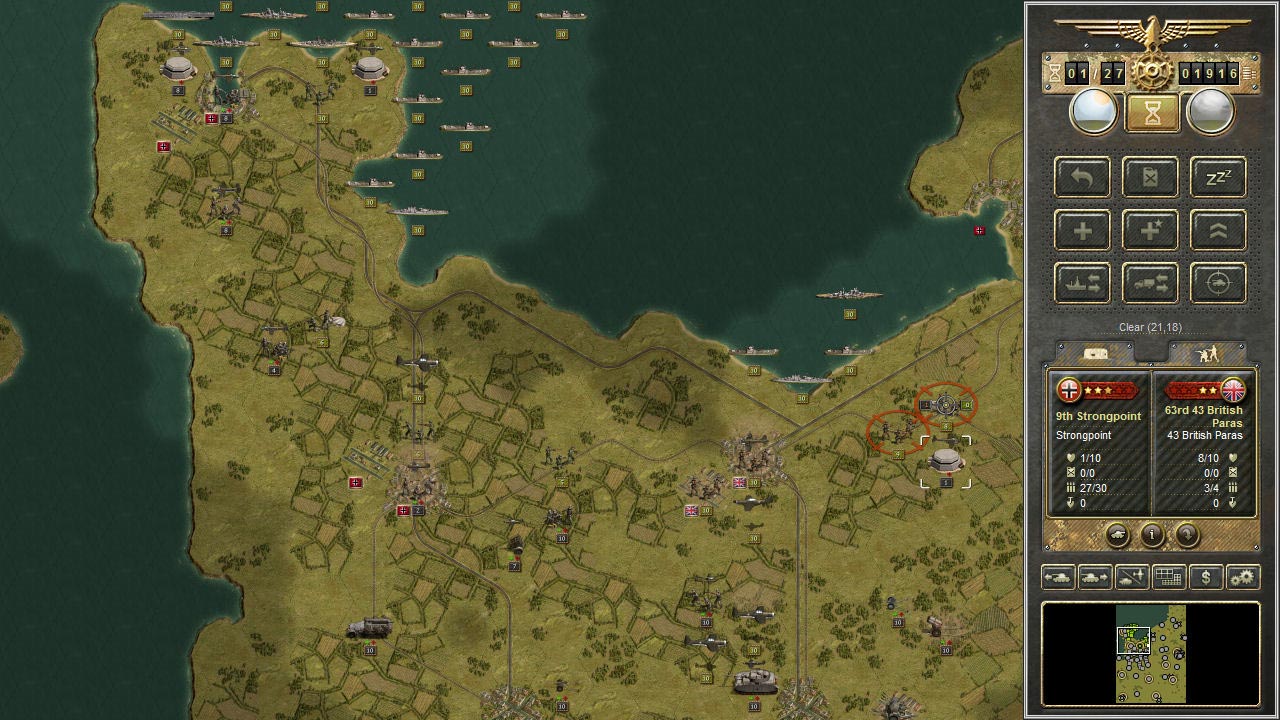 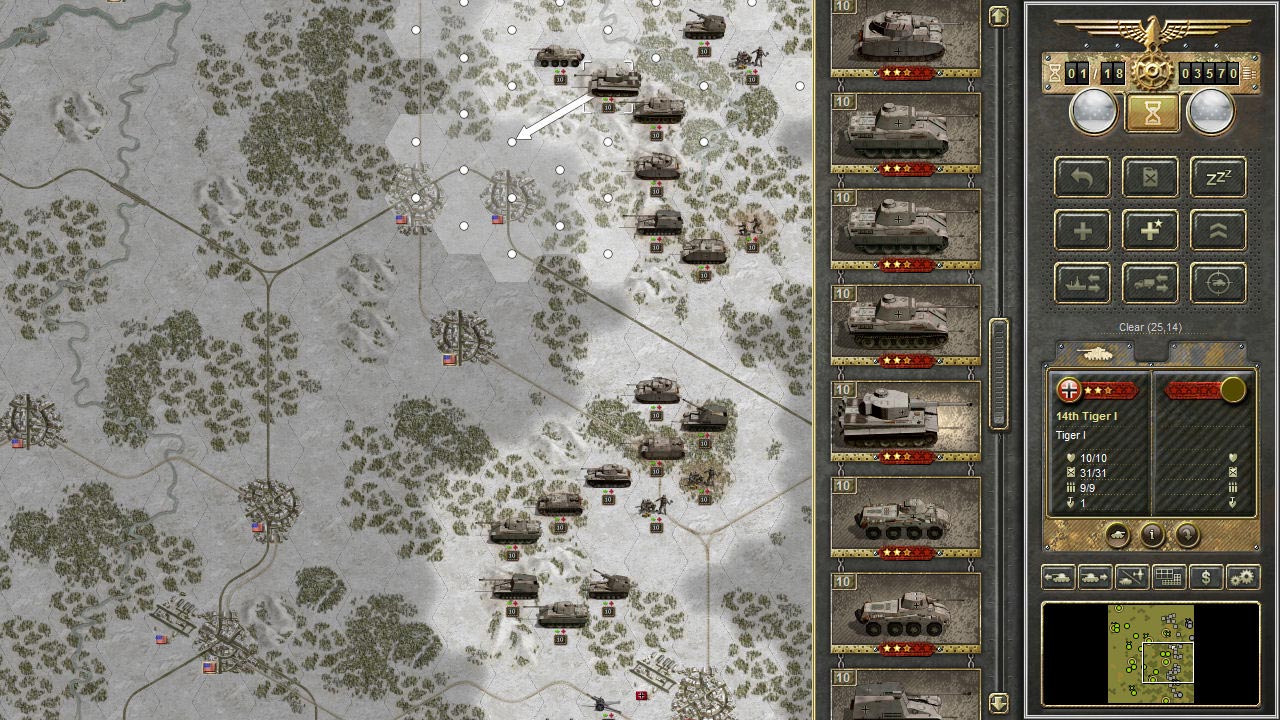 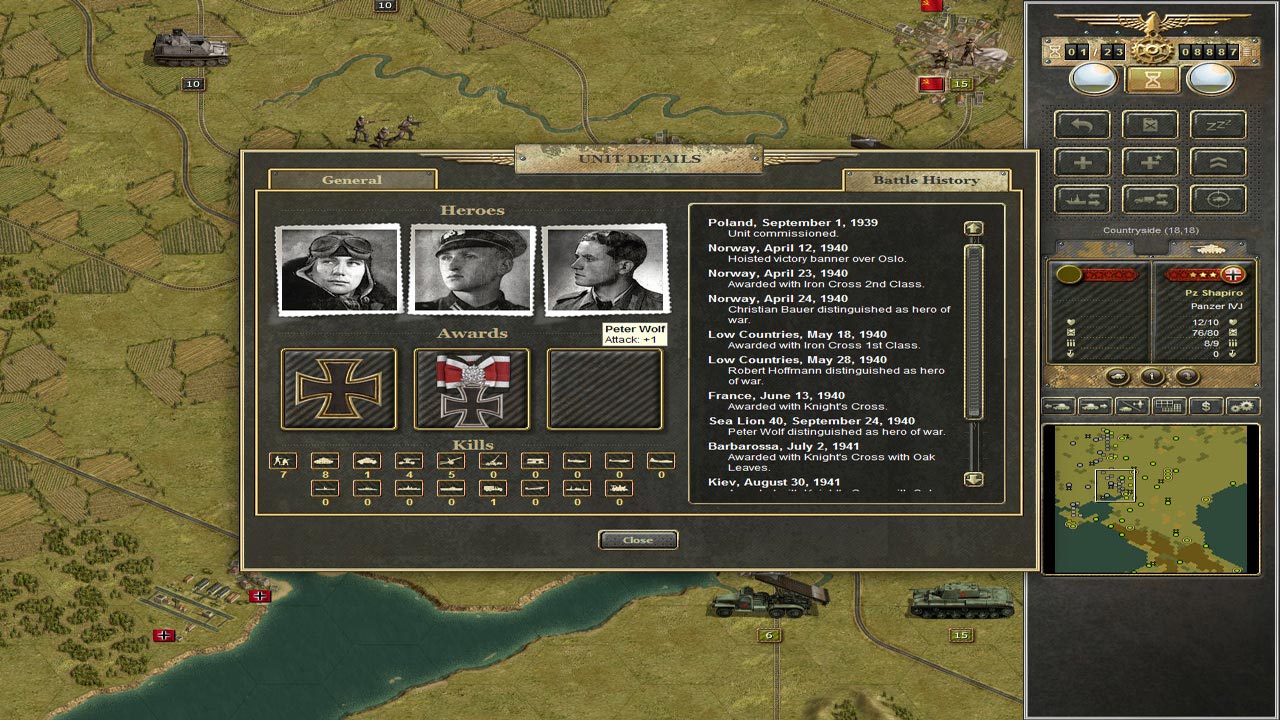 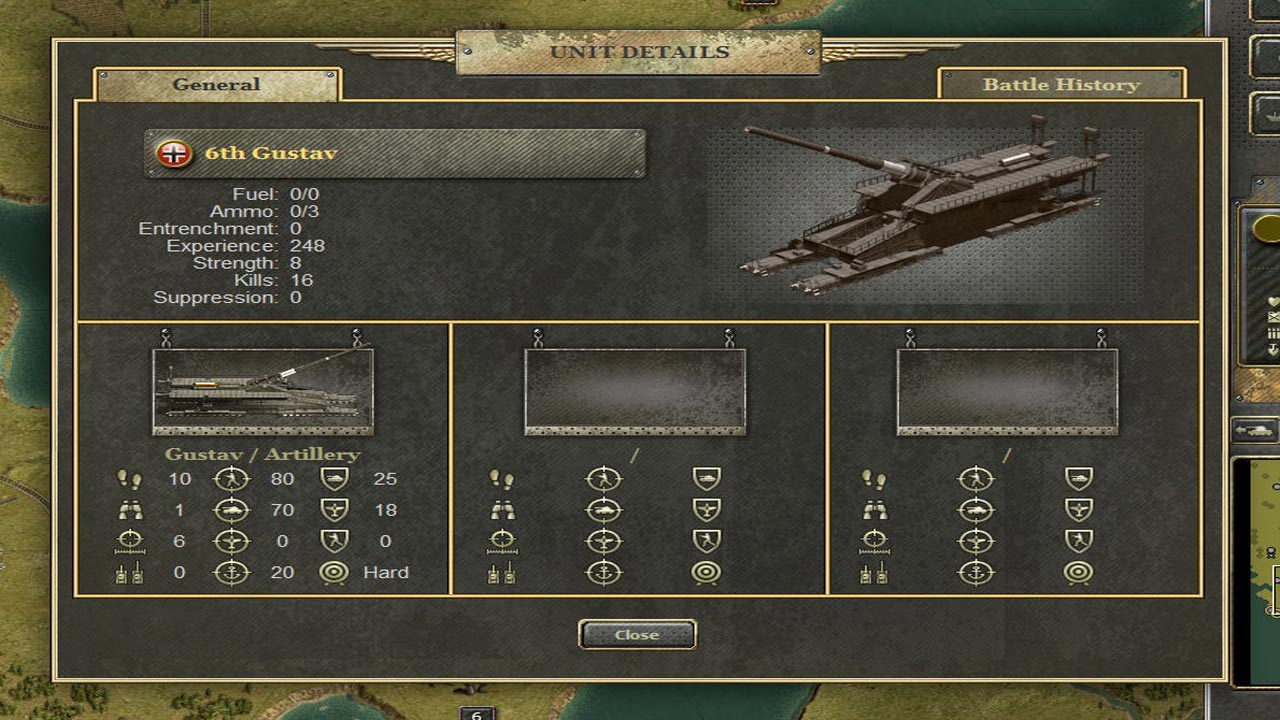 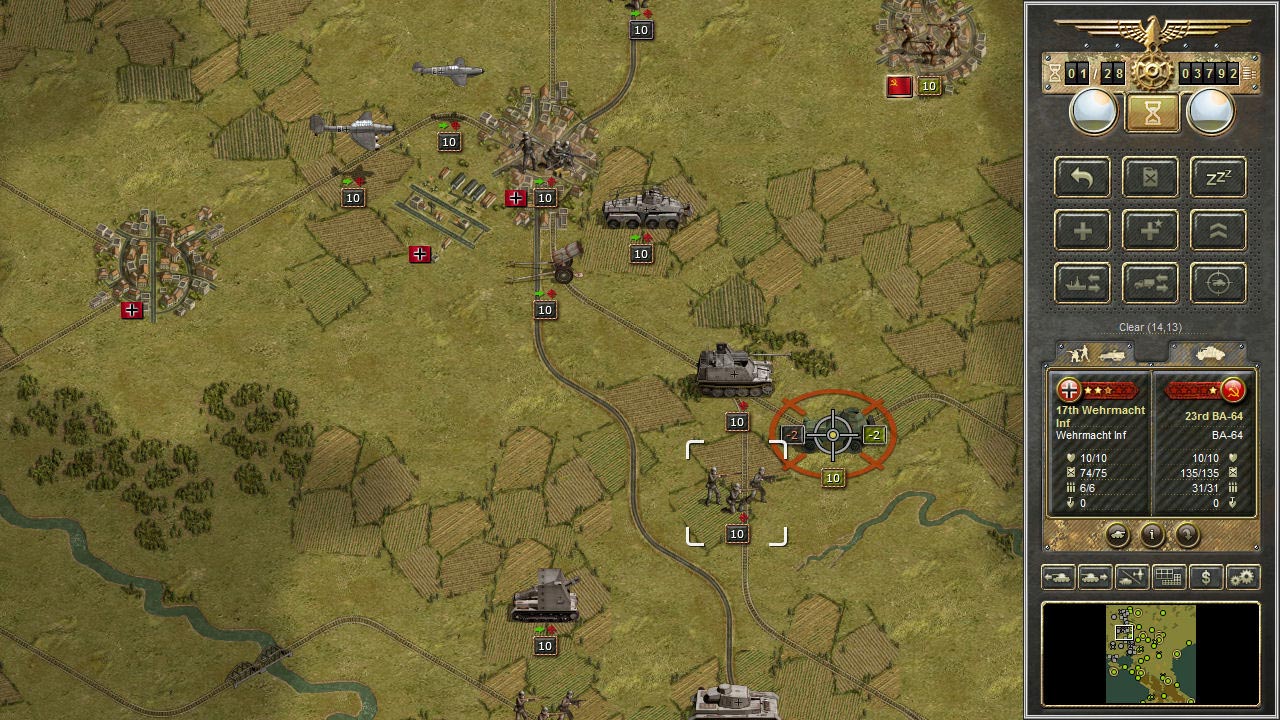 
Panzer Corps
Classic gameplay. New opportunity. The tank Corps of the Wehrmacht is a brand of new turn-based strategy, it is the rebirth of the classic kind of games. The game was developed by a team of experts, the game was perfected by thousands of fans. 2 years the game went from hand to hand to become a really high-quality product. Tank corps makes it possible to unleash the most brutal war in the history of mankind. Use different combinations of tactics of different armies to defeat your opponent. Use multiplayer to prove to real people their superiority in strategic thinking. Try to change the history of the war, defeat the USSR, capture America. And also try to repeat the feat of the red army, not allowing the enemy to seize his native land. All this in the best war game of 2011 – Panzer Corps. War doesn´t wait!

• Number. 400 types of combat units, divided into 19 classes with 20 detailed parameters and new abilities. 17 types of landscape that affect the gameplay in different ways
• Company. All 26 scenarios are linked, and even intersect, creating Windows into new scenarios. Depending on the outcome of each battle, the player will face different challenges in advancing through the scenario tree
• Nations. The game features the greatest powers: Germany, Italy, Poland, France, UK, USA, USSR, Norway, Belgium, Netherlands, Albania, Romania, Greece and many others
• Experience. In each new scenario, your units are transferred from the previous scenario as in real life. You can upgrade them, retrain. These units can be awarded real military awards

Panzer Corps: Allied Corps DLC
The Allied Corps add-on includes over 25 scenarios, over 50 new conventional and elite combat units, and a modified version of existing combat units to be able to see the war from within in terms of allies.

1. You need to download and install Steam http://steampowered.com/download/SteamInstall.msi (if not already installed)
2. Start the Steam client
3. Create a new Steam account or log in to an existing one
4. Go to the "Games" section and select " Activate on Steam»
5. Enter the activation key you bought
6. After that, the game will appear in Your list of games and you can install it