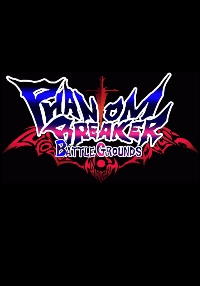 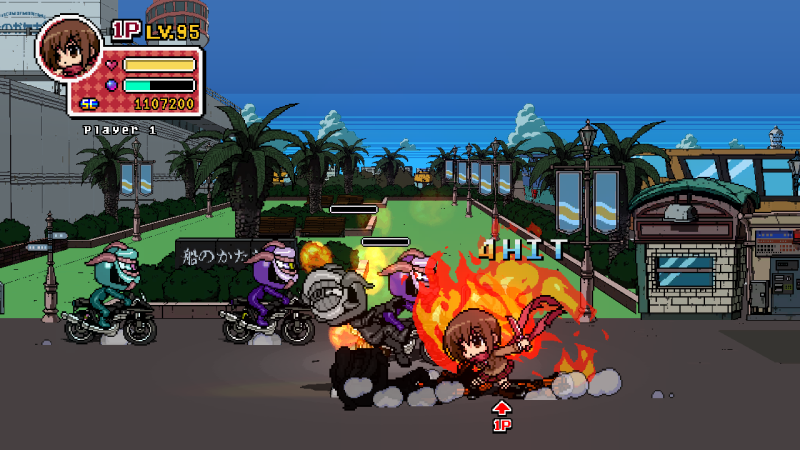 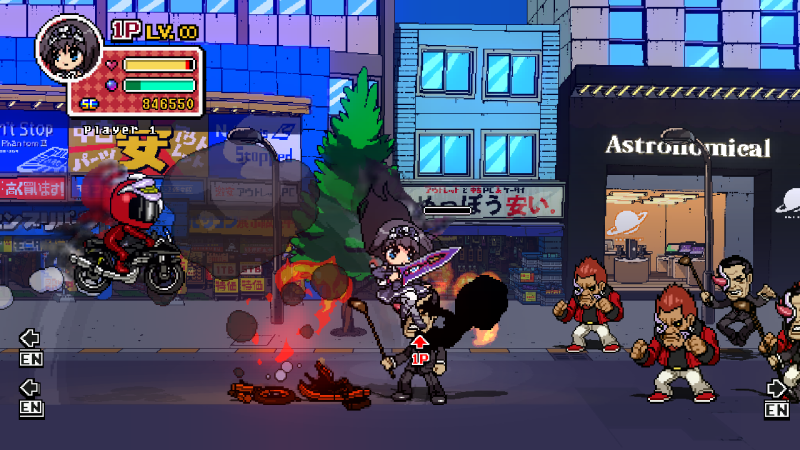 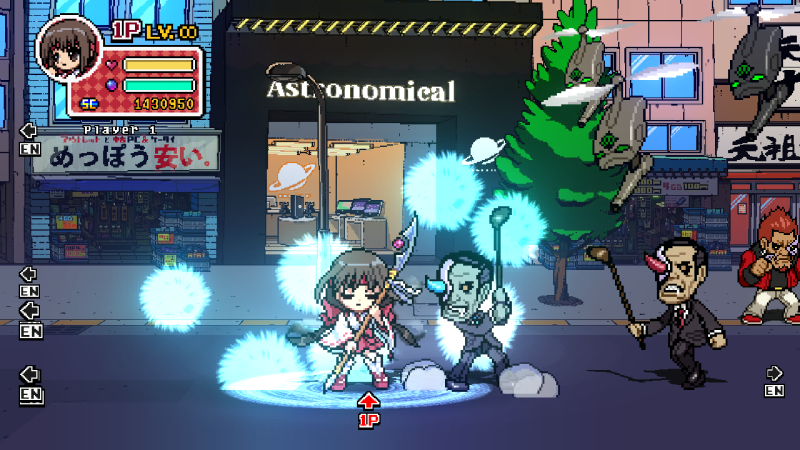 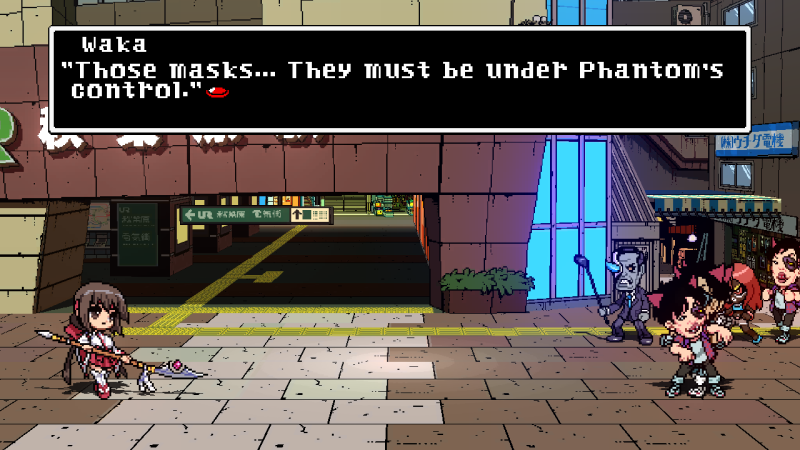 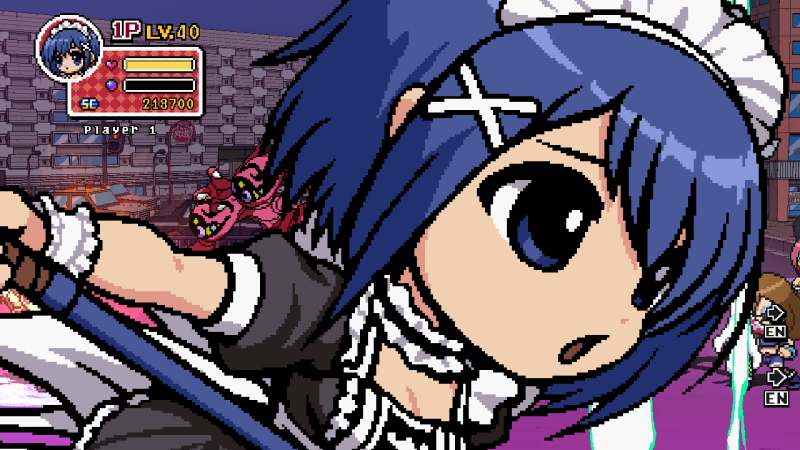 Phantom Breaker: Battle Grounds is a side-scrolling, beat-em-up game with side scrolling and is rated at 800 MSP. This is a side development of the fighting game Phantom Breaker, made in retro-style: chip music, pixel art, eight levels, combining 2-dimensional objects with 3-dimensional models. The game includes the modes "Plot", "Arcade", "Co-op" and "Battlefield". The action takes place in Tokyo. The mysterious man, known as the Phantom, has lost his dark powers, and is now trying to restore them. He gives young women armor, known as the “Fu-Mantion Artifacts,” and promises to fulfill their desires if they win in battle. However, each time the armor is damaged, the space-time continuum is damaged. With enough cracks, the full power of the Phantom will be released. Waka Kumon, whose family must protect the world from the Phantom, and schoolgirl Mikoto Nishina are trying to stop the villain. However, the Phantom escapes, taking with him Nagi, Waki´s little sister. Waka and Mikoto, united with the ambitious heroine, Itsuki Kouno and ninja Yuzuha Fujibayashi, are sent to rescue the girl.