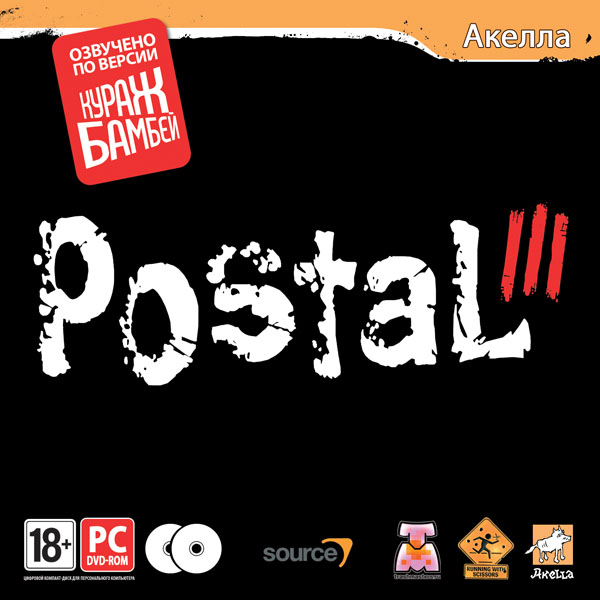 Paying the proposal you will immediately get a photo license key from the box with the game Postal III from Akella.

Unnamed dolbotryas known as the Dude, exploding atomic bomb Arizona town of Paradise, moved for permanent residence in the same hole with the intriguing title catharsis. At the new place dude, and along with it, and you already wait grotesque villains, stunning chicks, exciting adventures, and, as usual, entangled plot in the genre of social satire. Duplicitous mayor willing to do anything for the sake of the presidential campaign, the parents' committee of the city spends violent action in defense of morality, bikers, sodomites dissect the streets on segveyah survivor in Pakistan Osama bin Laden opened a diner, but a man-pipiska Crotch builds evil plans! But we are not cancer shit dude! Only he, with your course, help is able to establish order in the American heartland. Villains are defeated! No pasaran!

-Ham And creep back to the third part of the controversial shooter!
-Upravlyayte Trained animals - monkey, bees, cats, rabid badger and, of course, the dog Champ are your allies in the bloody battles!
-Ezdite Around town in a clean two-wheeler Segway!
-Terroristy, Environmentalists, fashion model, the legendary pop singer and even pornographic film actor as characters in the game!
-Arsenal Protagonist is amazing - from the banal to the gun and stun grenade and portable nuclear bomb!

NOTE: This is the official version of the company "Akella" - it has a territorial restrictions (suitable only for Russia and CIS countries)!
NOTE: To activate the license key required distribution of the game.

The activation key during the installation, you can download it here:
http://rutracker.org/forum/viewtopic.php?t=3833323

Hearts of Iron IV 4: Together for Victory (Steam)RU/CIS