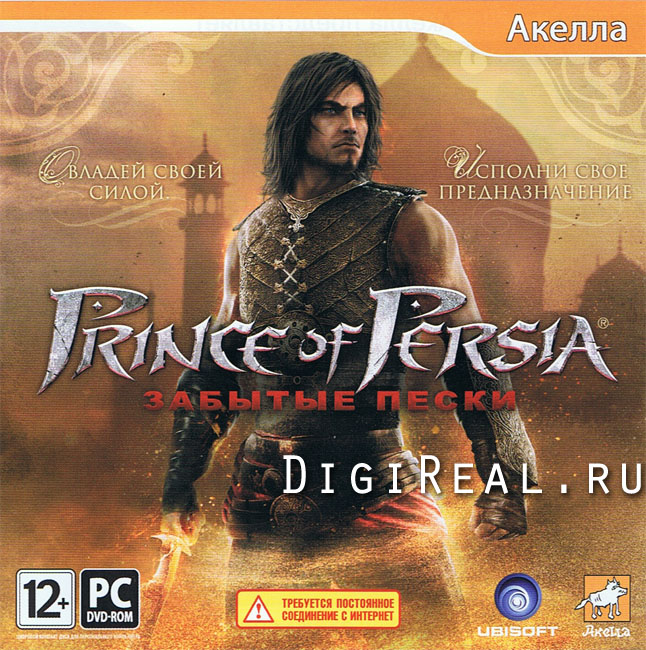 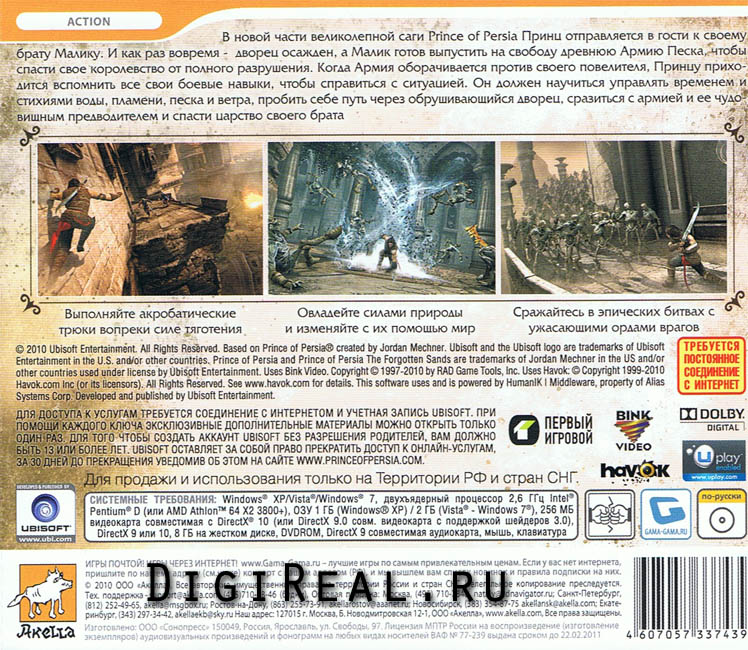 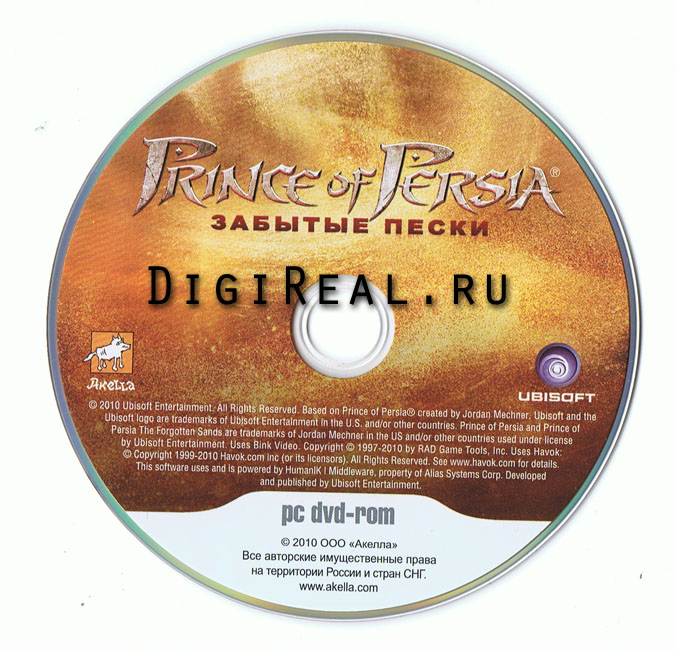 Instant delivery!
The license key activation of the box with the game Prince of Persia. The Forgotten Sands from "Akella".

The new part of the magnificent saga Prince of Persia Prince goes to visit his brother Malik. And just in time - the palace under siege, and Malik is ready to release the ancient army of sand to save his kingdom from total destruction. When the army turns against his master, Prince hallway recall their fighting skills to cope with the situation. He must learn to control the elements of water, fire, sand and wind to make its way through obrashivayuschiysya palace to fight with the army and its monstrous leader and save the realm of his brother.

In Prince of Persia: The Forgotten Sands developers implemented a new military model, thanks to which the battle can participate up to fifty enemies. In order to cope with so many enemies, the hero will have to use evasion, jumping, acrobatics, and most importantly - the Prince will be able to manage various aspects of nature: elements water, earth, wind and fire. Thus, during the most intense battles you can use force to protect the land or using wind power to create powerful tornadoes, which are scattered all enemies in different corners of the room. Some skills can even combine with each other.

- Continuation of the outstanding action of the prince of Persia.
- The original combat system with advanced acrobatics.
- Master the forces of nature and use them to change the world.
- Fight in epic battles with terrifying hordes of enemies.
- Graphic execution of the highest quality.

Note: The key can not be activated in the Steam!