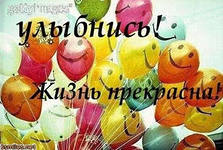 Completed tasks econometrics option 10
Task 2. Multiple Regression and Correlation
20 companies in the region studied the dependence of production output per worker (thous. Rub.) On the introduction of new fixed assets (% of assets at the end of the year) and by the proportion of highly skilled workers in the total number of workers (%)
Required:
1. Construct a linear multiple regression model. Record
standardized multiple regression equation. Based
standardized regression coefficients and average coefficients
elasticity to rank the factors according to their impact on the result.
2. Find the coefficients of steam, partial and multiple
correlation. Analyze them.
3. Find the adjusted coefficient of multiple determination. Compare it with the unadjusted (general) coefficient of determination.

4. Use the F-test to assess the statistical reliability of the Fisher regression equation and the coefficient of determination.

5. Use the F-test private Fisher assess the feasibility of the inclusion in the equation of multiple regression and factor after factor after.

6. Find the equation of linear regression of the pair, leaving only one significant factor.