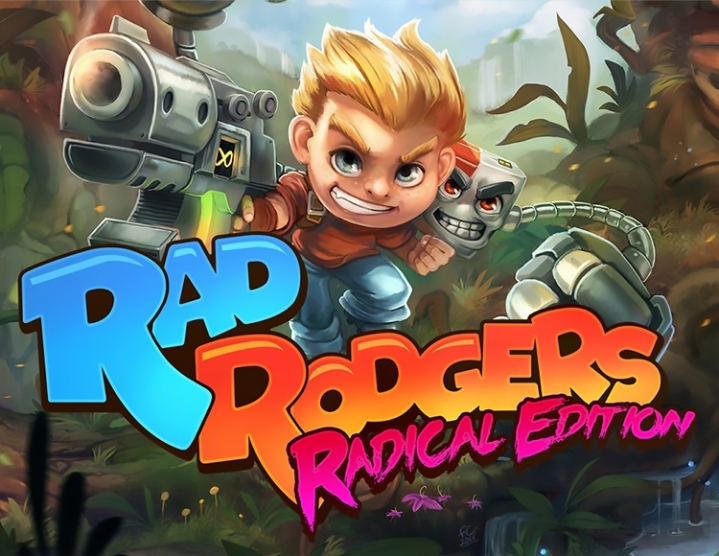 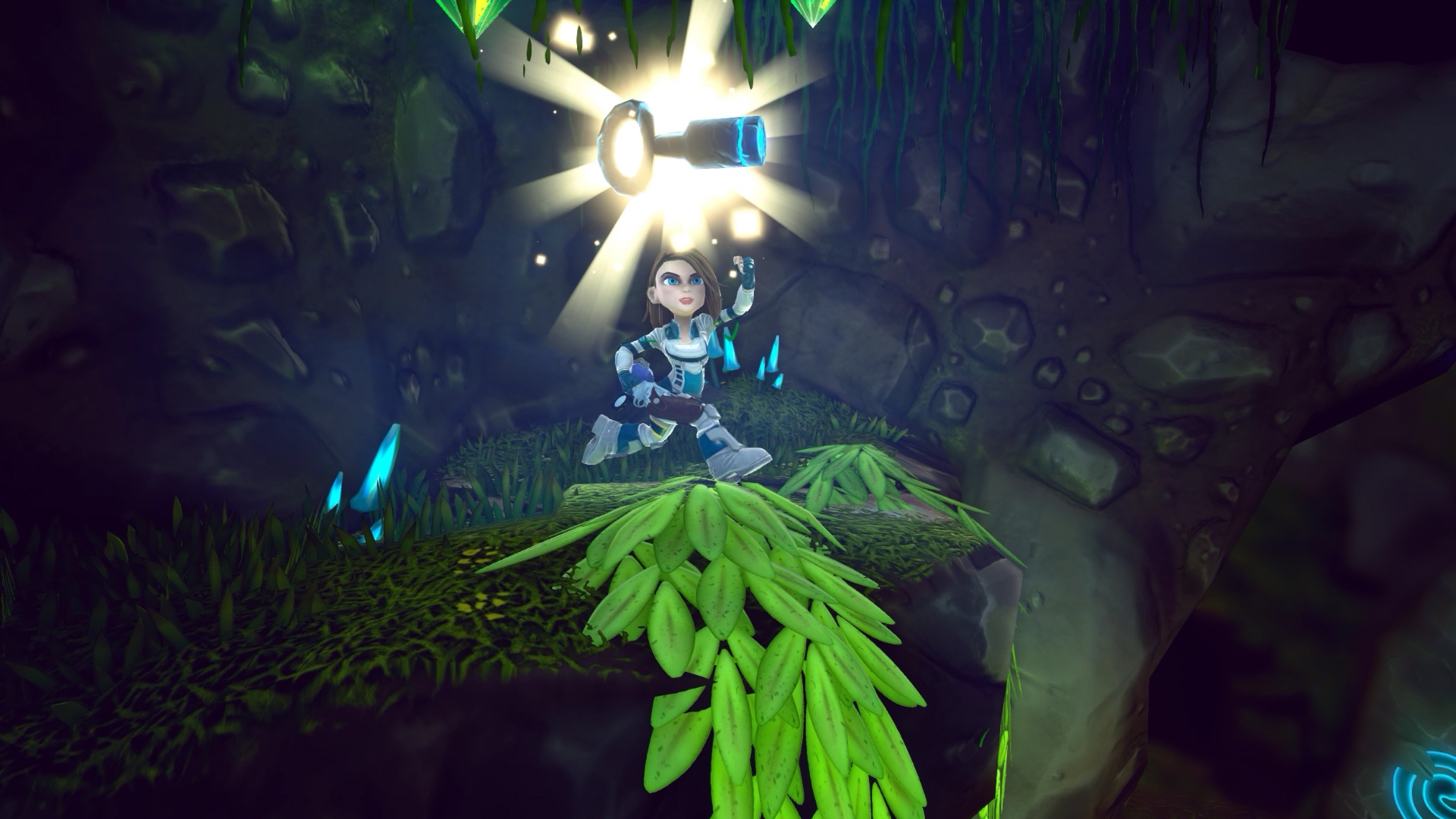 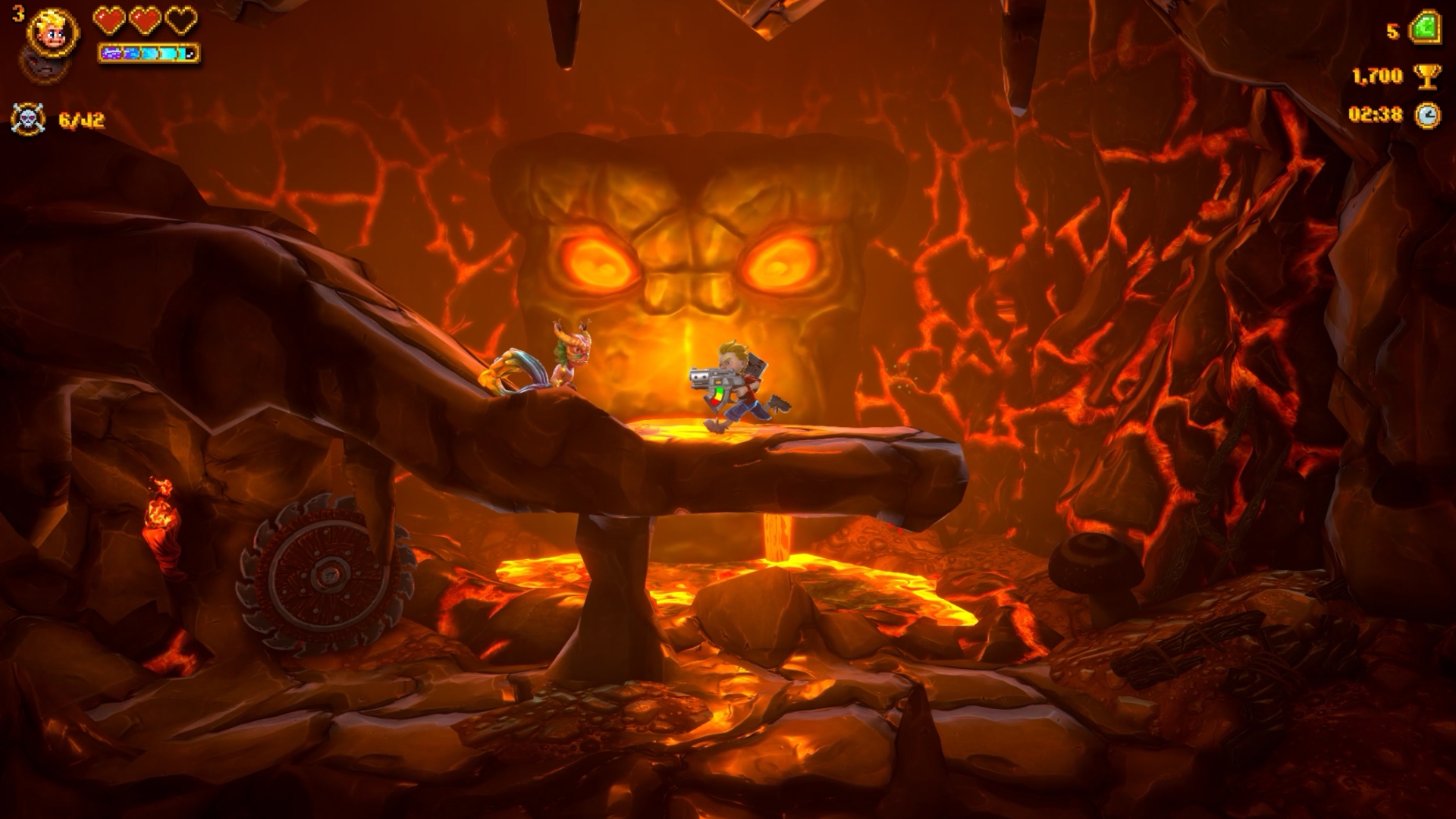 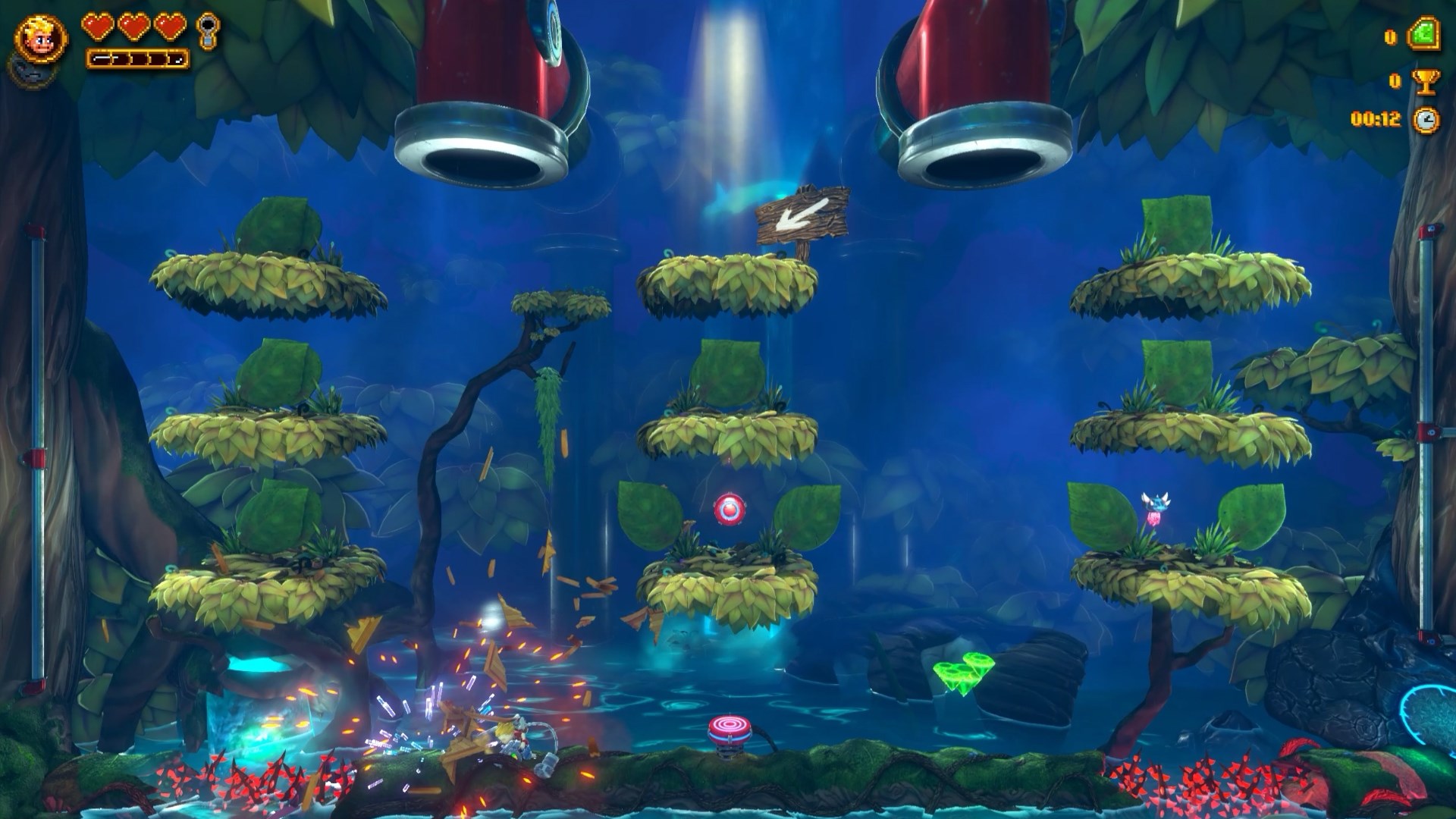 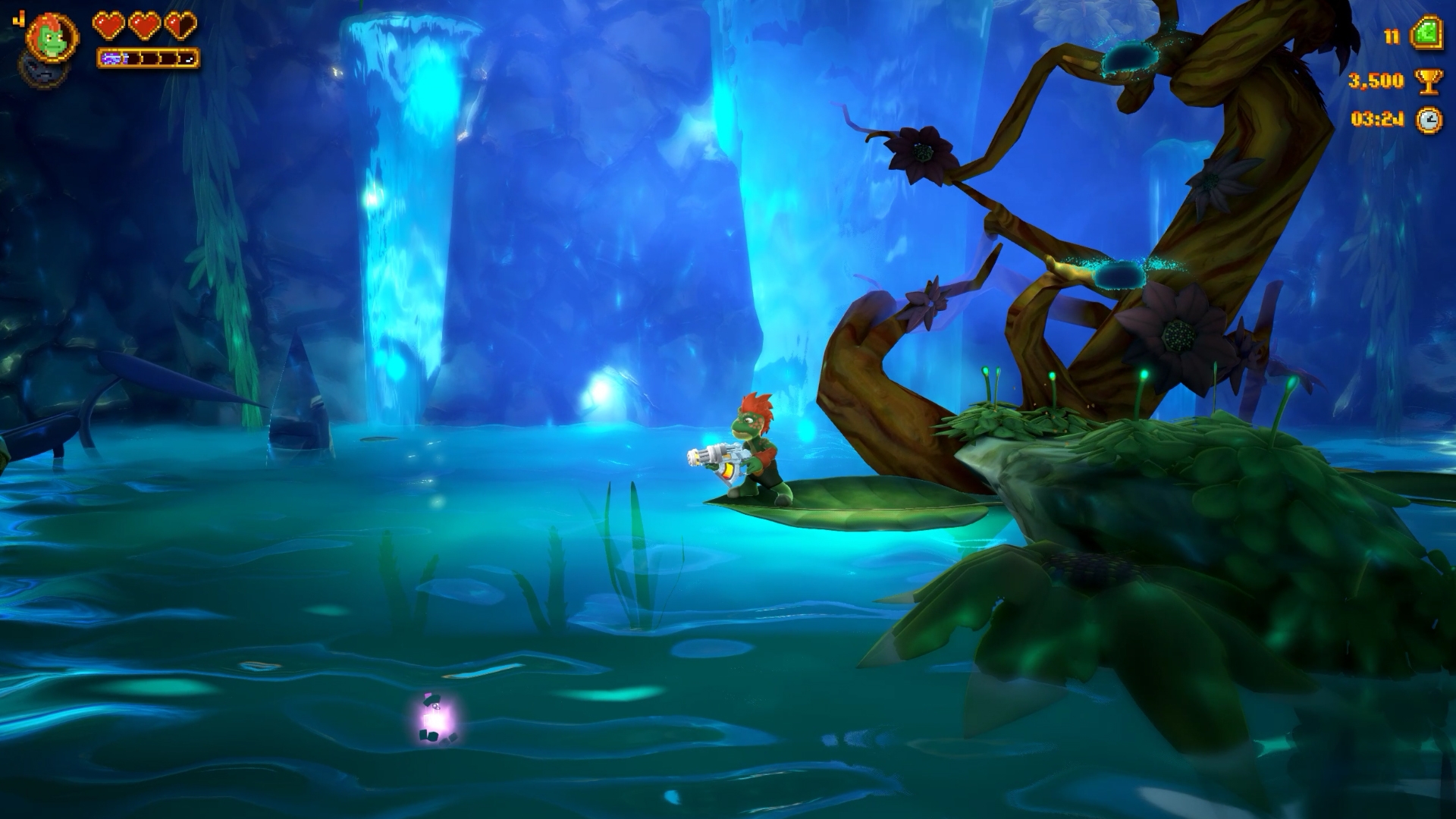 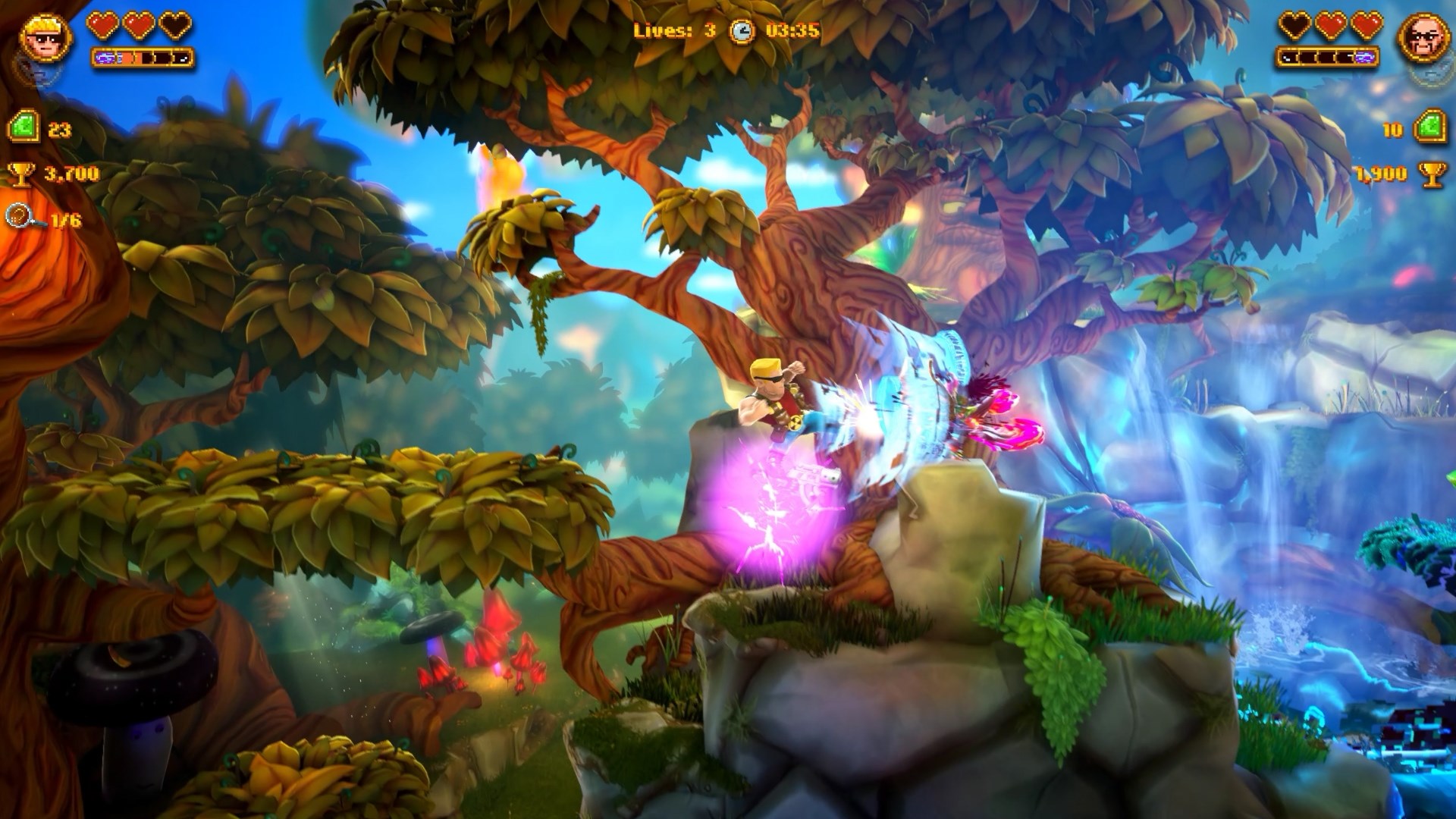 Description:
Red is a restless and lively kid, too much into video games. Dozing off after a sleepless night at the computer, Red discovered that his old dusty console itself was turned on. Suddenly, a whirlwind that has flown in will take him to the TV screen, where he finds himself in the role of the main character of his favorite adventure game. Dusty is a good-natured, albeit grumbling, Red´s friend - his gaming console. The clock frequency of his processor is not the same as it was before, but he more than compensates for the lack of megahertz with an excess of experience and insolence. Red and Dusty are going to meet dangerous adventures in a full world of events, humor and difficult challenges. The dead jungles are infected with terrible rot, and it will be very difficult for Radu with Dusty to save forest dwellers and again to make the Ancient Tree the guardian of local lands. Features: Weapon: Dusty equips Red with the most different cool weapons. His blaster has unlimited ammo, easy to use and has enough firepower. Cannon-phoenix shoots fiery birds whose wings smash enemies on the fly.Sound and music: Andrew Halshul combined his many years of experience as a musician and composer with a love for retro games and created amazing music based on MIDI melodies ... And synthesizers! Pixel: Red and Dusty did a great job, only Dusty wants to get into an electric Pixel - a dangerous place outside the game world, where the laws of space and time are violated. Dusty goes to Pixel when you need to fix glitches in the game world so that our heroes can continue their journey. Classic Easter eggs: The game has well-hidden collectible items and even better hidden secret rooms. To find all this, you will need a lot of skill. Radical EDITIONNew, improved version of Rad Rodgers includes the following innovations: A joint local game for 2 players - team up with a friend and set the heat on your enemies!
Battle mode for team-tired players. Fight against a friend and show who is in charge here!
New game characters!
New abilities!
New mini-games!
New world!
New levels!
And a lot of new secrets, collectibles and discoveries!